The 2020/21 Premier League fixtures were announced this week and it appears that we’ll begin the new FPL season with a Blank Gameweek for 4 teams.

Both Manchester clubs have had their Gameweek 1 fixtures postponed due to their involvement in European competitions, so their seasons won’t begin until Gameweek 2.

That also means that Burnley and Aston Villa, who they would have been facing, will also have a Blank Gameweek on the opening weekend. 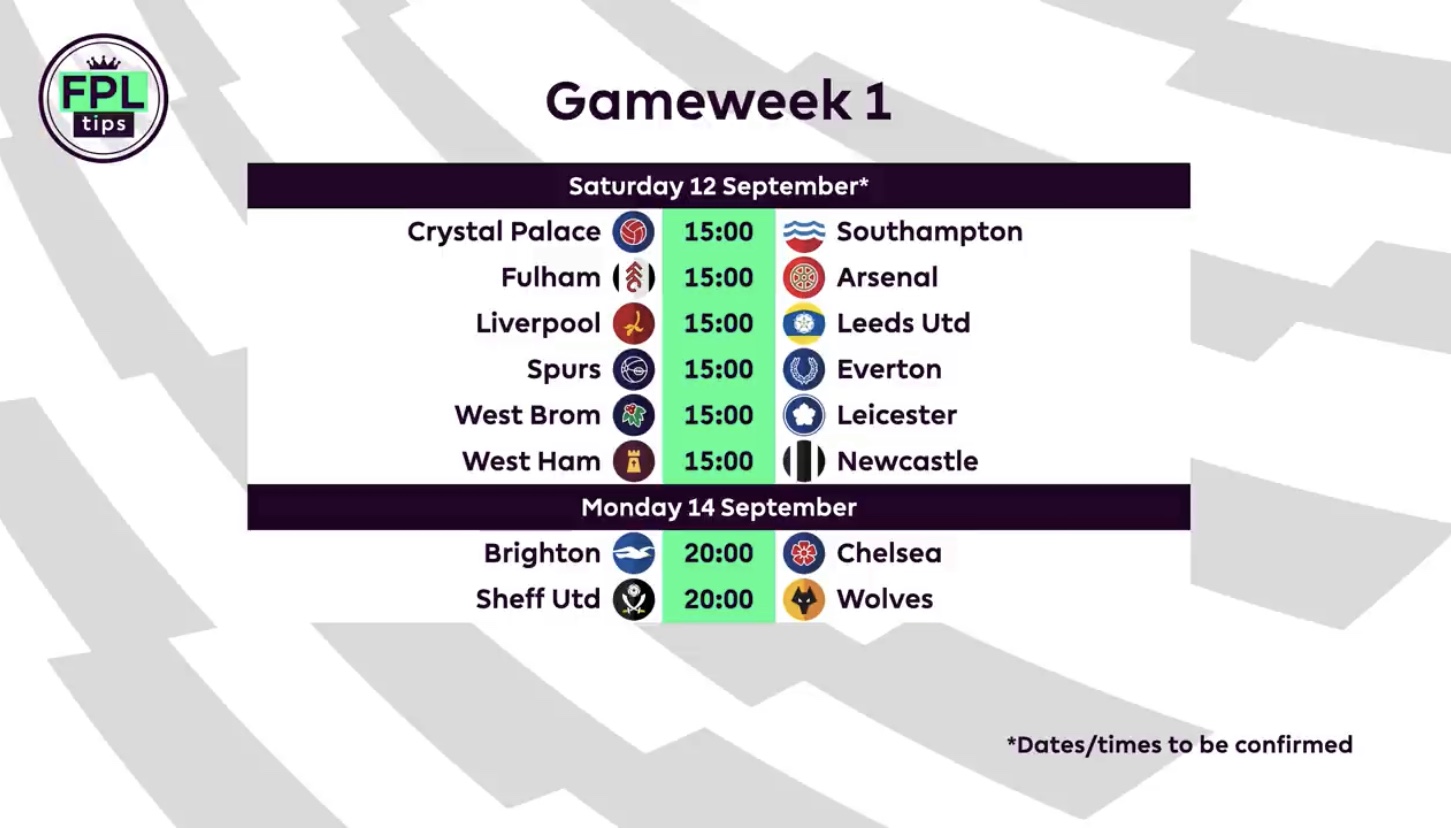 Liverpool will begin the defence of their Premier League title by welcoming newly promoted Leeds to Anfield, but it’s a relatively mixed bag of opening fixtures for the Reds, in terms of difficulty.

But in the absence of Sterling, De Bruyne and Bruno Fernandes amongst the premium picks, it will still be hard to overlook starting the season with Mo Salah.

The Egyptian got off to a flying start with a goal and assist against Norwich on the opening day last season, earning him a 12-point haul and might well be the go-to captain option again this time around.

Arsenal don’t have the best opening fixtures on the whole, taking on Liverpool, Man City and Leicester in the opening 6 Gameweeks but their talisman could offer potential as a short-term placeholder.

A trip to newly promoted Fulham and a home meeting with West Ham make up the Gunners’ opening 2 fixtures. 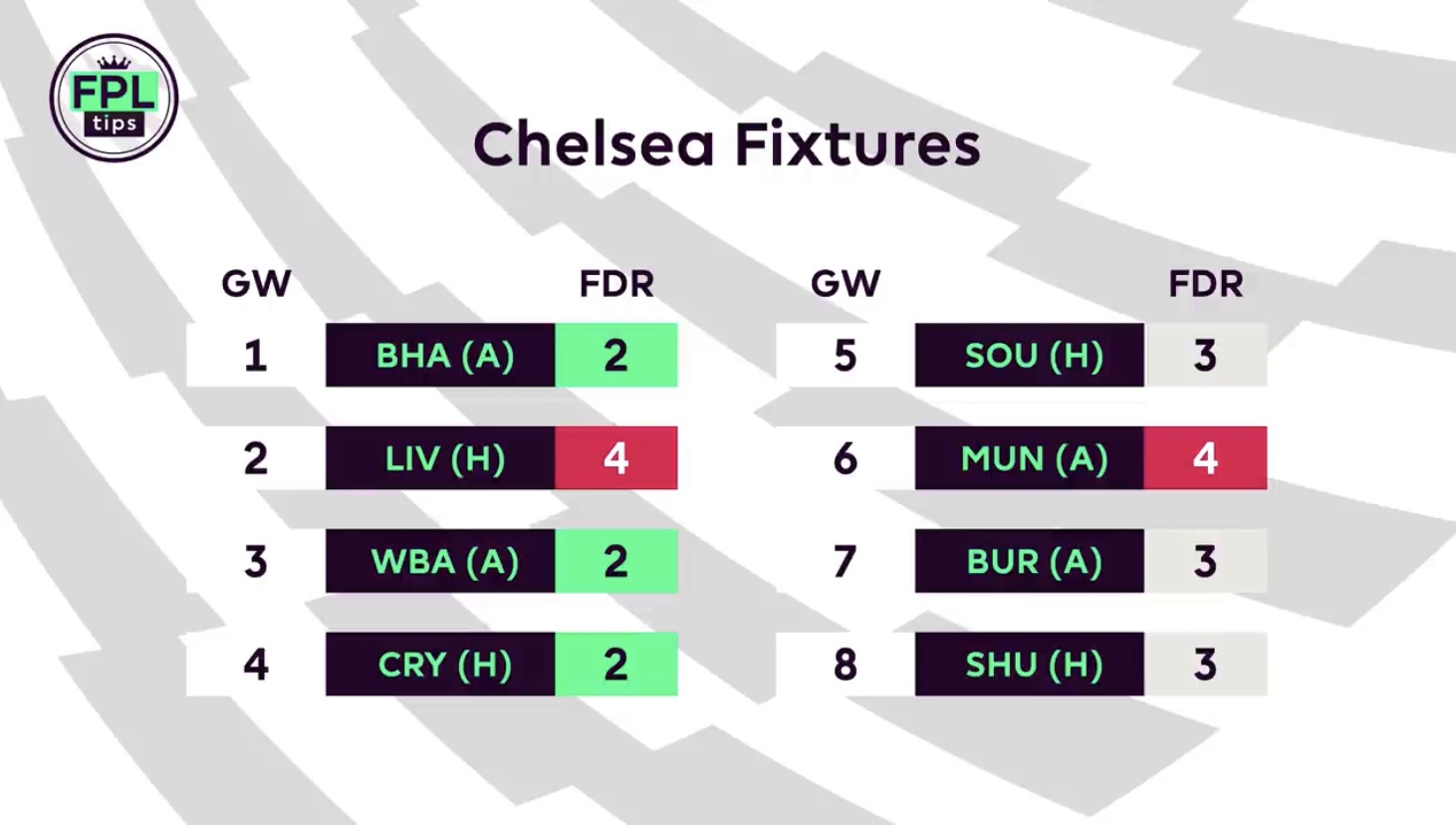 The Blues travel to Brighton and West Brom, before welcoming Crystal Palace and Southampton to Stamford Bridge, in the opening 5 Gameweeks.

Leicester and Spurs also have favourable run-ins; the Foxes take on West Brom on the opening weekend before hosting Burnley, West Ham and Aston Villa.

For Jose Mourinho’s side, it’s home ties with Everton, Newcastle and West Ham. 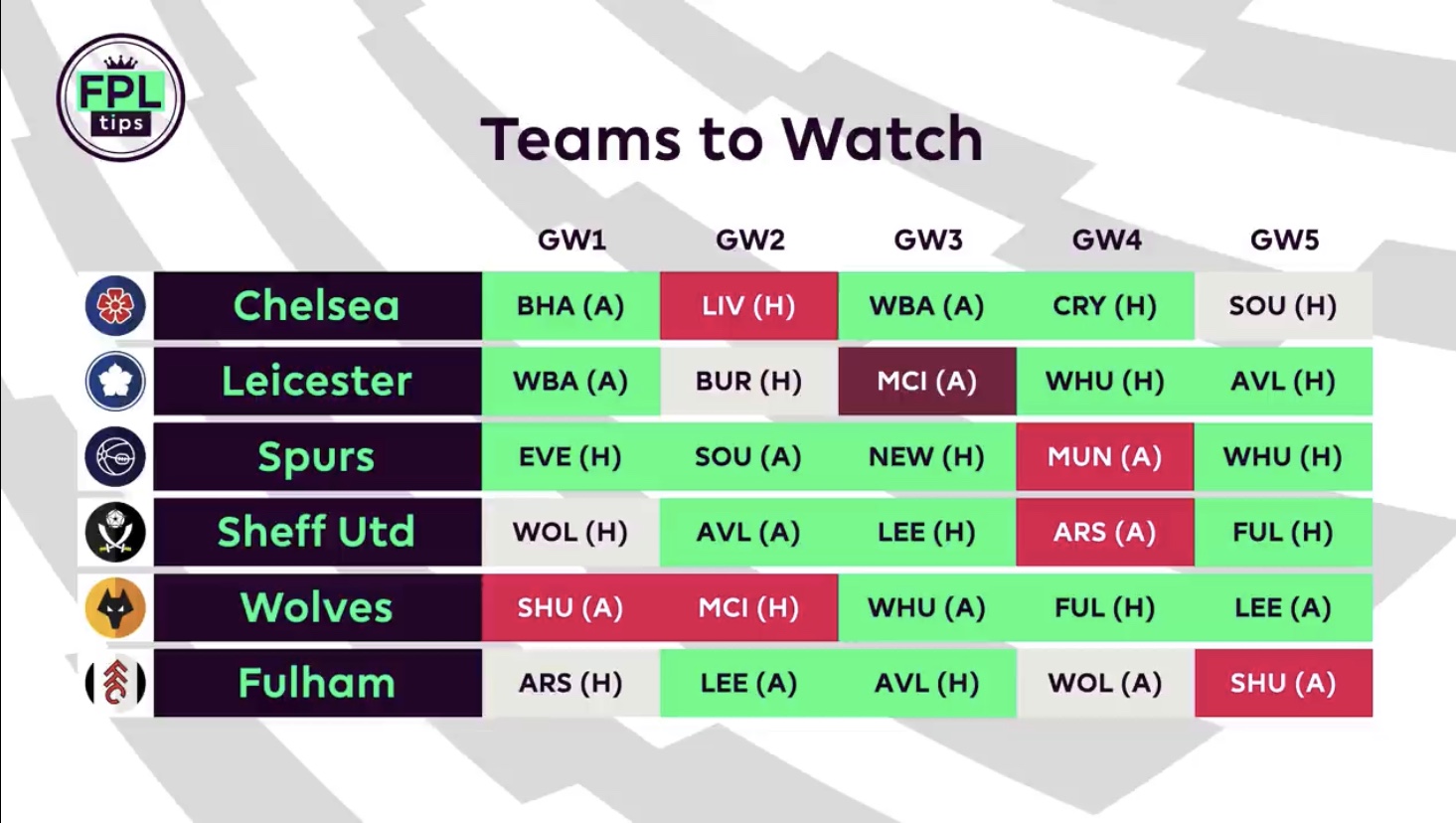 Sheffield United and Wolves could also offer some early potential, each coming up against 2 of the newly promoted sides in the opening 5.

Fulham talisman, Aleksandar Mitrović, could be the budget forward of choice to start the season, with favourable ties against Leeds and Aston Villa in the opening 3 matches.

With no fixture on the opening weekend for Villa, Burnley, City or United, it’ll be tempting to avoid selecting players from those teams in the initial Gameweek 1 squad and instead, look to transfer them in at a later date.

Leeds couldn’t have asked for much of a worse start to life back in the Premier League, taking on Liverpool, Man City and Wolves in their first 5 fixtures.

West Ham similarly have some tough matchups following their opening fixture against Newcastle in Gameweek 1.

It will be useful to have some kind of plan for how to jump on those premium assets from City and Utd from Gameweek 2 onwards, either using free transfers or chips. 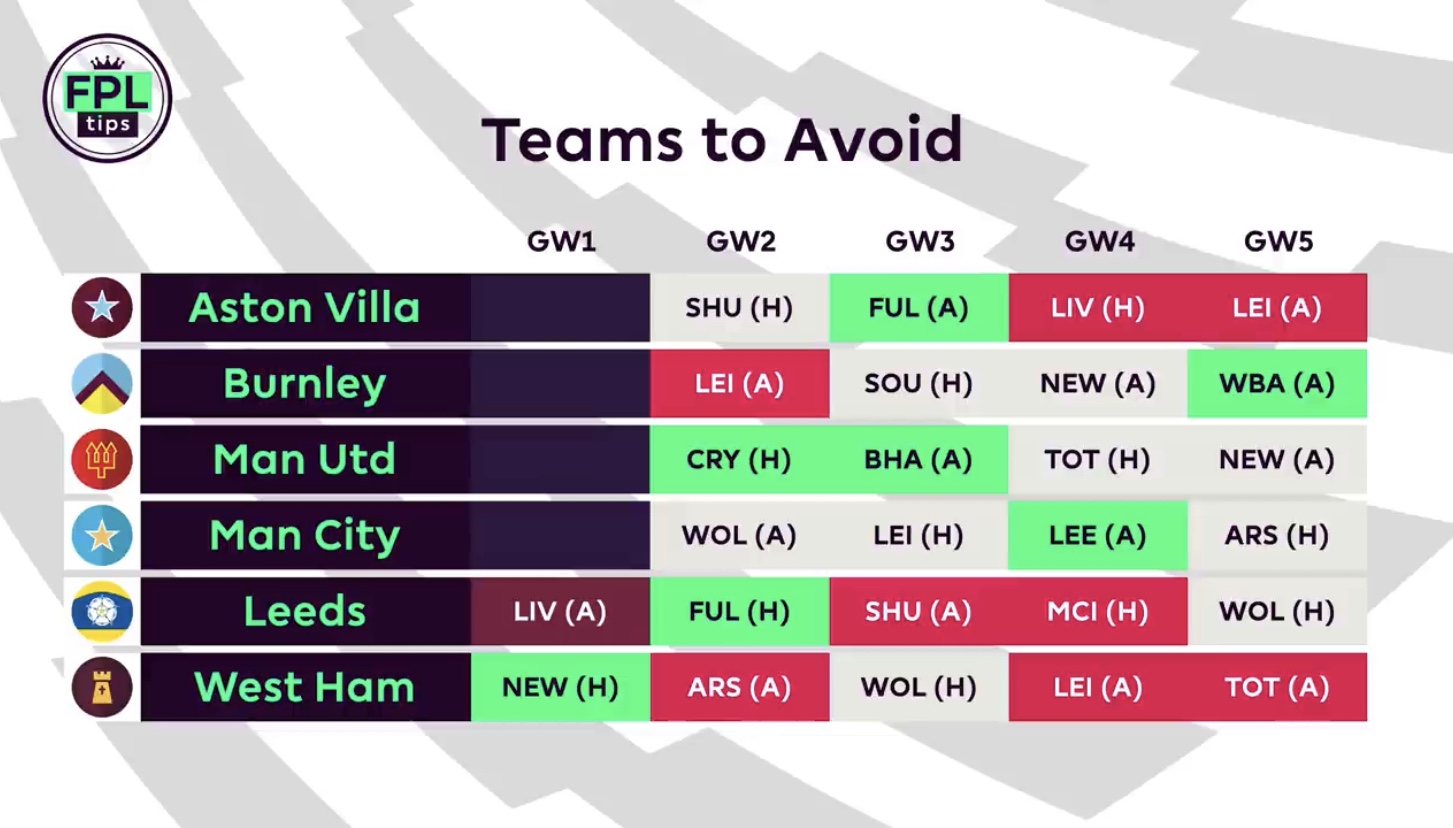 Man United in particular have some favourable fixtures in the medium-term; they don’t face a side with an FDR rating above 3 until Gameweek 12.

That run includes home ties with Crystal Palace and West Brom, amongst trips to face Brighton and Newcastle on the road.

As mentioned earlier, Pierre-Emerick Aubameyang might be the go-to placeholder for the likes of Bruno Fernandes, Sterling or De Bruyne.

Selling the Arsenal talisman in Gameweek 3 would give you a Man City premium pick with fixtures against Leicester, Leeds, Arsenal and West Ham over the following 4 matches.