Here’s the second of our Fantasy Premier League promoted teams articles where we look at Championship runners-up, Brentford

Brentford secured promotion to the Premier League after a 74-year absence, overcoming Bournemouth and Swansea in the play-offs, following their third-place finish.

Characterised by a high tempo, attack-minded brand of football, no team in the Championship scored as many as their 79 goals.

But they were the least impressive of the promoted teams defensively; three teams in the division conceded fewer goals (42) and four teams kept more than their 17 clean sheets, including Norwich – with 18, and Watford – with 23. 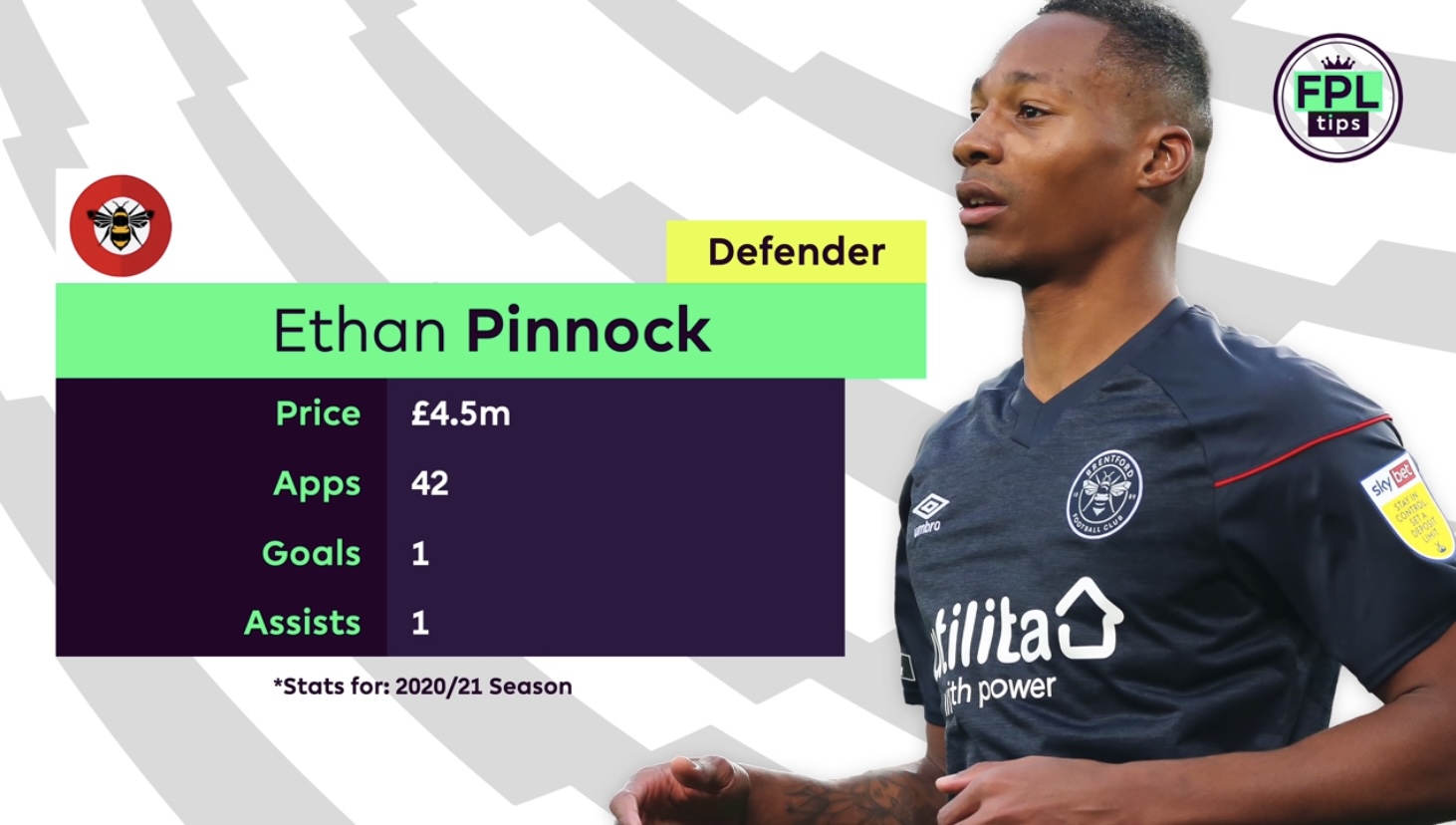 Making 42 appearances across league and play-offs, commanding centre-back Ethan Pinnock was ever-present at the heart of defence.

A rock at the back throughout, the 28-year-old was rewarded with a place in the PFA Championship Team of the Year, along with Toney and left-back Rico Henry.

Despite scoring just the one goal, a tally of 31 shots – all of which were from inside the box – ranked comfortably top amongst Brentford defenders.

His total of 288 clearances, blocks and interceptions was also a team-leading figure. 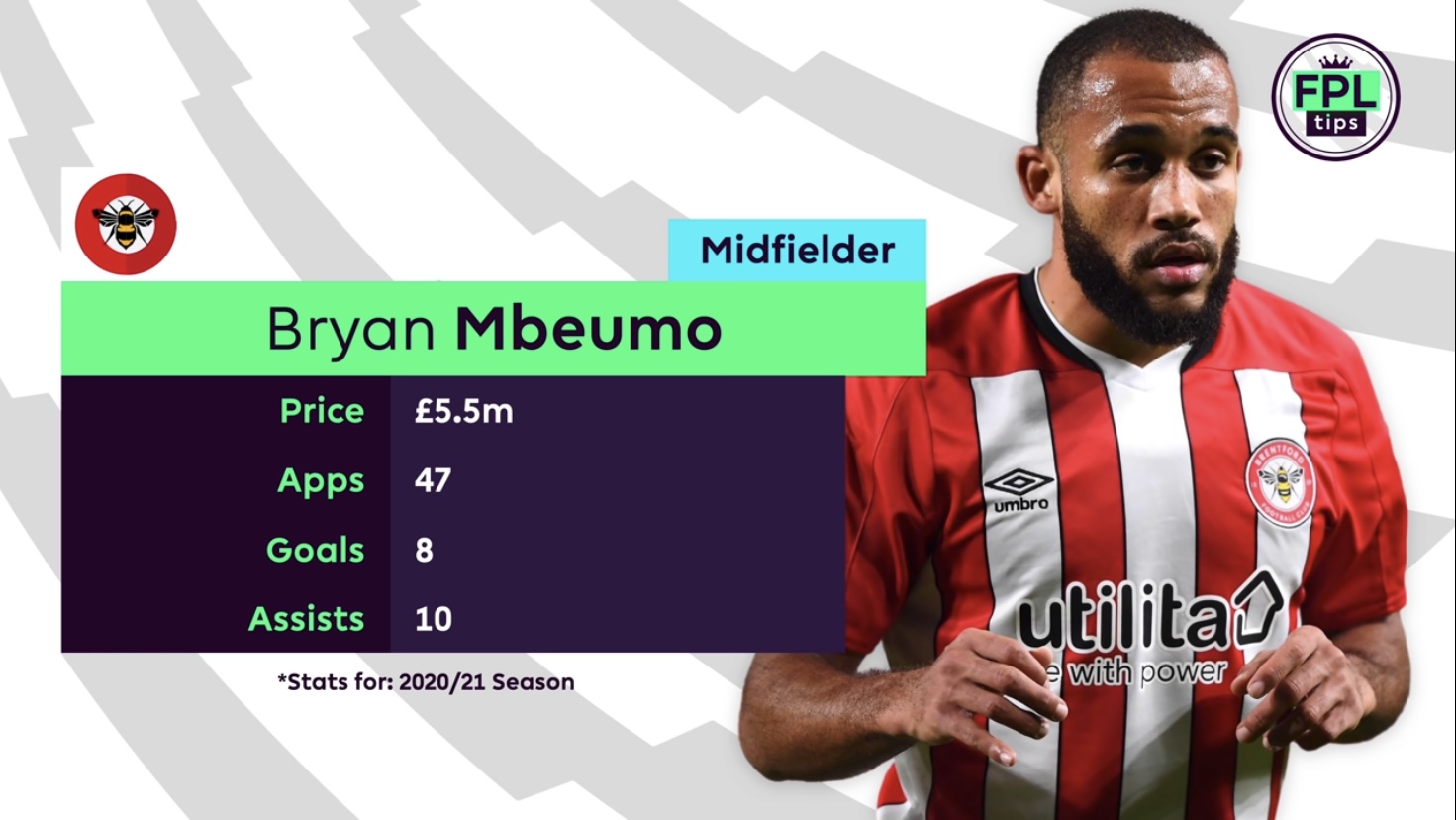 21-year-old winger Bryan Mbeumo was one of the Championships breakout stars when he arrived last season, amassing 16 goals and 7 assists in the 2019/20 season.

Despite a new-look front-line, after the departures of Said Benrama and Ollie Watkins, he was able to maintain an impressive output last season, directly contributing to 18 goals (8 goals, 10 assists).

The Frenchman’s tally of 55 shots in the box ranked top amongst Brentford midfielders; only beaten by highly-rated forward Ivan Toney (116), across all positions.

Mbeumo also excelled creatively, with only Mathias Jensen (70) offering more than his 57 attempted assists, while no teammate could better his 10 big chances created. 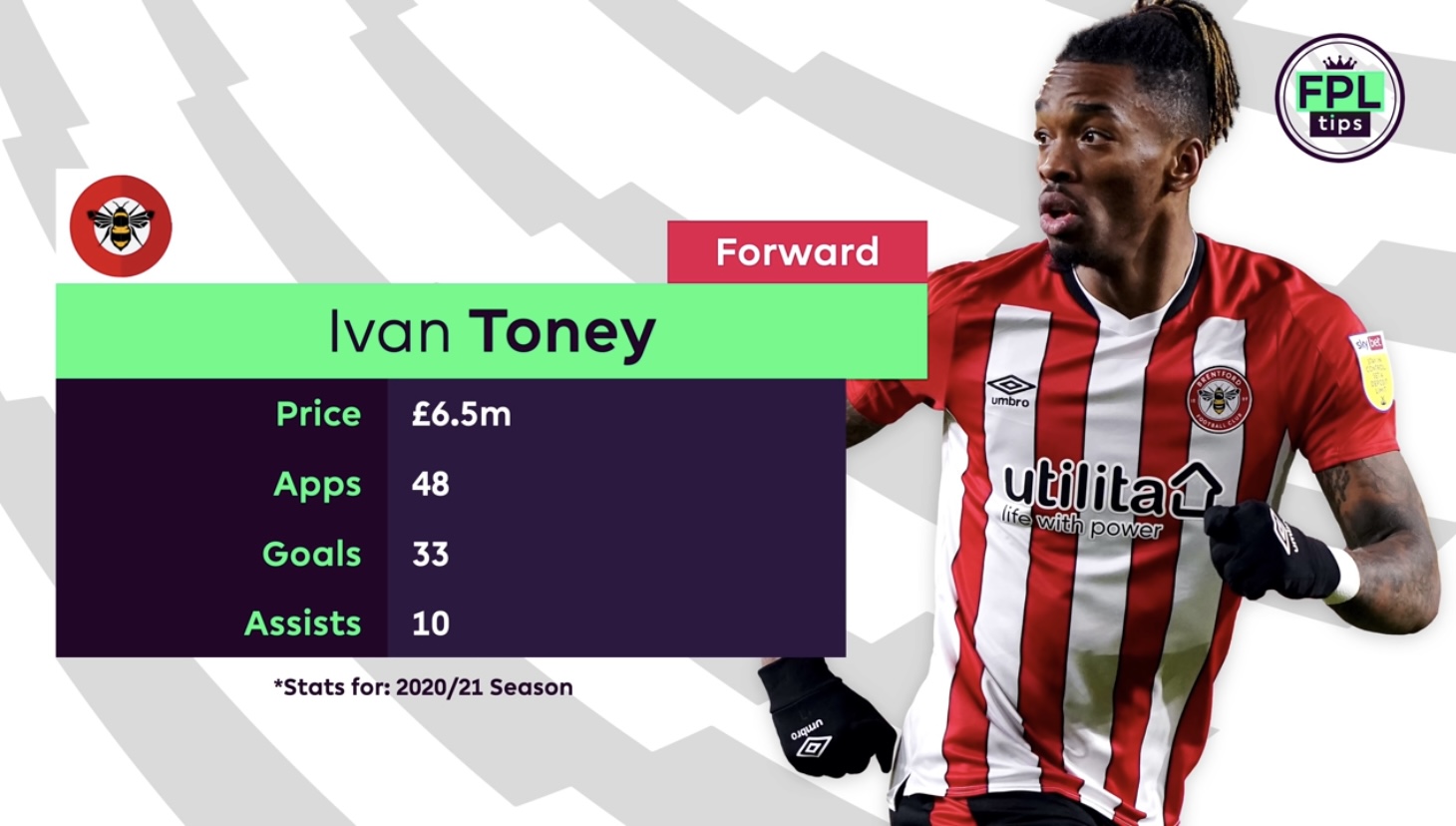 Finally, we come on to the big man himself, Ivan Toney.

Already owned by over 35% of FPL managers, the 25-year-old has quickly become the most-selected forward in the game, following his record-breaking number of goals last season.

In addition to his 33 goals across 48 appearances, including play-offs, no player in the division struck the woodwork more times than his 4.

Comfortable in either a 4-3-3 formation, or the 3-4-1-2 system employed by Thomas Frank towards the end of the campaign, Toney offered not only goals but also creativity.

Only four players in the division provided more than his 10 assists, while his tally of 10 big chances created ranked joint-top with Bryan Mbeumo, amongst teammates.

Thank you for reading ‘Fantasy Premier League Tips: ‘Brentford: Players to Watch from Promoted Teams’ which was written and produced by FFPundits & FPLTips.