Honor the Los Angeles Raiders with one of their exclusive throwback jersey’s courtesy of www.customthrowbackjerseys.com

Cheer your favorite team – Los Angeles Raiders – by wearing Custom Throwback Jerseys during their upcoming match against their rivals. There is no better way to show solidarity and confidence than turning up to watch the game in your team’s classic jersey.

Are you always on top of the game at fantasy football and you always seem to effortlessly nail your bets? 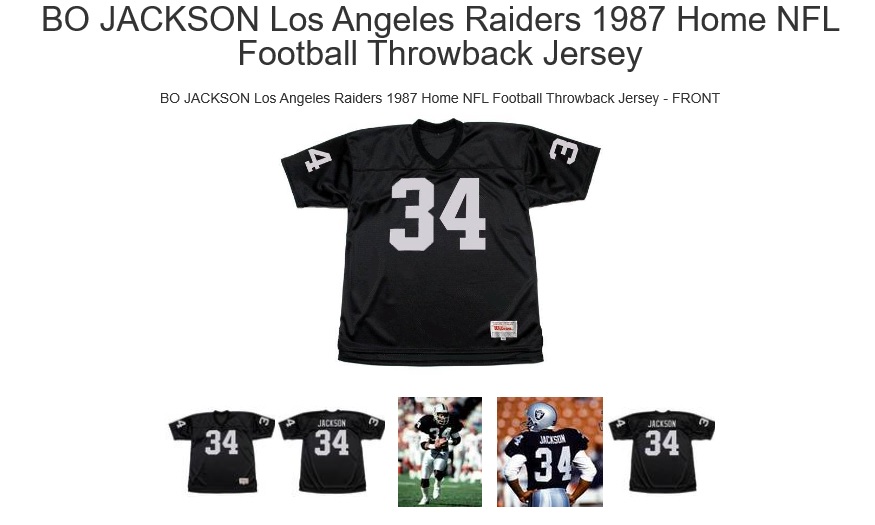 Well, we have also partnered with Custom Throwback Jerseys to help you get the opportunity to wear the jersey with the name and number of your favorite legendary player who contributed tremendously to the success of Los Angeles Raiders in the past.

Custom Throwback Jerseys are the place to buy Raiders throwback jerseys. This is where some of us at Fantasy Football Pundits usually get our custom throwback sport shirts.

This jersey is made the same way the one that ‘Bo Jackson’ put on throughout the 1987 season every time he played for his team, which was ‘Los Angeles Raiders’. Manufactured by Wilson in the USA, this jersey is made of pure heavyweight nylon fabric and its quality is second to none.

This jersey is available in two colors; black and white.

Available in size 44, 48, 52, and 60, this jersey is styled just like the one ‘Jim Plunkett’ wore throughout the 1983 season when he led the Los Angeles Raiders to the ‘Super Bowl’ Championship.

Show your love for Lyle Alzado who is the old boy of Los Angeles Raiders by wearing a jersey that looks the same as the one he wore when he played for the team during the 1983 season where they reached the Super Bowl championship.

During his time as a player of Los Angeles Raiders, Tim Brown put up a fantastic play for the team while wearing a jersey that looked exactly the same as this one here.

Trust me when I say that you could bet on him to help his team to win or at least put up a good fight against their rival.

All the Raiders throwback jerseys name here and the rest of Custom Throwback Jerseys are of the best quality.

There are jerseys with the names of almost all the players who played for Los Angeles Raiders several years ago. If you like, you can also pick one without a name and provide the name you would want on it.