Pick your ultimate fantasy football lineup this Sunday from the likes of Arsenal, Manchester City, Chelsea and Manchester United.

There’s another £50.00 up for grabs on the Starting 11 app this weekend and we’re inviting you to join us for a bit of added FPL fun.

Enter for free by joining the FPLtips Sunday-only Mini-League via the iOS or Android app and create your 11-man-team from the 4 Premier League matches taking place this weekend.

If you’re new to the game, the rules are simple: you can spend an unlimited budget on a team of 11 players that you predict will score the most points during a single match-day.

Free-to-play and cash games are available every single Gameweek and here’s a look at some players to consider for Sunday’s Gameweek 8 £50.00 Freeroll.

Be sure to grab the FREE iOS or Android app and check out our players picks below for this Sunday’s Gameweek 6 Fantasy Premier League action.

Ederson has kept a clean sheet in 2 out of 3 league matches at the Etihad this season.

Man City have conceded fewer big chances (2) and shots inside the box (10) on home turf than any other team.

Wolves have mustered up just 3 goals on the road, with only 5 teams taking fewer than their 11 shots on target.

Since Gameweek 2, no defender has fired more than Otamendi’s 8 shots inside the box, while only Mina (5) has hit more than his 4 efforts on target.

The Argentine has recorded an xG of 1.22 in that time, with only Doherty (1.28) faring better amongst defenders.

Wan-Bissaka missed the draw with Arsenal on Monday with tonsillitis but could be in line for a recall against Newcastle on Sunday.

Man Utd have only allowed opponents 1 big chance across 3 away games so far and no side have allowed fewer than their 13 shots inside the box, on the road.

With a home fixture against Bournemouth up next for the Gunners, the attacking threat of Kolasinac could be rewarded.

Only West Ham and Watford (each 23) have conceded more big chances than the Cherries (20) this season.

The left-back has started in each of the last 4 Gameweeks, creating 5 chances; only 6 defenders have produced more in that time.

With the news that De Bruyne is a doubt for this weekend with a groin injury, the in-form Mahrez could have a key part to play.

The Algerian has earned starts in 4 of the last 5 games in all competitions, returning 3 goals and 4 assists in that time.

No midfielder has fired more than his 9 shots on target in the last 4 Gameweeks, with only Abraham (10) taking more across all positions. 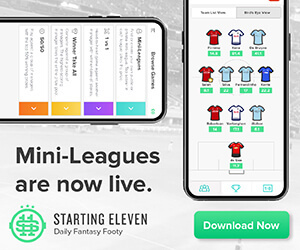 Sterling came off the bench midweek in the Champions League to provide a goal and assist in a 2-0 win and looks set to keep his place on Sunday.

Wolves have conceded 10 goals in the last 4 Gameweeks, with only Watford (13) allowing more.

Mount travels away to Southampton for Gameweek 8, having returned 4 goal involvements (3 goals, 1 assist) in the last 6 Gameweeks.

Chelsea rank 2nd only to Man City for both goals scored (10) and big chances (18) in the last 4 Gameweeks.

Southampton have failed to keep a clean sheet in any of their 3 home matches this season, shipping 6 goals.

Man Utd have struggled for goals of late but face a Newcastle side that shipped 5 goals to Leicester in their last outing.

Only Rashford has bettered Dan James for shots on target (7 to 6) or from inside the box (11 to 10) amongst Man Utd players but no teammate has fired more goal attempts from open play than the Welshman (15).

He may have failed to score in his last 2 outings but Abraham has racked up some very impressive underlying numbers.

Only Agüero (17) has taken more than his 16 shots inside the box in the last 4 Gameweeks, while no player has been afforded more than his 10 big chances.

Aubameyang netted his 7th goal of the season on Monday night and has found an attacking return in every Gameweek so far.

He’s been directly involved in 20 goals in 23 league matches during this calendar year, with a tally of 16 goals and 4 assists.

Bournemouth have conceded 12 goals this season; only 4 teams have shipped more.

Callum Wilson also has attacking returns every Gameweek so far and found the back of the net in each of his last 4 outings.

Only Mahrez (9) and Abraham (10) have fired more than his 8 efforts on target in the last 4 Gameweeks and the Chelsea forward is also the only player to have been afforded more big chances (10 to 7).

Aubameyang and Sterling stand out as key contenders for captaincy, with favourable home fixtures.

Wolves are away in Turkey for their Thursday night Europa League match, while Man City had a home Champions League tie two days earlier. So, Raheem Sterling could be the man for the job.