Fantasy Premier League is BACK: Reaction to FPL 2019/20 Launch

Welcome back Fantasy Premier Leagues managers to a new FPL season – it’s time to tinker with our £100m budget.

The Official Fantasy Football website is now live ahead of the 2019/20 season, which means we have over a month of tinkering with our FPL teams before the season gets underway on the 9th of August.

Our ‘First Draft’ team selection video will be out shortly, but first, let’s take a quick look at some key players and react to their new prices!

We will once again be rolling out videos, articles and social media content via our various channels – a link to each you can find below.

We hope you enjoy our pre-season content for the new 2019/20 Fantasy Premier League season, and look forward to continuing the discussion with you via our social media platforms. 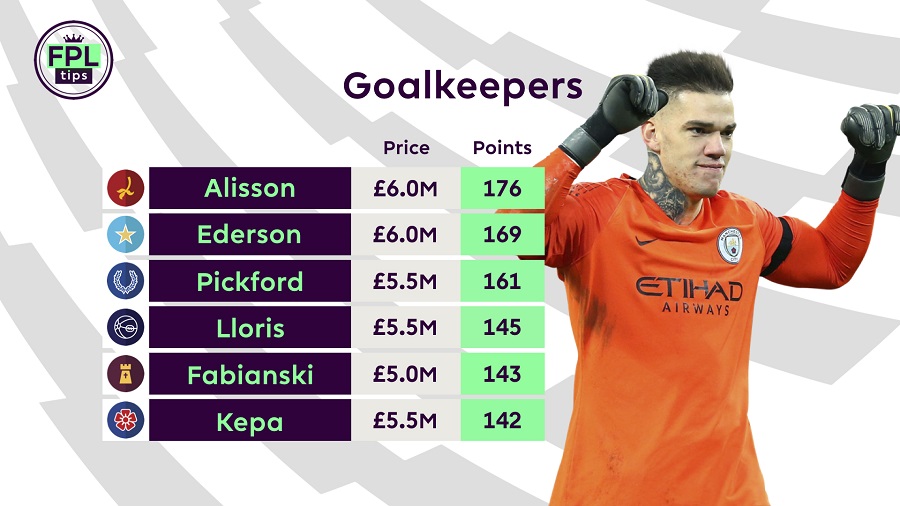 When it comes to goalkeepers, one of the first things to note is that quite a lot of the popular budget options from previous seasons have been bumped up in price; Fabianksi and Foster have both made the jump up to £5.0m, while Pickford joins the premium goalkeepers at £5.5m.

For me, that puts them at a price point that will make it difficult to find a use for them – I think when it comes to goalkeepers, if you’re not going to go for one of the big hitters in Ederson or Alisson, then it makes sense to go right the way down to the £4.5m options, to find value.

There’s a lot less on offer for £4.5m this time around but Brighton’s Mat Ryan is still there as probably the safest option, though Angus Gunn appeared to cement his starting place by the end of last season for Southampton. 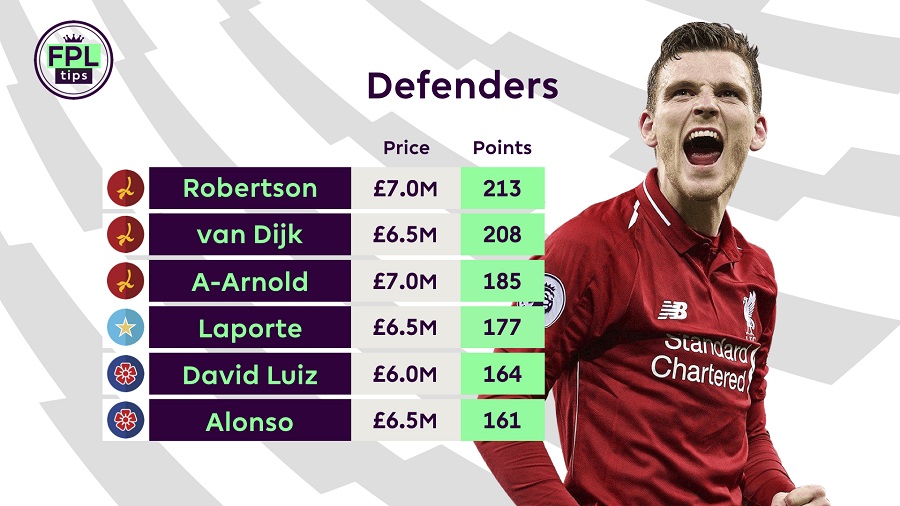 Robertson and Alexander-Arnold come in as the most expensive defenders and I actually think £7.0m is a very fair price for the attacking fullbacks, considering their record-breaking assist tallies last season and Liverpool’s league-high total of 21 clean sheets.

The likes of Ricardo Pereira, Matt Doherty and Lucas Digne have all made the step up to £6.0m, which looks a little bit on the expensive side, compared to the Liverpool options.

Of the 3 of them, it’s Lucas Digne I’m most tempted by for Gameweek 1, given Everton’s favourable start to the season.

With many FPL bosses now opting to play 4, or even 5 defenders, picking the right combination of premium assets could be like playing roulette or queen slots and just hoping for the best! 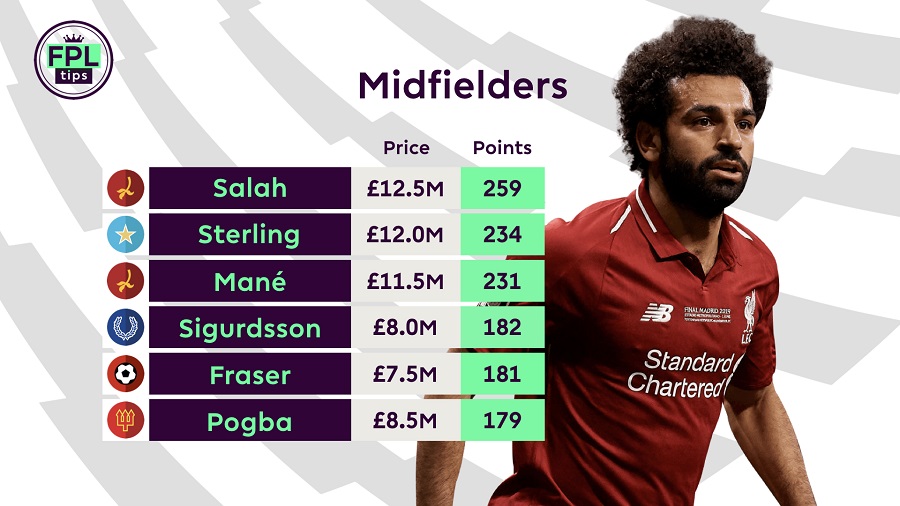 After scoring the most points in the game for a 2nd consecutive season, it comes as a surprise to see Mo Salah come in at the reduced price of £12.5m.

Crucially, the Egyptian King remains classified as a midfielder and is therefore likely to be in direct competition with team-mate Sadio Mané for a place in our teams.

After reaching his best ever goals tally, Mané has received a huge price increase up to £11.5m, putting just £1.0m between the pair. For me, that makes Salah the go-to option, given his extra assist potential and the fact he’s on penalty duties when Milner isn’t on the pitch.

Having made the switch in position to a forward last season, Wilfried Zaha is now back to being listed as a midfield option and has been handed the price tag of £7.0m, alongside team-mate Milivojevic.

He made 15 of his 34 appearances playing in a forward role last season, though only 2 of those came in the 2nd half of the season.

But there’s still a chance of Roy Hodgson deciding to use Zaha as a forward again this season and even from the wing, he tends to get into very advanced positions, so definitely a player worth keeping an eye on.

It is also worth noting that reports suggest Arsenal are interesting in signing Zaha, after allegedly claiming he wishes to leave Palace this summer.

£7m for a starting Arsenal attacking midfielder could be a golden ticket, in my opinion. 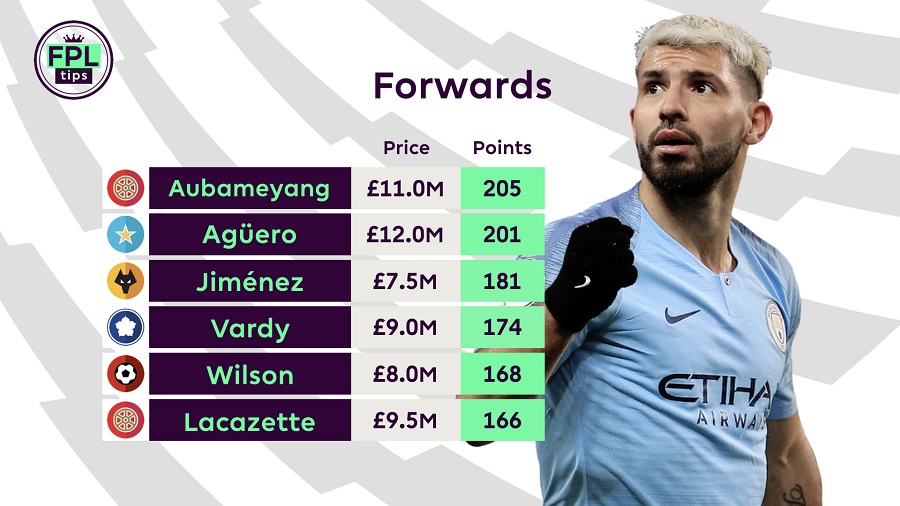 Sergio Agüero ended last season at £12.0m and that’s exactly where he’s been priced to start this season.

It’s probably a fair price but it would have been interesting to see him given a cheaper price tag than teammate Raheem Sterling, who’s outscored the Argentine on total points and points per game for the last 2 seasons now.

Understandably, both Callum Wilson and Raúl Jiménez have been significantly bumped up in price after their strong seasons.

For me, I’m more tempted by the budget forwards to start the season and one player who’s caught my eye is Joshua King at £6.5m.

With the help of his penalty duties, he scored just two fewer goals than Wilson last time around and although his assist return was significantly lower, the pair’s underlying stats in terms of attempted assists and big chances created, per game, were actually very similar.

So, those are some initial thoughts on the new prices and some key players to watch out for. Stay tuned for plenty more pre-season content, including a ‘first draft’ team selection, which will be coming very soon.

Before you go… If you love Fantasy Premier League, and you enjoy taking part in cash leagues with friends and family, how does the chance to win a share of €250,000 sound?

That’s exactly what you can do at FanTeam.com, who are offering a quarter of a million Euro prize pool for their season-long game, which is almost identical to FPL for an entry fee of just €25!

There’s a €50,000 first place prize, as well as weekly and monthly prizes too so, click the banner below, register for your free account and check it out.