Fantasy Premier League is BACK: Reaction to FPL 2020/21 Launch

It’s back! Fantasy Premier League has relaunched for 2020/21 FPL season, but which players are worth taking an early look at?

The Official Fantasy Premier League game has re-launched ahead of the 2020/21 FPL campaign, which means we have the usual month or so of tinkering before the season gets underway on the 12th of September.

The ‘First Draft Team Selection’ video will be out shortly, but first, let’s take a quick look at some key Fantasy Premier League players and react to their new prices and in some cases, new positions!

Please note that @FFPundits and @_FPLtips will be bringing you an array of Fantasy Premier League content during the pre-season, so stay tuned and keep those eyes peeled.

Last season’s top scoring goalkeeper Nick Pope has made the jump up to £5.5M; a whole million more than his previous starting price.

Whilst the price hike is definitely warranted, on the back of 15 clean sheets and an average of 4.5 points per game, it makes it all the more tempting to try and find value elsewhere. 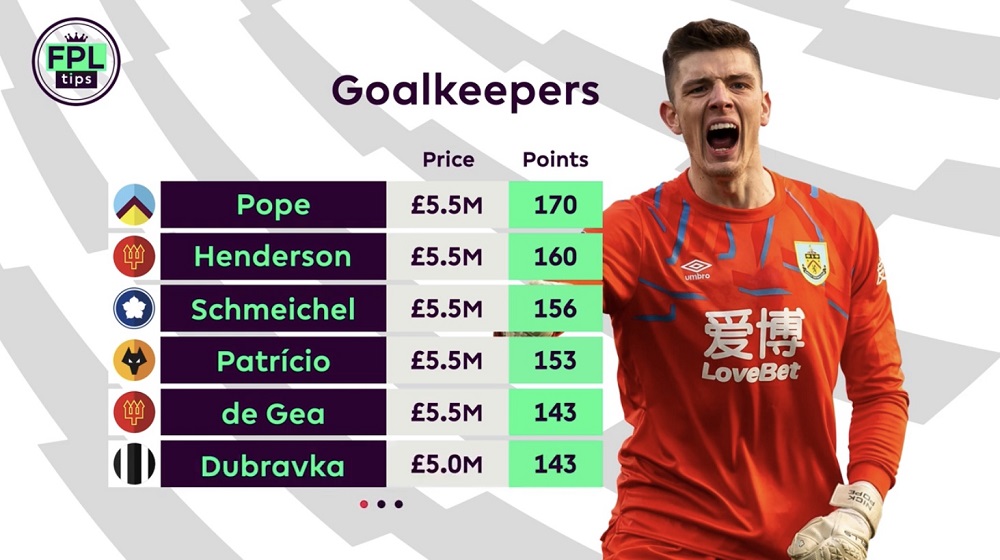 Brighton’s Mat Ryan and Southampton’s Alex McCarthy look set to be the favourites in the £4.5M bracket; they’re the only two keepers in that price range to earn over 100 points last season.

Aston Villa’s Tom Heaton could also come into contention once he makes a recovery from his knee injury.

Unsurprisingly, Alexander-Arnold comes in as the most expensive defender but £7.5M is still very affordable for the right-back, considering his contribution of 4 goals, 15 assists and 14 clean sheets last season; it’s just £0.5M more than his starting price last time around.

Doherty has also been generously priced at £6.0M, despite ending last season at £6.5M. 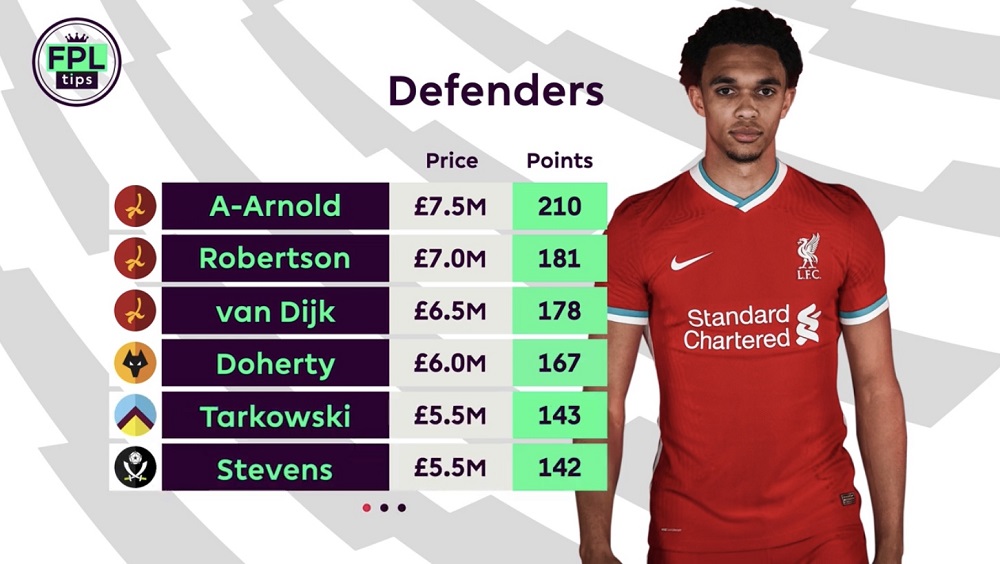 No FPL defender had as many as his 11 big chances, his 32 shots in the box or his 16 efforts on target during the campaign.

But an injury to Jonny on the opposite flank for Wolves could see Vinagre emerge as a cheaper alternative for the start of the new season, priced at just £4.5M.

Man Utd’s Maguire and Wan-Bissaka could provide value at £5.5M if they can maintain their form from the end of last season.

They kept 5 clean sheets in the final 8 matches, with only Man City able to match that tally.

Despite accruing the most points of any player last season, Kevin De Bruyne is not the most-expensive midfielder; £11.5M for the Belgian seems very kind.

Man City teammate Raheem Sterling has been given the same price tag of £11.5M, which makes it a very tough call between the two; the explosiveness of Sterling vs. the consistency of De Bruyne. 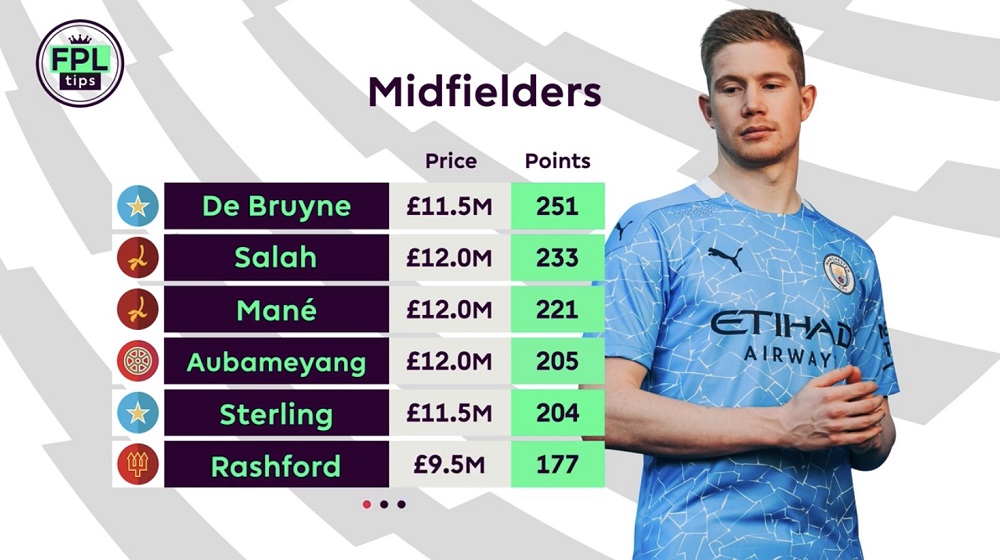 Salah, Mané and a newly reclassified Aubameyang make up the three most expensive midfielders and most expensive players across all positions in fact, at £12.0M.

There were only 12 FPL points separating the Liverpool duo last season but that’s now 3 consecutive seasons where the Egyptian has outscored his teammate.

It’s interesting to see the Arsenal talisman make that switch to midfield; he will of course benefit from the extra points for goals and clean sheets but the £1.0M price increase balances that out somewhat.

Marcus Rashford is another player who’s been reclassified from forward to midfielder and as with Aubameyang, he’s been given a small price hike to compensate, up to £9.5M.

That’s still a whole million cheaper than Bruno Fernandes (£10.5M), while Greenwood comes in at £7.5M, so there’s a lot more to consider when choosing a Utd attacker this season – which should hopefully lead to more variety.

Golden Boot winner Jamie Vardy will begin the season at £10.0M; a £0.3M increase from his end of season price and £1.0M more than his starting price last time around.

Martial has not only received a price hike from his 2019/20 starting value of £7.5M but he’ll also potentially suffer as a result of the change in classification from midfielder to forward.

Although, he is still a relatively young player who you’d expect to kick on from an impressive season, in an ever-improving Man United side. 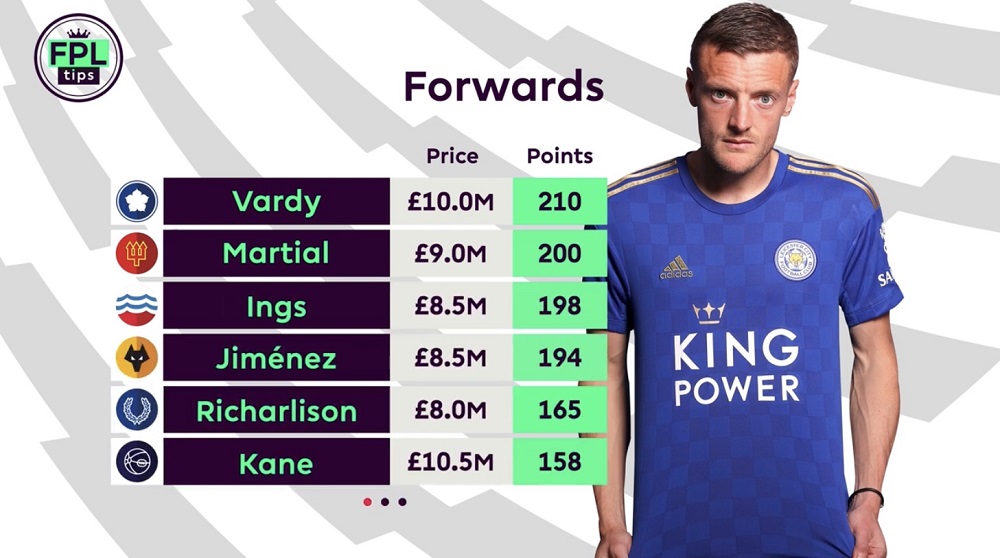 It’s interesting though to see that Richarlison has kept the same price tag of £8.0M, whilst also making that switch in classification.

Ings and Jiménez ended last season at £7.6M and £8.0M respectively and have both been given very fair £8.5M price tags this time around.

Whilst there will be some value available in the £6.5M and below forward options, with those two, you’re paying for their consistency and reliability.

Che Adams at £6.0M is someone who could be worth a gamble if he looks set to keep his starting place, given his run of form at the end of the season.

In the final 6 Gameweeks, he matched Ings with 4 goals scored and narrowly outscored him on points (34 to 32), averaging 5.7 points per game.

So, those are some initial thoughts on the new prices and classifications. Stay tuned for plenty more pre-season content in the build-up to the 2020/21 season start, including the usual ‘First Draft Team Selection’.