Harry Kane and Kevin de Bruyne are the red-hot captaincy favourites for Blank Gameweek 18, but who will YOU trust with the armband?

If you’d like to cast your vote in the Gameweek 18 Captains Poll, the link can be found towards the end of this article.

Here’s how things are shaping up for Gameweek 18 as things stand: 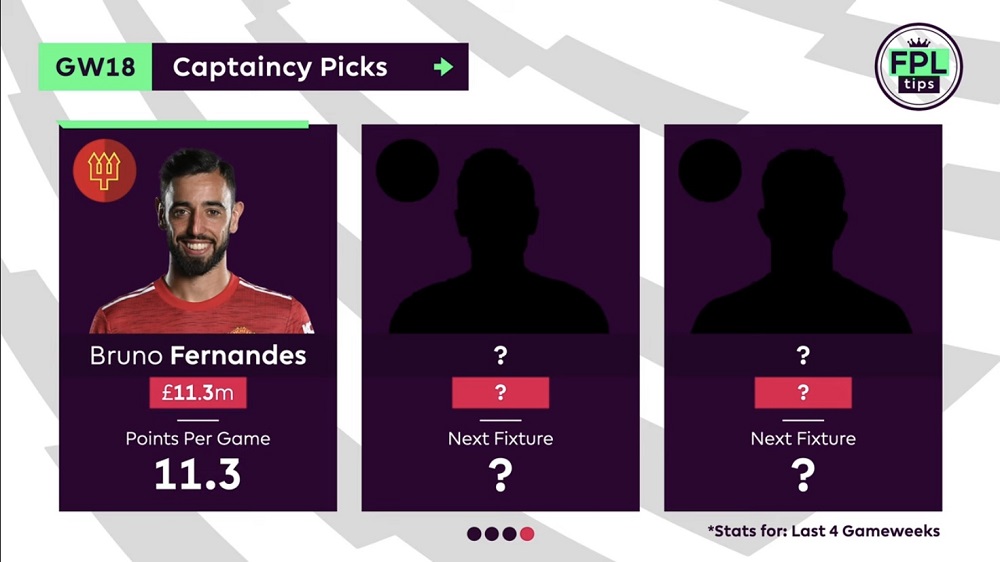 With 16% of the vote, Bruno Fernandes is neck-and-neck with Heung-Min Son for third place.

No FPL midfielder has had more big chances than his 5, while only Mané (10) and El Ghazi (11) can better his 9 shots in the box.

Only Grealish (20) has carved out more than his 14 attempted assists.

Man Utd have had the best attack in the league over the last 4 Gameweeks, producing league-high tallies of 11 goals, 18 big chances and 30 shots on target.

Burnley have conceded just 2 goals in their last 4 matches, with only Southampton (1) faring better.

But the Clarets have shipped 10 goals in 3 matches against the current ‘top 5’ teams this season. 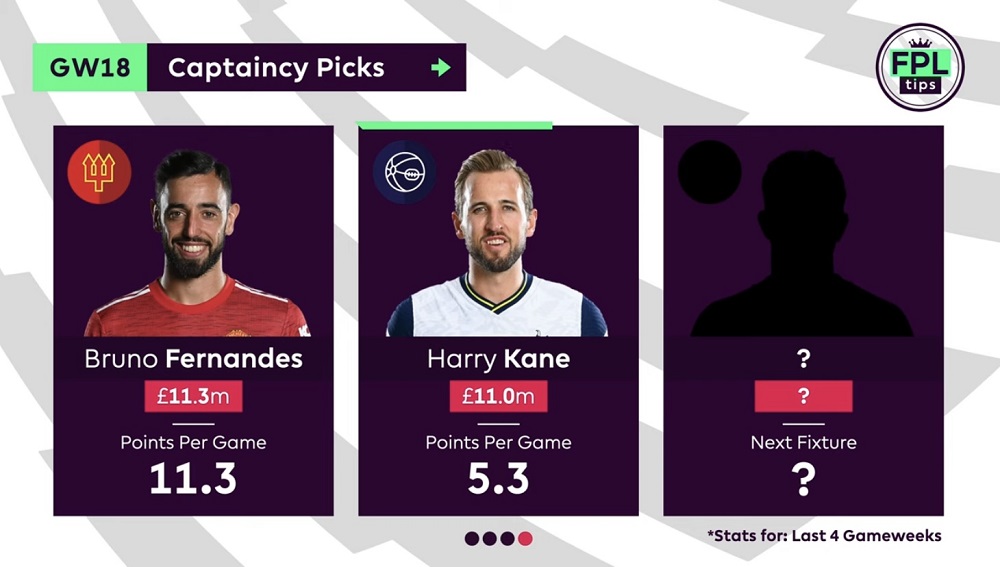 With 33% of the vote, Harry Kane now claims second place, after Tottenham’s home meeting with Fulham was rescheduled.

The England captain ended a three-match dry spell with a goal and assist against Leeds last Gameweek.

He now has 5 goals and 5 assists in 8 home matches this season, averaging 7.4 points per game.

No FPL forward has landed as many as his 15 shots on target on home turf, while only Watkins and Bamford (each 25) can better his 22 shots in the box.

They’ve netted 12 goals in 8 matches against teams in the bottom half of the table, at an average of 1.5 per game.

Fulham have drawn each of their last 4 matches, conceding just 2 goals and 5 big chances. 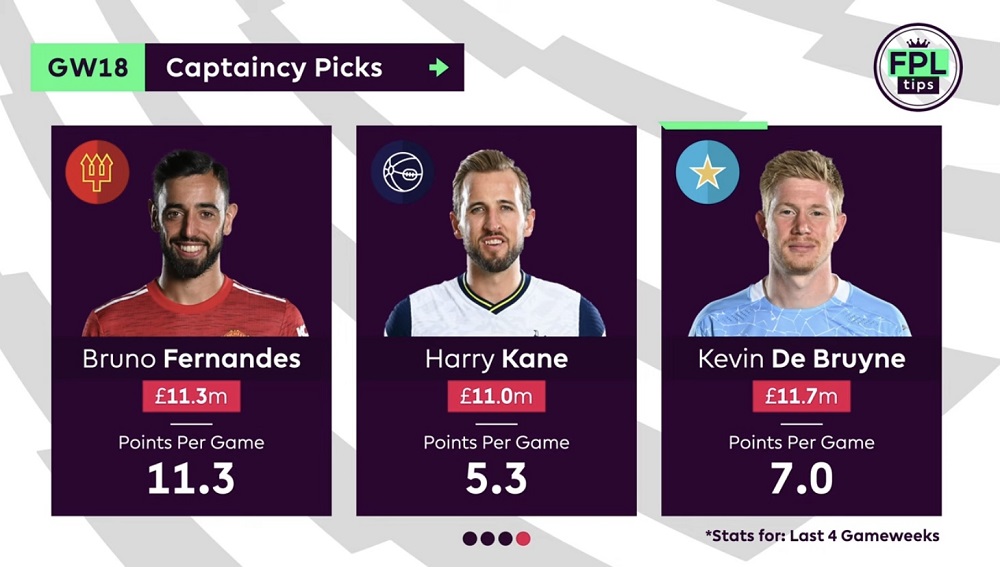 Edging ahead with 35% of the vote, Kevin De Bruyne narrowly leads the Gameweek 18 poll.

The Belgian has amassed 2 goals and 3 assists across his last 6 league outings to average 7.0 points per game.

He’s also created a league-high tally of 8 big chances in that time.

Over their respective last 4 matches, 5 teams have scored more goals than Man City – with 7.

But they rank joint-top with Man Utd for big chances in that time – with 18 and only Villa (26) and United (30) have landed more shots on target than their 24.

Brighton have conceded 7 goals in their last 4 matches, failing to keep a single clean sheet.

Only Leeds (9), Crystal Palace (11) and West Brom have shipped more goals in that time.

Who will be YOUR Gameweek 1️⃣8️⃣ captain?

[💬 reply below if your captain isn’t listed]

BEFORE YOU GO… Our official Daily Fantasy Sports Partner, FanTeam, are offering all NEW customers FREE ENTRY to this week’s Gameweek 18 Fantasy Premier League contest, which has a £9,000 guaranteed prize pool.

Simply register for your free account here, or by clicking the banner below and once you’ve signed up, you’ll automatically receive a FREE ENTRY to this weekend’s Gameweek 11 Weekly Monster, which has a guaranteed prize pool of €10,000 – with around £1,000 going to the first place winner!