Fantasy Premier League tips: Who should I captain in FPL Gameweek 11?

If you’d like to cast your vote in the Gameweek 11 Captains Poll, the link can be found towards the end of this article.

Here’s how things are shaping up for Gameweek 11 as things stand: 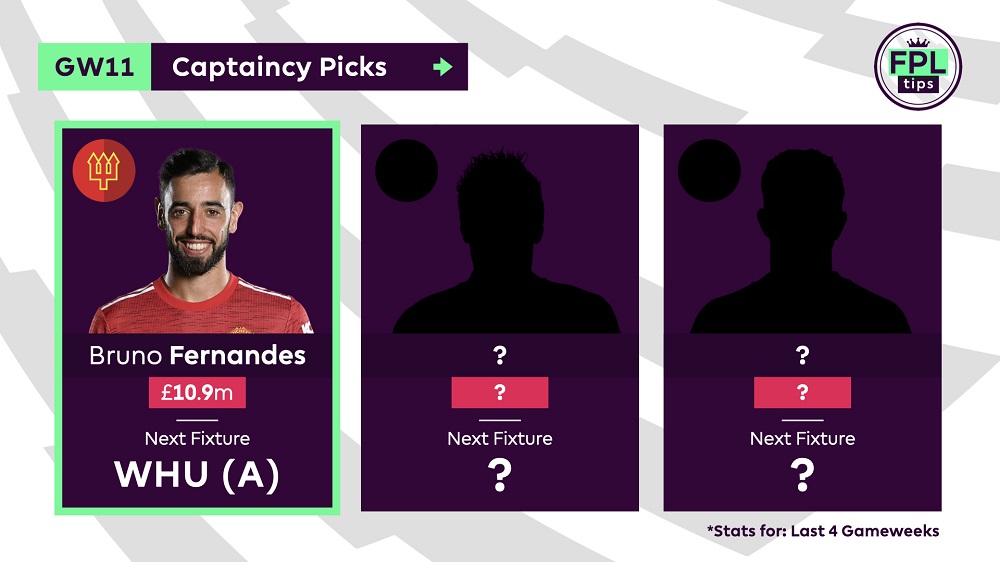 With 15% of the vote, Bruno Fernandes comes in at number three ahead of Utd’s trip to West Ham.

The Portuguese star has recorded double-figures in every away match so far this season, providing 5 goals and 4 assists to average 12.5 points per game.

No FPL midfielder has landed more shots on target on the road (9), while only Son (8) has had more big chances than his 5.

He also ranks top amongst players in his position for big chances created – with 4.

But he’s up against a West Ham side that have kept clean sheets in 2 of their last 4 matches, shipping just 3 goals; only Chelsea and Spurs (each 1) have conceded fewer.

The Hammers have conceded 9 big chances in that time, however, ranking only 13th best in the league.

They’ve conceded 8 goals across their 4 previous meetings with ‘big six’ sides this season, at an average of 2.0 per game. 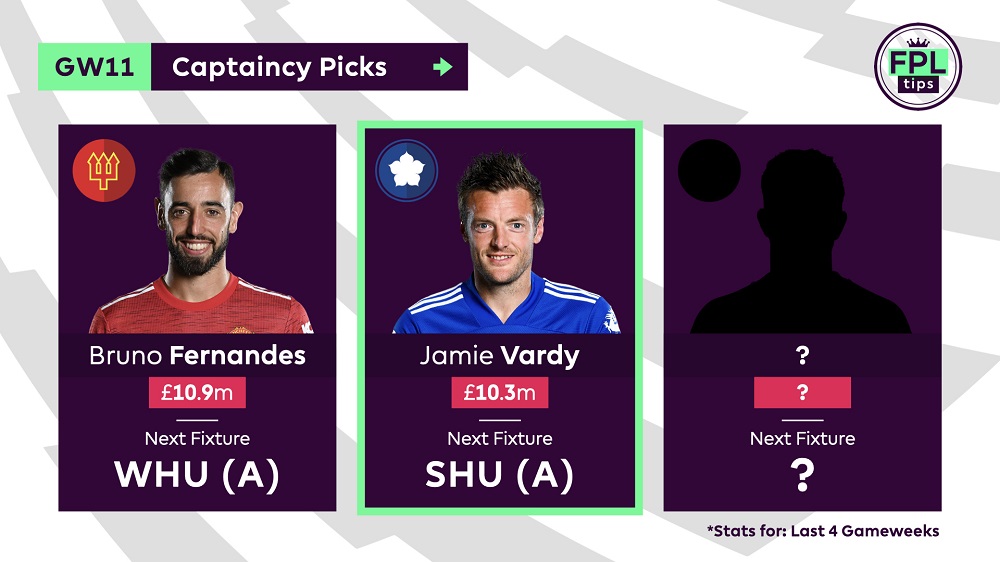 Jamie Vardy just edges in front of Fernandes to claim second place, receiving 16% of the vote.

With 2 goals and 3 assists in the last 4 Gameweeks, the Leicester talisman and perennial golden boot favourite has averaged 6.3 points per game.

He’s landed 8 shots on target over that period; a league-leading figure, while only Bamford (7) has had more big chances than his 5.

7 of his 8 goals this season have come away from home, with only Heung-Min Son (59) earning more than his 53 FPL points on the road; that’s an average of 10.6 per game.

Across their respective last 4 away matches, only Man Utd (13) have scored more goals than Leicester’s 10 and the Foxes rank joint-top with a tally of 14 big chances.

Sheffield Utd are yet to keep a clean sheet this season and they’ve shipped 7 goals in the last 4 Gameweeks, with only Villa, Burnley, Leeds and Everton (each 8) faring worse. 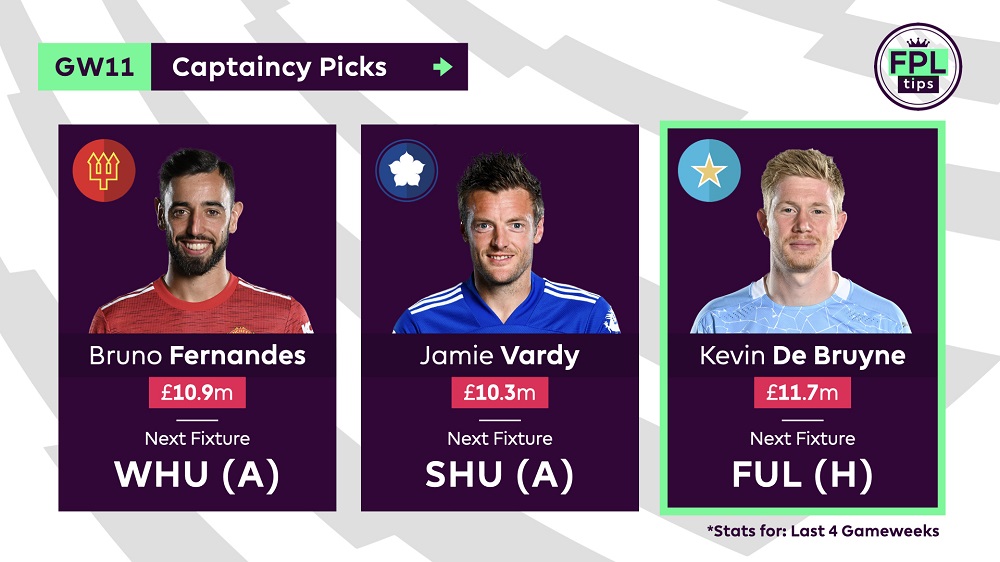 With over 59% of the vote, Kevin De Bruyne comfortably leads the Gameweek 11 poll.

No player has supplied as many as his 4 assists in the last 4 Gameweeks, where he’s picked up an average of 5.3 points per game.

Amassing 11 attempted assists over that period, the Belgian ranks joint-top with Matheus Pereira, Ziyech and Grealish.

Man City ended their relative goal drought with a familiar 5-0 win over Burnley at the Etihad last Saturday but they’re still not creating as many high-quality chances as you might expect.

They’ve fashioned an average of 2.3 big chances per game over the last 4 Gameweeks, compared to 3.7 per game throughout last season.

Their opponents Fulham played Leicester at their own game to win 2-1 on Monday night and have now shipped just 5 goals in the last 4 Gameweeks.

They rank 6th best in the league with a tally of 5 big chances conceded in that time.

Who will be YOUR Gameweek 1️⃣1️⃣ captain? 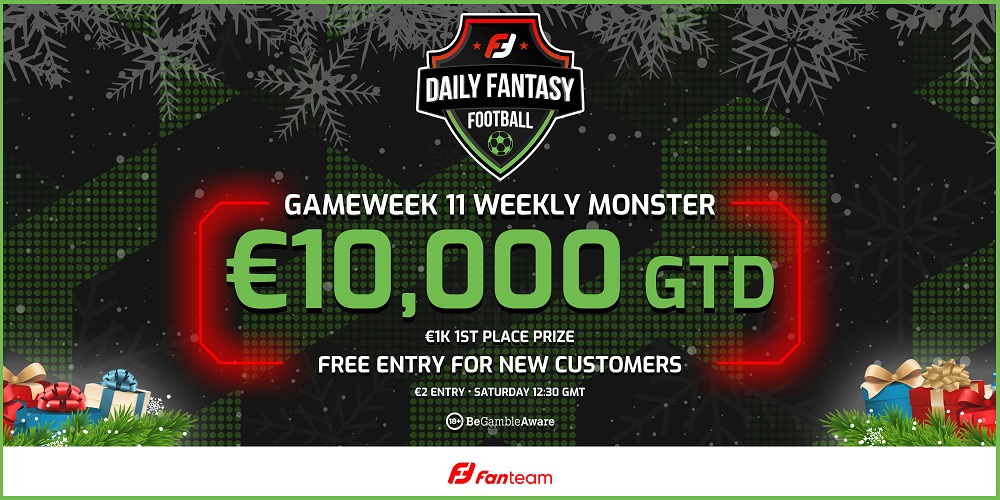