Fantasy Premier League tips: Who should I captain in FPL Gameweek 6?

If you’d like to cast your vote in the Gameweek 6 poll, the link can be found towards the end of this article.

Here’s how things are shaping up for Gameweek 6, as things stand: 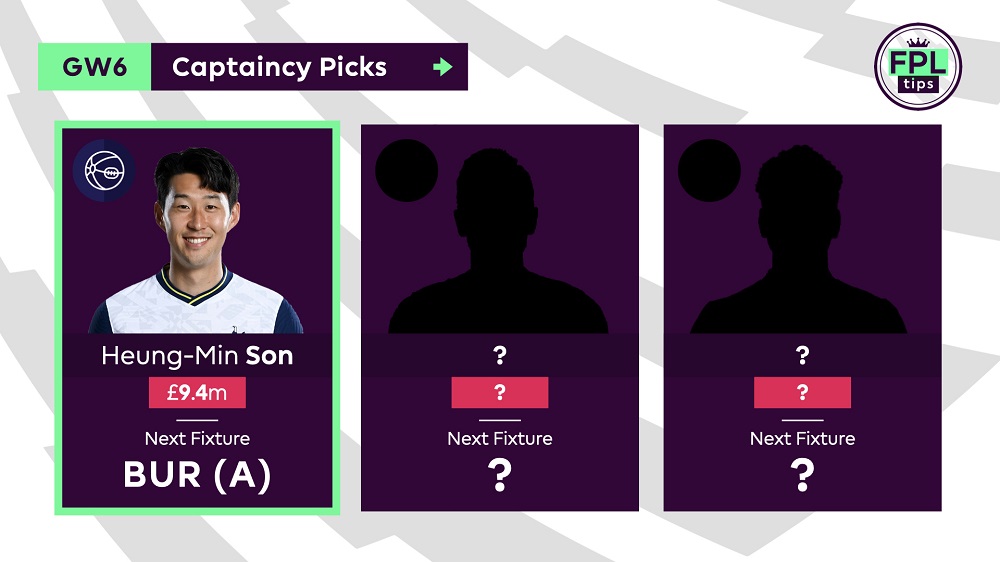 With just over 9% of the vote, Heung-Min Son moves down to third place in this week’s poll ahead of the trip to Turf Moor.

After scoring in the opening minute against West Ham last Sunday, no player has as many goals as the South Korean over the last 4 Gameweeks (7).

He ranks behind only Calvert-Lewin for big chances (7 to 8) and only Kane (12) and Calvert-Lewin (10) can better his 8 shots on target.

Son averaged 5.6 points per game last season and this increased to 6.3 when facing teams outside of the top 8.

Spurs have produced league-high totals of 15 goals, 18 big chances and 32 shots on target, over the last 4 Gameweeks. 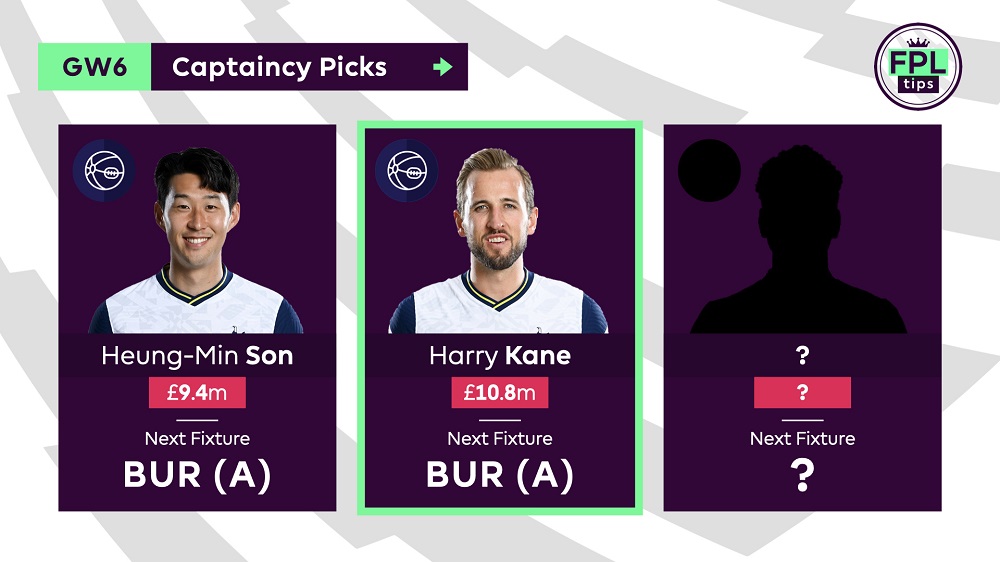 Harry Kane picks up second place, with just under 20% of the vote as it stands.

The England captain was directly involved in all three Spurs goals against West Ham, giving him a league-high total of 58 FPL points over the last 4 Gameweeks; an astounding average of 14.5 per game.

No player has landed more shots on target over that period (12), while only Calvert-Lewin (15) and Mitrović (17) can better his 14 attempts in the box.

Kane averaged 5.4 points per game last season and this increased to 5.9 against the bottom 12 teams.

Burnley have conceded 8 goals in the last 4 Gameweeks; only 5 teams have shipped more.

But they’ve allowed opponents just 5 big chances; no side have conceded fewer.

Only Man City (10) kept more clean sheets on home turf than the Clarets (8) last season but that was with the support of their fans. 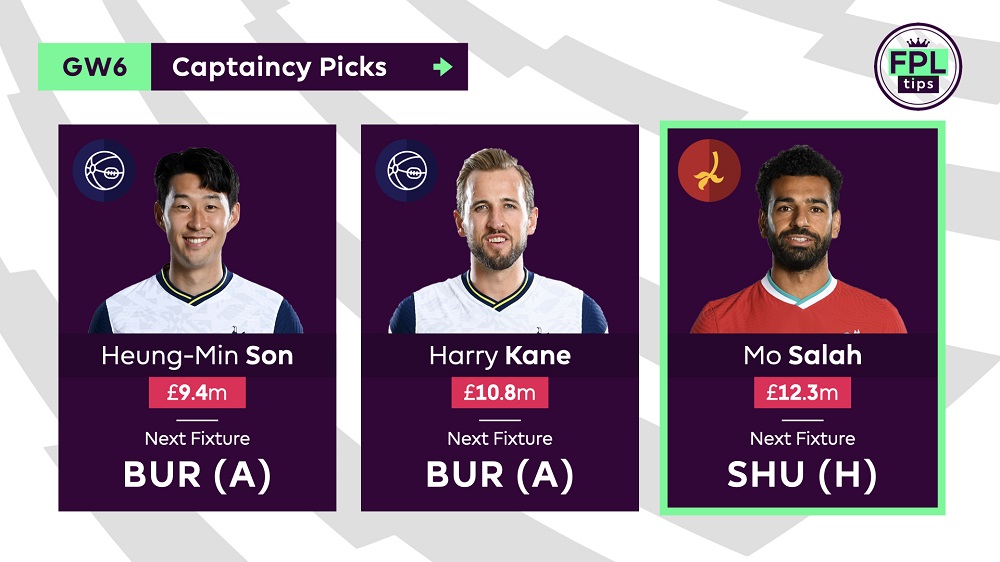 Storming into the lead with an overwhelming 65% of the vote, Mo Salah leads the Gameweek 6 poll.

The Egyptian king has kicked on from his opening day hat-trick to produce 3 goals and 1 assist over the last 4 Gameweeks, where he’s averaged 7.0 points per game.

He ranks top amongst FPL midfielders with 11 shots in the box, while only Mané and Son can equal his 8 efforts on target.

Last season, Salah averaged 6.9 points per game and this increased to 7.9 against teams outside of the top 8.

Liverpool have scored 7 goals over their two matches at Anfield so far this season, creating a chance every 4.4 minutes – which is a league-best.

They’ve averaged 3.5 big chances per home game; only Everton have fared better – with 3.67.

Sheffield Utd are without a win this season, suffering 4 defeats and failing to keep a single clean sheet.

Who will be YOUR Gameweek 6️⃣ captain?

Thank you for reading Fantasy Premier League Tips – ‘FPL Tips: FPL Captain Picks and Tips – Gameweek 6’ which was written and published by FPLTips and FFPundits