Fantasy Premier League tips: Who should I captain in FPL Gameweek 7?

After below average returns in Gameweek 6, key assets from Liverpool and Tottenham remain hot targets for Gameweek 7 FPL managers.

If you’d like to cast your vote in the Gameweek 7 poll, the link can be found towards the end of this article.

Here’s how things are shaping up for Gameweek 7 as things stand: 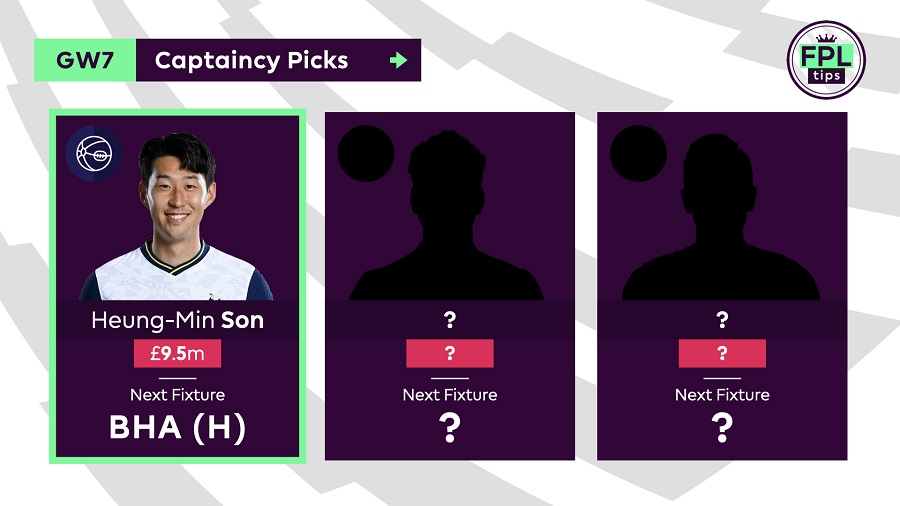 With a sizeable 24% of the vote, Heung-Min Son retains his place at third ahead of Brighton’s visit to London.

After scoring the winning goal against Burnley on Monday, the South Korean has 4 goals and 2 assists in the last 4 Gameweeks; averaging 10.8 points per game.

Amongst FPL midfielders, only Mané (6) has been afforded more than his 5 big chances during that period.

Only Grealish (12), Fernandes and Harrison (each 13) can better his 11 attempted assists.

Spurs have netted 11 goals over the last 4 Gameweeks; only West Ham and Aston Villa can match that tally and no team has scored more.

Only Liverpool (17) have fashioned more big chances than their 15 and only Leeds (53) and Liverpool (47) have attempted more than their 44 shots in the box.

Jose Mourinho’s side have, however, scored just 4 goals in 3 home matches this season, compared to 12 in 3 on the road. 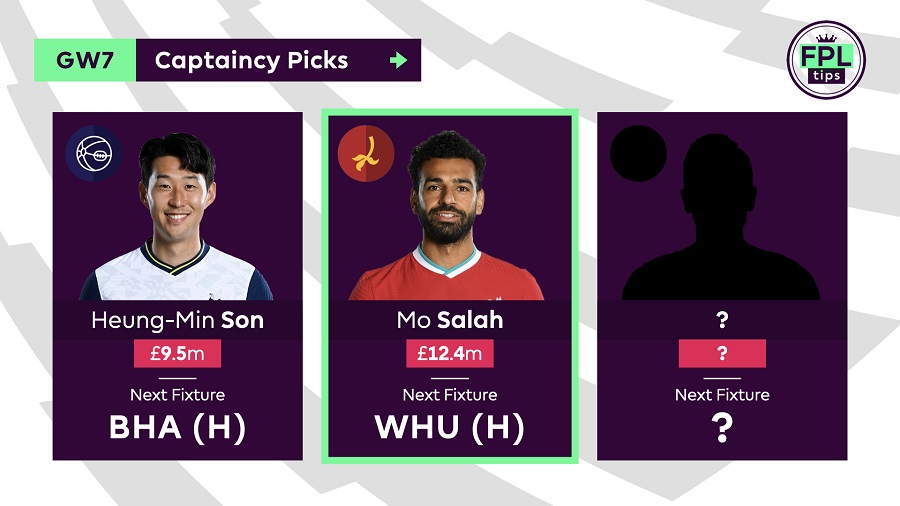 Mo Salah moves down to second place, picking up 32% of the vote as it stands.

The Egyptian was unfortunate not to extend his tally at Anfield last Gameweek, seeing a goal disallowed for a marginal offside, before later striking the woodwork.

He’s averaged 9.0 points per game in three league matches at Anfield so far this season, amassing 3 goals and an assist.

No FPL midfielder has taken as many shots in the box during home matches (14), while his 5 efforts on target, 4 big chances and 40 touches in the opposition’s box are also leading tallies.

Liverpool have scored 9 goals during home matches this season, with only Everton (11) faring better.

No side have fashioned as many as the Red’s 12 big chances or their 39 shots in the box.

West Ham rank joint-13th with a tally of 5 goals conceded in 3 away matches.

Only Arsenal (7), Leeds (8) and Liverpool (9) have allowed opponents more big chances than the Hammers’ 6 on the road. 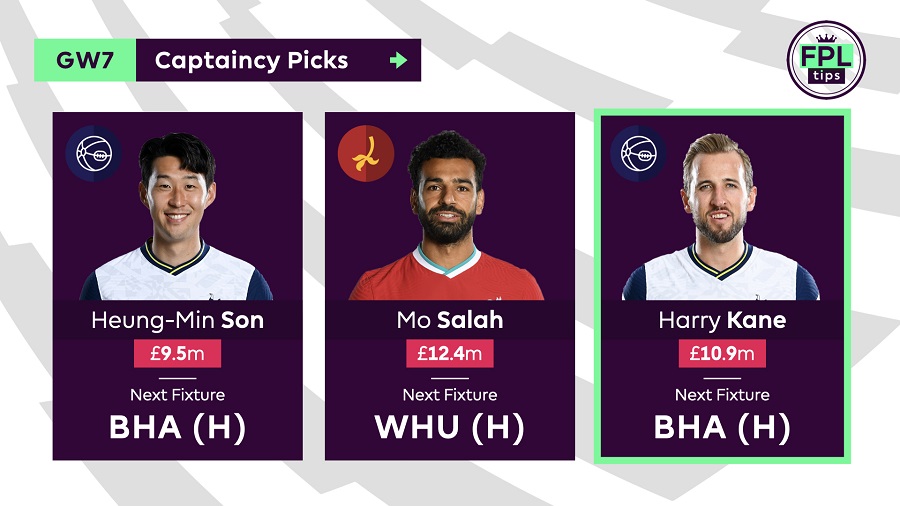 Edging into the lead with 38% of the vote, Harry Kane leads the Gameweek 7 poll.

The 27-year-old linked up once again with Heung-Min Son to guide Spurs to a 1-0 win away at Burnley.

With 4 goals and 4 assists now over the last 4 Gameweeks, Kane has averaged 10.5 points per game.

No player has created more than his 4 big chances in that time or landed as many as his 11 shots on target.

Spurs face a Brighton side that have failed to win any of their last 4 matches, losing two and failing to keep a single clean sheet.

The Seagulls shipped 9 goals over that period; only Liverpool conceded more – with 11.

Despite restricting opponents to just 16 shots in the box – the fewest in the league – only 6 teams gave up more than Brighton’s 7 big chances conceded.

Who will be YOUR Gameweek 7️⃣ captain?