Fantasy Premier League tips: Who should I captain in FPL Gameweek 8?

The Fantasy Premier League community have spoken and once again, attacking assets from Spurs are red-hot captaincy options for Gameweek 8

If you’d like to cast your vote in the Gameweek 8 poll, the link can be found towards the end of this article.

Here’s how things are shaping up for Gameweek 8 as things stand: 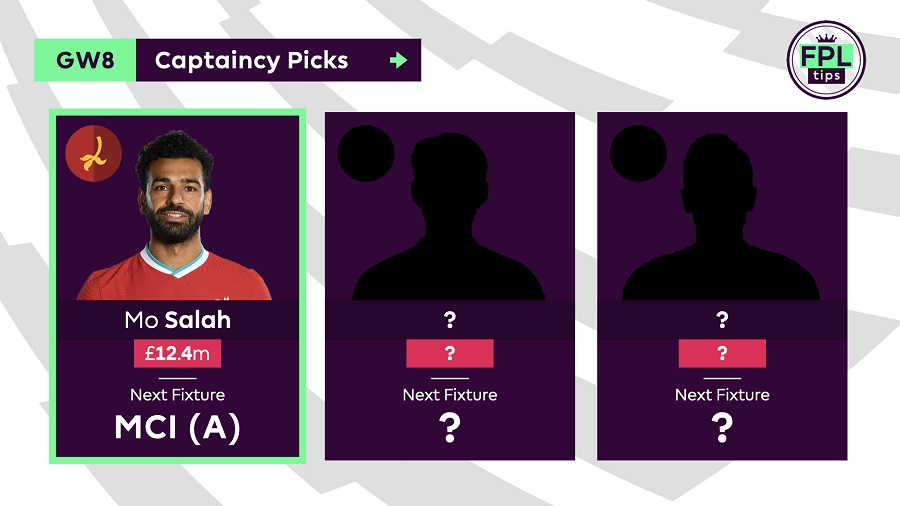 Mo Salah moves down to third place but it’s really a two-horse race this week, with just 3.4% of the vote going to the Egyptian.

After dispatching a penalty he’d won himself against West Ham last Saturday, the 28-year-old has averaged 7.5 points per game over the last 4 Gameweeks.

His tally of 9 shots on target over that period ranks joint-top with Bamford, while no player has taken as many touches in the opposition’s box (44).

In 11 games against the ‘big six’ plus Leicester last season, Salah amassed 62 FPL points; an average of 5.6 per game.

Only Rashford (69) and De Bruyne (85) earned more points against those sides, amongst FPL midfielders.

But they rank joint-9th with a total of 7 big chances conceded in that time. 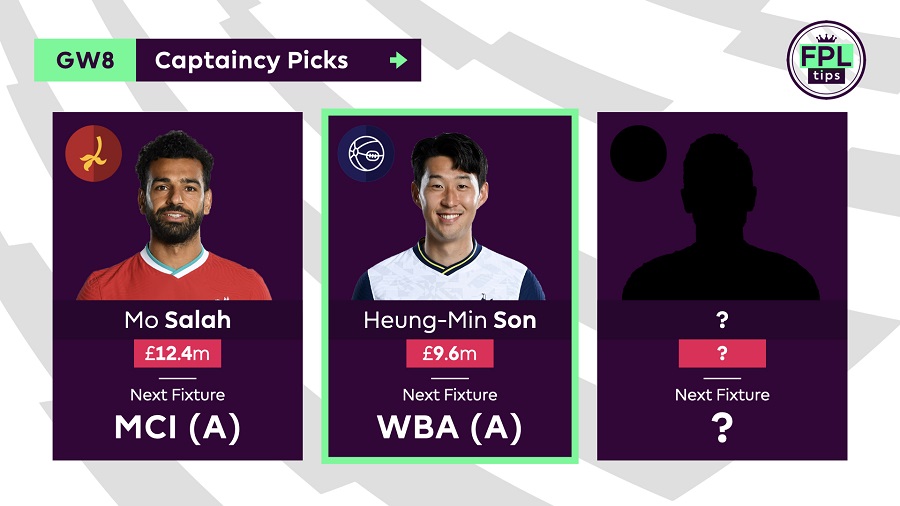 Having received a substantial 31% of the vote, Heung-Min Son comfortably claims second place ahead of West Brom’s visit to London.

Despite an unusually quiet game against Brighton last Sunday, where he didn’t attempt a single shot in the box, the South Korean has picked up more FPL points than any other player in the last 4 Gameweeks (44).

He’s been afforded 5 big chances in that time; on par with Kane and Salah and behind only Watkins, Wilson (each 6) and Bamford (7).

Only Bruno Fernandes, Harrison and Grealish (each 12) can better his 12 attempted assists.

Spurs have scored a league-high total of 12 goals over the last 4 Gameweeks, while only Liverpool (15) have fashioned more than their 14 big chances.

They scored 21 goals in 12 matches against the bottom six teams last season, to average 1.8 per game; slightly higher than their overall season average of 1.6 goals per game. 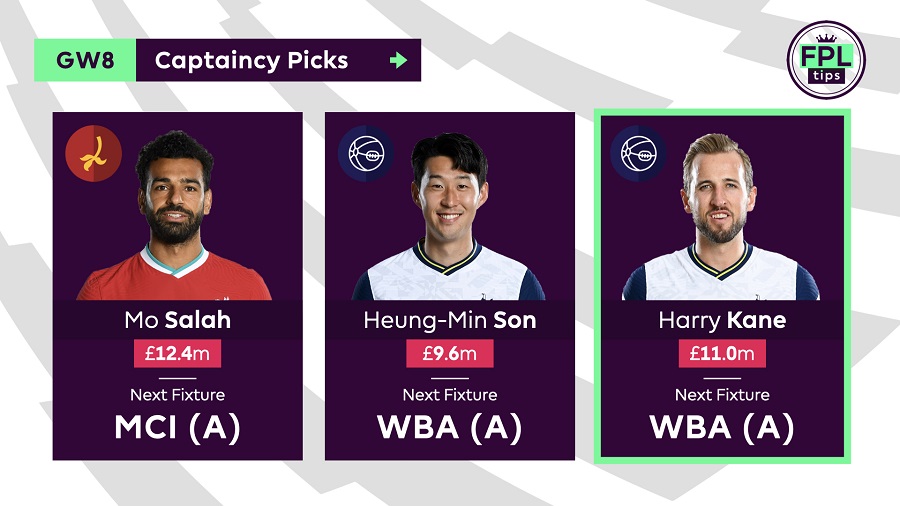 With over 62% of the vote, Harry Kane maintains the number one spot by a landslide.

After converting from the penalty spot against Brighton, he now has 5 goals and 3 assists in the last 4 Gameweeks; averaging 10.8 points per game.

The England captain has landed 7 shots on target in that time; only behind Salah and Bamford (each 9).

No FPL forward has recorded more than his 6 attempted assists, while his 1.47 expected assists (xA) figure ranks 2nd amongst all players, only behind Grealish (2.04).

West Brom have shipped just 5 goals in the last 4 Gameweeks but have faced Burnley, Brighton and Fulham in this time.

No side have shipped as many goals as the Baggies this season – with 16 and they’ve also conceded the joint-highest number of big chances (17) along with Fulham and Leeds.

Only Newcastle have allowed opponents more shots on target (43 to 42).

Who will be YOUR Gameweek 8️⃣ captain?

BEFORE YOU GO… Our official Daily Fantasy Sports Partner, FanTeam, are offering all NEW customers FREE ENTRY to this weekend’s Gameweek 8 Fantasy Premier League contest, which has a €10,000 guaranteed prize pool.

Simply register for your free account here, or by clicking the banner below and once you’ve signed up, you’ll automatically receive a FREE ENTRY to this weekend’s Gameweek 8 Weekly Monster, which has a guaranteed prize pool of €10,000 – with €1,000 going to the first place winner!

Using your 100M budget – just like FPL, pick your best 11-man squad (no subs) for Gameweek 8 only (excluding Friday nights two matches). The contest kicks off at 12:30PM GMT on Saturday the 7th of November. 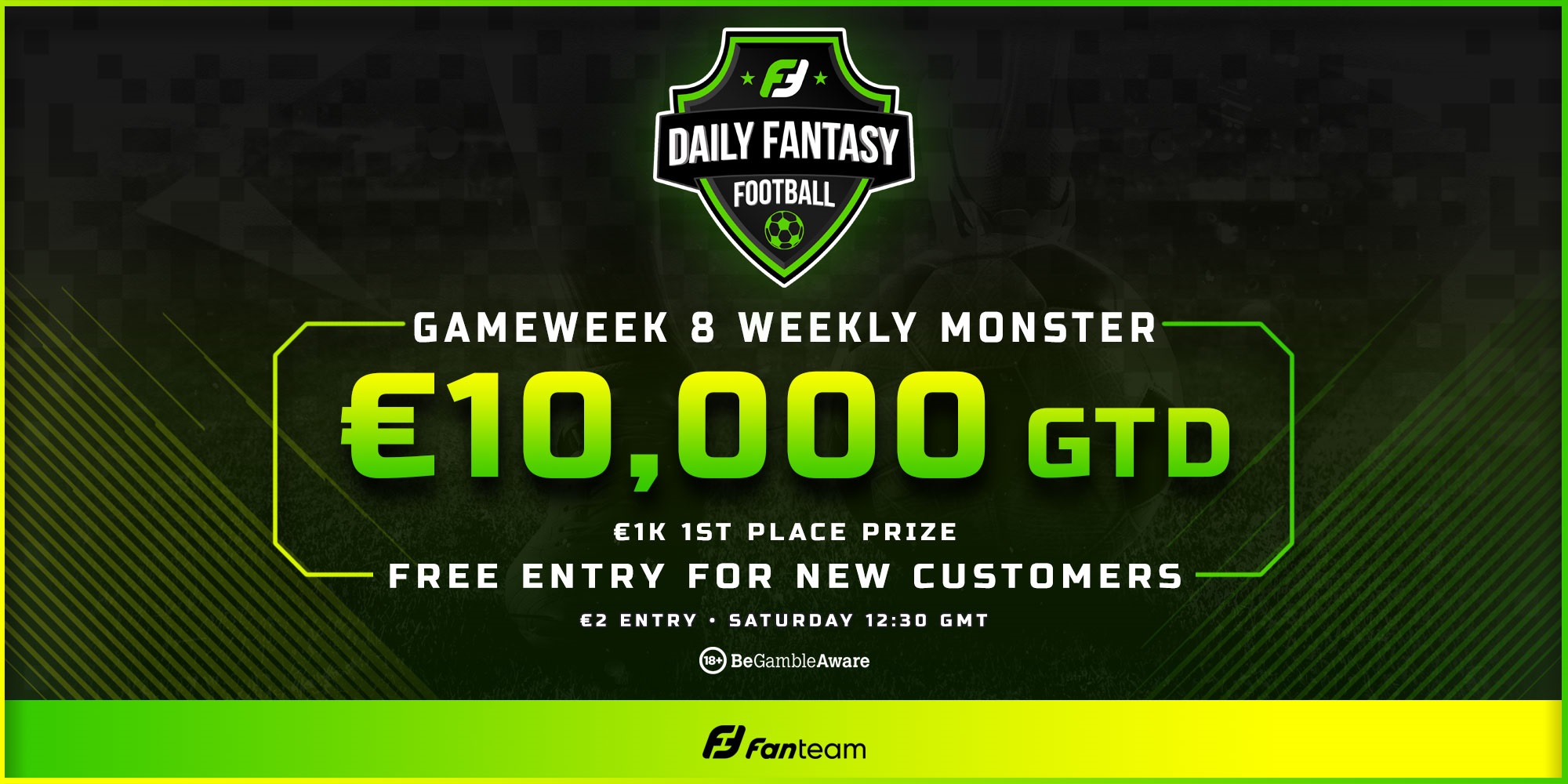