Fantasy Premier League tips: Who should I captain in FPL Gameweek 9?

In what looks a tricky week for fixtures and captain selections, it’s Manchester United’s Bruno Fernandes that the FPL community are putting their faith in for Gameweek 9.

If you’d like to cast your vote in the Gameweek 9 poll, the link can be found towards the end of this article.

Here’s how things are shaping up for Gameweek 9 as things stand: 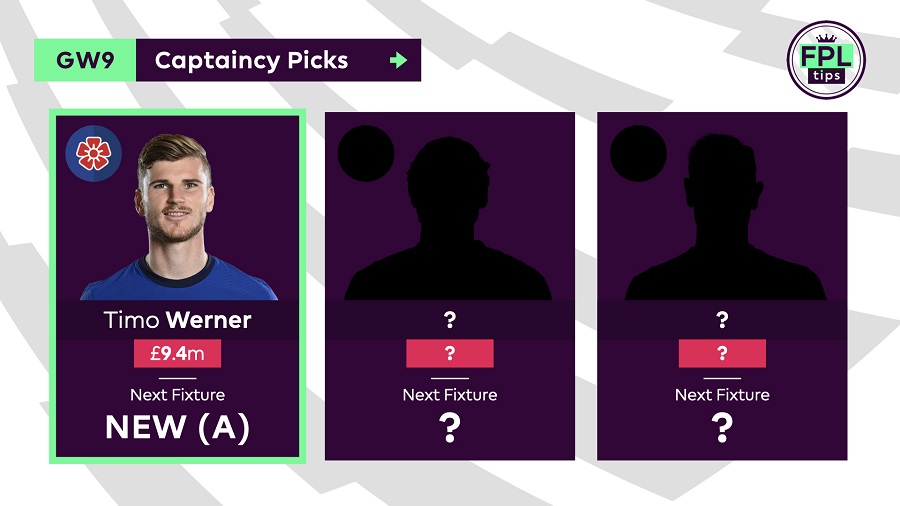 With over 12% of the vote, Timo Werner comes in at number three ahead of Chelsea’s trip to Newcastle.

After a slow start to life in the Premier League, Werner now has 4 goals and 1 assist in the last 4 Gameweeks, where he’s averaged 8.0 points per game.

Only Vardy (6) and Bamford (7) have been afforded more than his 4 big chances over that period, amongst FPL forwards.

Chelsea have scored 10 goals in the last 4 Gameweeks, with only Southampton (11) managing more.

No side have landed more than their 24 shots on target, though they rank joint-7th for big chances – with 8.

Their opponents Newcastle have shipped 8 goals over the aforementioned period, with only Leeds and Everton (each 9) faring worse. 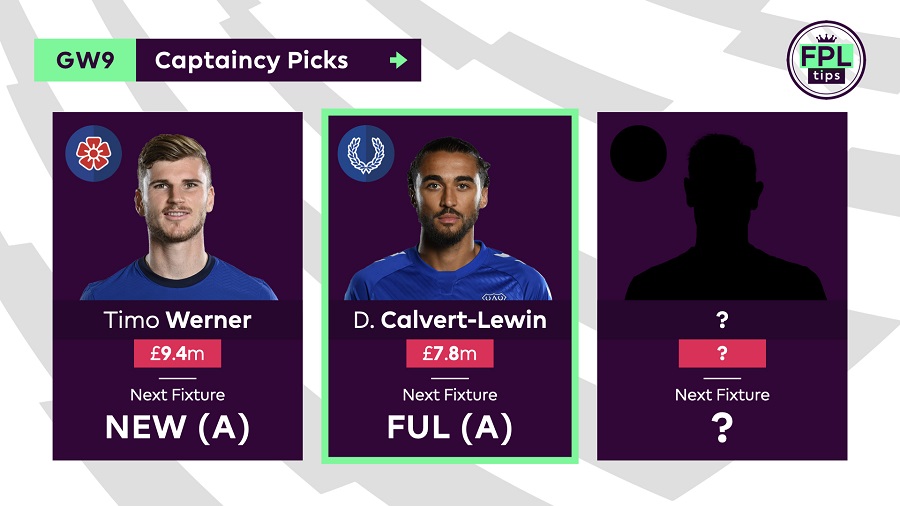 Dominic Calvert-Lewin sits in second place, receiving 25% of the vote.

After playing a direct hand in Everton’s consolation goal against Man Utd, the Everton forward has picked up an average of 5.0 points per game in the last 4 Gameweeks.

Only Adams, Vardy (each 7) and Bamford (8) have landed more than his 5 efforts on target during that time amongst FPL forwards.

The Toffees have failed to win any of their last 4 matches, mustering up just 4 goals; 10 teams have scored more.

They created just 4 big chances but 3 of those fell to Calvert-Lewin.

Fulham have picked up a win and a draw in the last 4 Gameweeks to move up to 17th.

They’ve shipped just 4 goals over that period but have allowed opponents 8 big chances, with only Leeds, Everton (each 12) and Sheffield Utd (13) conceding more.

Only Newcastle (26) and Sheffield Utd (28) have faced more than their 24 shots on target. 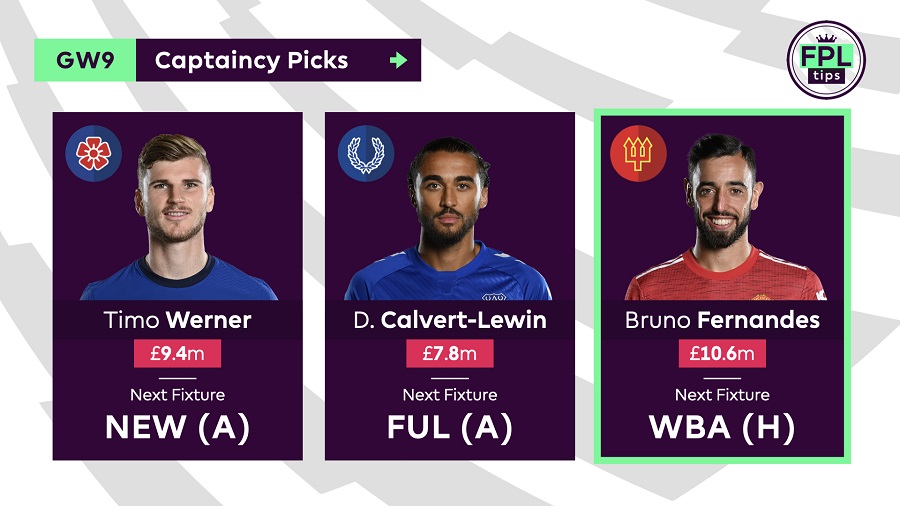 Storming into the number one spot with over 54% of the vote, it’s Bruno Fernandes who leads the pack.

The Portuguese star has directly contributed to 5 goals in the last 4 Gameweeks (3 goals, 2 assists), to earn an average of 8.3 points per game.

Only Kane has picked up more FPL points over that spell (36 to 33), while only Salah and Bamford (each 8) have landed more shots on target than his 7.

All three of his double-digit hauls have come on the road this season but United have faced ‘big six’ teams in each of their last 3 home matches.

West Brom have conceded 10 goals in 4 away matches this season, with no side shipping more.

You’ve had 2 weeks to think about this, #FPL bosses…

Who will be YOUR Gameweek 9️⃣ captain? 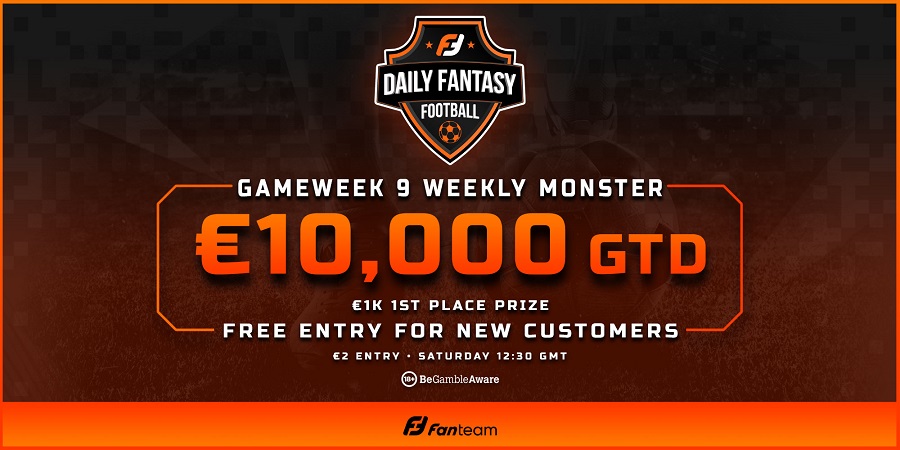