New teams registered for Gameweek 3 start with 70% of the average score from Gameweek’s 1 and 2, which equates to 89 points

For those managers yet to enter their team for FanTeam’s €1M season-long game – we’ve got you covered, as Late Registration is now open for Gameweek 3!

Late entrants are still firmly in contention for the €200,000 top prize, as well as the profit earned for finishing in the top 5,659 places, AND there’s the weekly and monthly prizes to be fought for.

Season-long players will also be rewarded with entries to weekly Freeroll events, exclusive to players of the €1M game.

Furthermore, managers who have been given another chance to enter their team in time for this coming weekend’s Premier League action won’t be starting on zero points…

New teams registered before the next FanTeam deadline on Saturday the 26th at 11am BST will start with 70% of the average score for Gameweeks 1 and 2 (which equates to 89 points), meaning you will start just 46 points away from the cash place positions, with the addition of several extra benefits, as explained below. 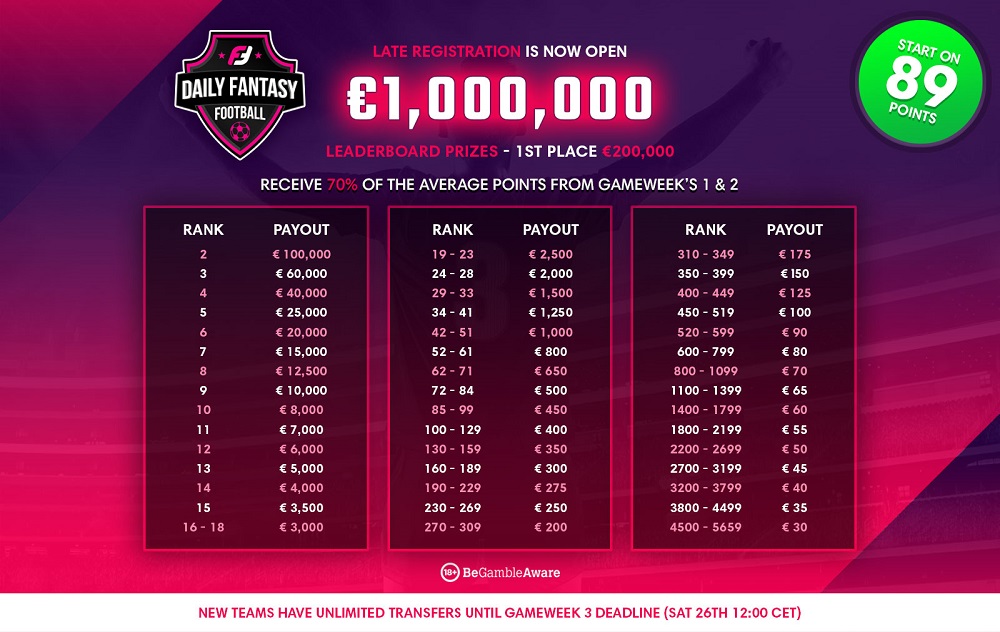 Late entries to FanTeam’s €1m season-long game will be able to make unlimited transfers between now and the Gameweek 3 deadline.

Whilst entries from the start of the season will have accumulated 2 free transfers to use before the start of Gameweek 3, with the first wildcard in the locker, late entrants have the ability to make as many changes as they please before selecting their final 15-man squad.

Most importantly, you will still have the first wildcard available to you until Gameweek 18.

While choosing a team for Gameweek 1 can feel like a shot in the dark, with pre-season form often turning out to be more misleading than helpful, choosing a team after Gameweeks 1 and 2 allows for much more informed choices to be made. 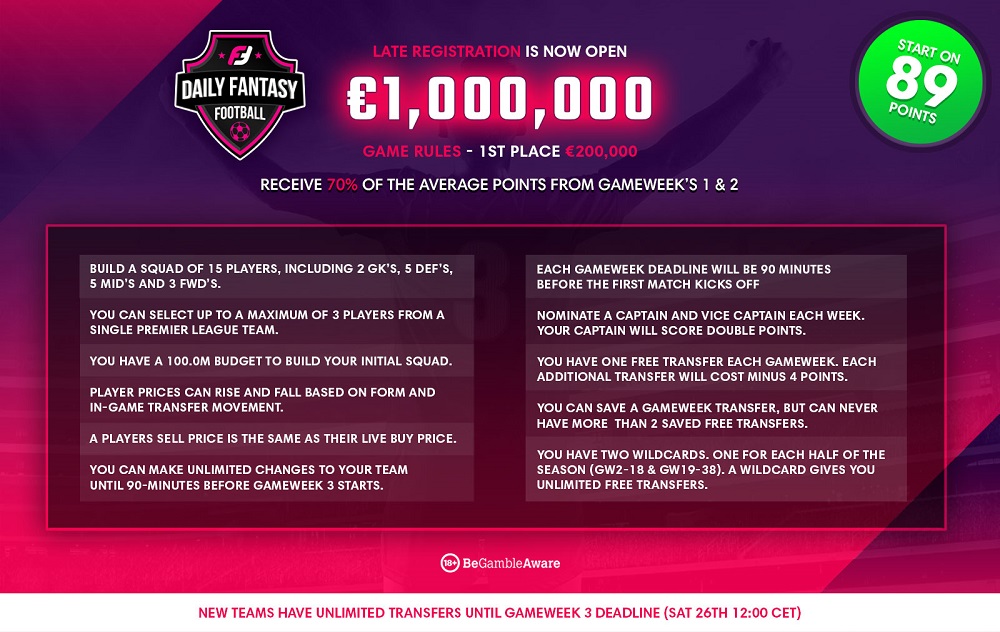 Late entrants for Gameweek 3 will have the unique benefit of choosing their team after seeing all 20 Premier League teams already in action.

Late entries for Gameweek 3 will have the hugely significant benefit of having seen the four teams who didn’t feature in Gameweek 1 play in the league.

This should allow managers to have a better idea of which premium and differential players are worth targeting from the two Manchester clubs, such as Kevin De-Bruyne (12.5M) or Bruno Fernandes (11.0M), but it could also point out some potential bargain gems from Aston Villa and Burnley.

With Emiliano Martínez (4.5M) scoring 12 points on his Villa debut, and Burnley forward Chris Wood (7.0M) netting away to a strong Leicester defence, could either of these budget options be making your late entry squad? 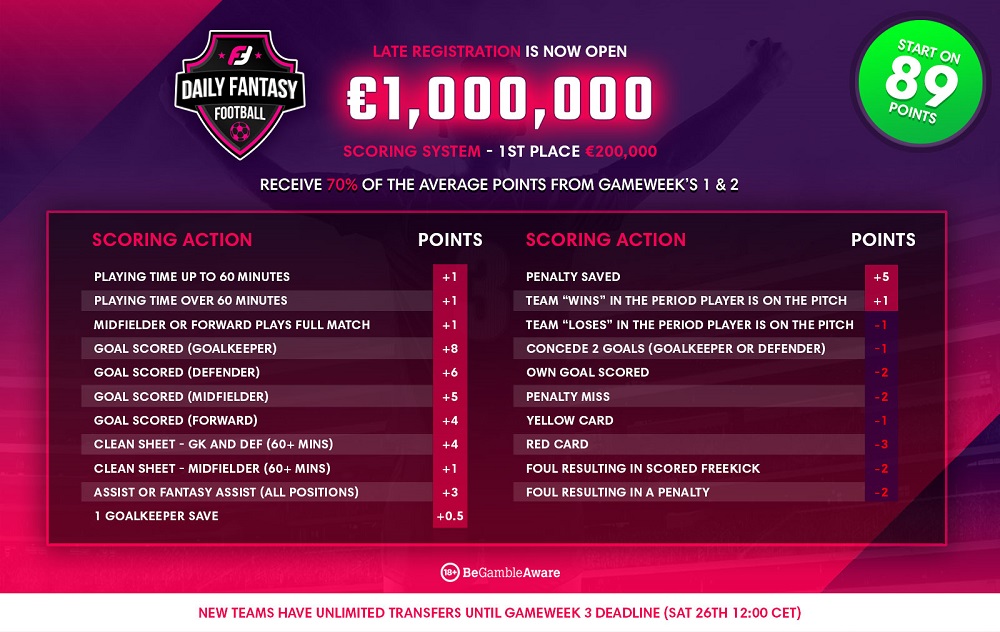 If you’re new to FanTeam, check out our Introduction to FanTeam article here to see what it’s all about.

As the €1M season-long contest is exclusive to FanTeam, you’ll first need to create an account. This can easily be set up for free by visiting the Fanteam.com website and clicking on the register button.

Once you’ve created your account, head on over to the Lobby and click on the €1M Fantasy PL Season 20/21 contest to get started on building your team.

If you already have a FanTeam account and are looking to enter another team, simply click the banner below to take you straight to the €1M contest and start building your team today.