The 2019/20 Premier League fixtures were released this week (June 13th) and it’s Liverpool who’ll kick off the new FPL season, with a Friday night fixture against newly promoted Norwich City.

League champions Manchester City, who are now the odds-on  favourites to retain their Premier League title, according to BonusBets.com, travel away to West Ham on the opening weekend, while Manchester United host Chelsea in the first ‘top six’ meeting of the new season.

We will once again be rolling out videos, articles and social media content via our various channels – a link to each you can find below.

We hope you enjoy our debut piece for the new 2019/20 Fantasy Premier League season, and look forward to continuing the discussion on our social media platforms.

Which teams have the best opening fixtures? 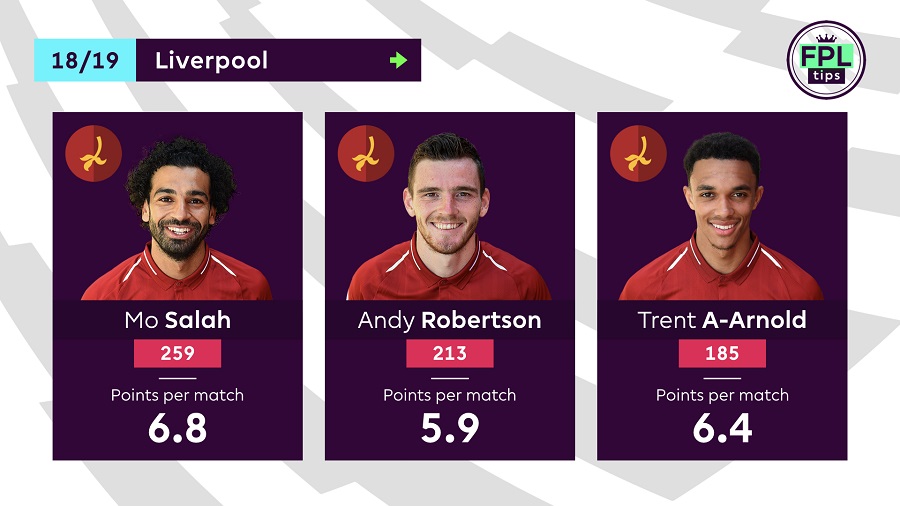 The opening fixtures look particularly favourable for Liverpool, with the Champions League winners hosting Norwich, Arsenal and Newcastle in the first 5 Gameweeks.

The Reds put 9 goals past Arsenal and Newcastle in their home meetings last season, while conceding just once.

Their first two away trips fall against Southampton and Burnley, who were amongst the worst teams defensively last season (65 and 68 respectively). Aside from the 3 relegated teams, only Bournemouth (70) shipped more goals.

So, it looks like Mo Salah will be making an immediate return to our FPL teams, along with attacking full-back Robertson and Alexander-Arnold, though Sadio Mané of course provides an alternative option. 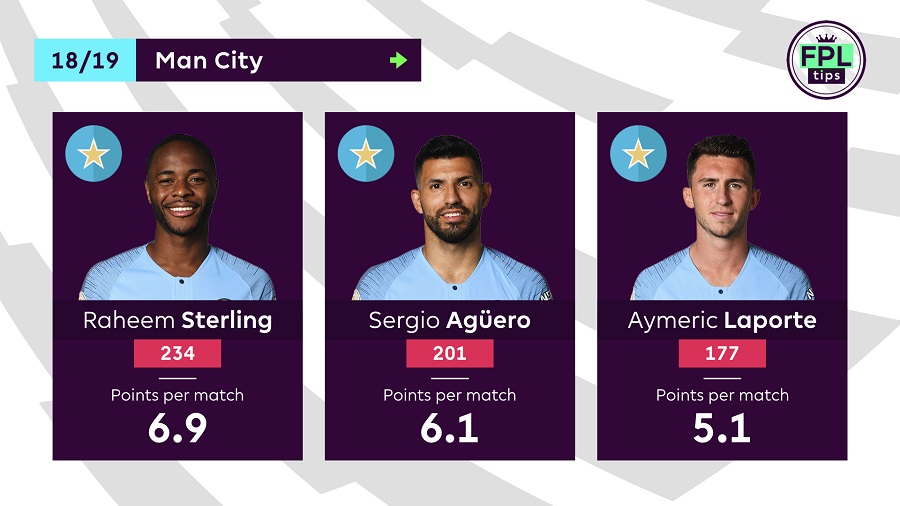 It’s a kind start for the current Premier League champions as well, who face just one ‘top six’ side in their first 11 matches.

The first 4 Gameweeks see them face West Ham and Bournemouth on the road, with Spurs and Brighton travelling to the Etihad and in the respective fixtures last season, Guardiola’s side scored 8 goals and kept 4 out of 4 clean sheets.

45 away goals conceded by Bournemouth last campaign was joint-worst in the Premier League, while only relegated Fulham (63) conceded more big chances than West Ham (59) on the road.

Will Laporte once again be the man we turn to in defence, or could we see John Stones cement a regular starting place for a cheaper price? Benjamin Mendy will also be one to keep an eye on.

Sterling and Agüero are likely to be the big hitters we turn to in that Man City side. 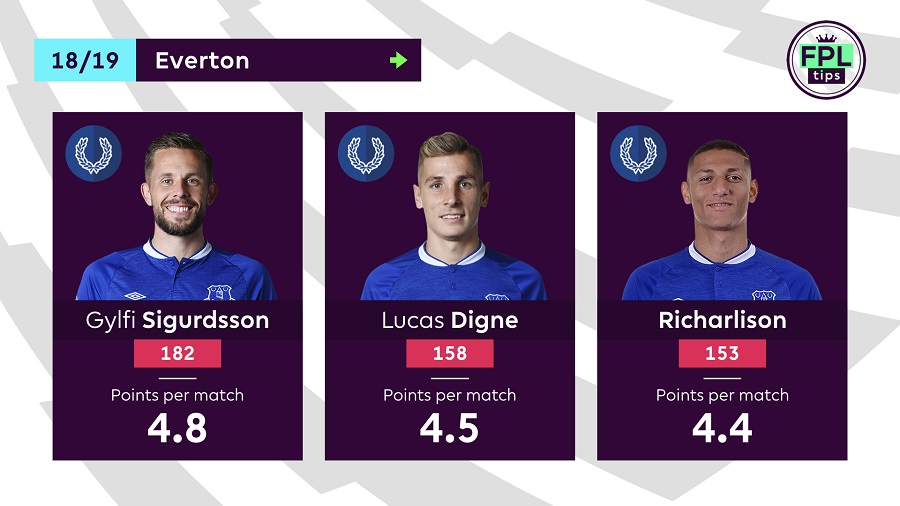 From the remaining teams, it’s Everton’s opening fixtures that stand out on paper.

The Toffees host Watford, Wolves and newly promoted Sheffield United in the opening 6 Gameweeks, amongst away ties with Crystal Palace, newly promoted Aston Villa and Bournemouth.

Lucas Digne produced more attempted assists (70) than any other defender last season, while only Robertson created more big chances (14 to 12).

Sigurdsson (4.8) and Richarlison (4.4) racked up the highest points per game amongst Everton’s attacking players but with 6 goals and 5 assists to his name, Calvert-Lewin could be a potential budget forward to consider, having been a regular starter since Gameweek 28.

So, Liverpool, Manchester City and Everton players are likely to be in our thoughts when selecting a Gameweek 1 team and to finish off this quick reaction to the fixture schedule, let’s take a look at a couple of other teams with some favourable matches in the opening Gameweeks.

Watford begin the season with a home match against Brighton and also host West Ham and Arsenal across the opening 5 Gameweeks; all fixtures that look attractive from an attacking perspective.

Deeney (9 goals, 5 assists) could be one to watch early on, if you’ve forgiven him for that red card last season, and of course Deulofeu (10 goals, 5 assists), providing he remains listed as a midfield option. 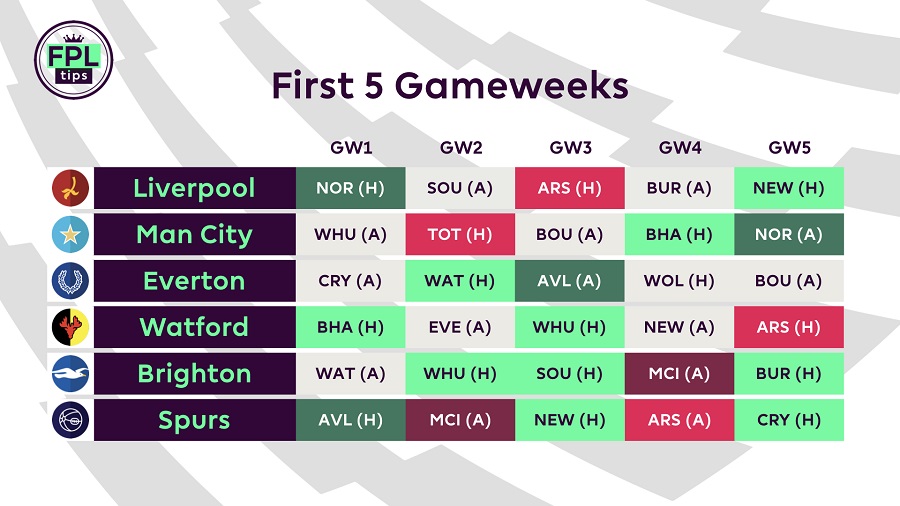 Brighton welcome West Ham, Southampton and Burnley to the Amex in the first 5 Gameweeks, which could bring our Double Gameweek favourites Ryan and Duffy into consideration, as budget-friendly options.

On the surface, Spurs’ fixtures don’t look too appetising early on, given the away trips to Man City and Arsenal.

But Pochettino’s side also have 3 home fixtures during the opening 5 Gameweeks, where they’ll host newly promoted Aston Villa, Newcastle and Crystal Palace.

So, if you’re looking for a differential captain option in Gameweeks 1, 3 and 5, Harry Kane might just be the man for the job.

> Reaction to the FPL Launch