If you’d like to cast your vote in the Gameweek 3 poll, the link can be found towards the end of this article.

Here are the results, as things stand: 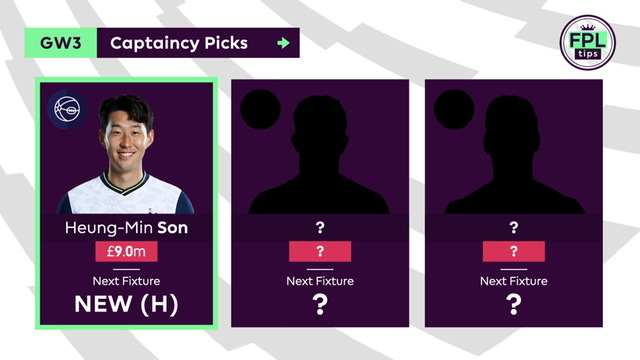 Heung-Min Son enters the top three, with 21% of the vote, after netting four goals in the 5-2 hammering at Southampton last weekend.

The South Korean ranked joint-top with tallies of 4 shots on target and 3 big chances in Gameweek 2.

But the high line that Saints played was certainly a key factor and whether Newcastle will be as accommodating remains to be seen.

Between Mourinho’s appointment ahead of Gameweek 13 and the end of last season, no Spurs player contributed as many as Son’s 118 FPL points, comprising of 8 goals and 8 assists in 20 appearances.

He averaged 6.3 points per game during home matches against teams that finished in the bottom half of the table.

Newcastle conceded 34 goals in 16 matches against the ‘top 8’ teams last season; an average of 2.1 per game. 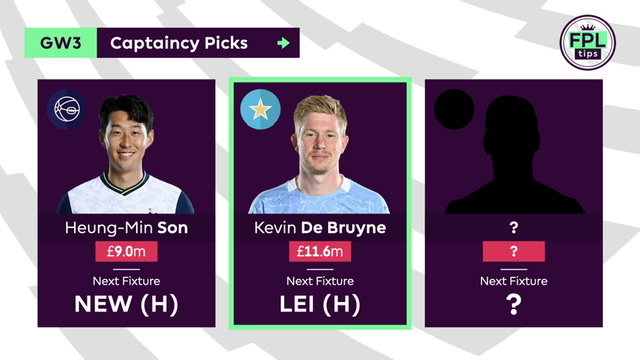 There’s a tie for first-place this Gameweek, as Kevin De Bruyne and one other player have each received 30.6% of the vote.

Last season’s top FPL points scorer began his campaign with a double-figure return (13) against Wolves, topping the charts for both goal threat and creativity in Gameweek 2.

Only Mitrović and Son could match his 4 shots on target, while no player attempted as many assists as his 6.

The Belgian ranked joint-top with Salah for FPL points duringhome matches last season (148), averaging 8.7 points per game at the Etihad.

Man City scored 18 goals in 7 matches against the ‘top 8 teams’ during the 2019/20 campaign, where the 29-year-oldaveraged an equally impressive 8.5 points per game.

Leicester lost all 4 of their meetings with Man City and Liverpool last season, conceding 10 goals; an average of 2.5 per game. 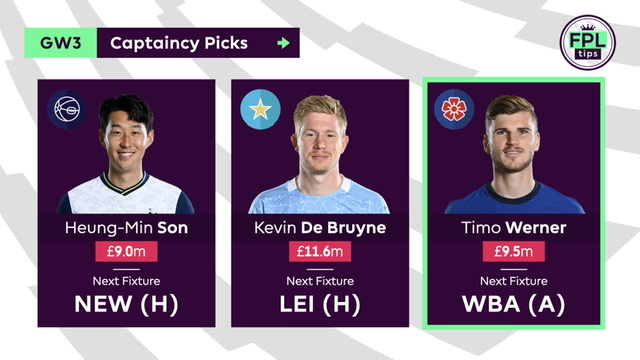 Neck and neck with the Man City midfielder on 30.6% is Timo Werner, ahead of a trip to a porous West Brom side.

The German won his 2nd penalty of the season in Gameweek2 but Jorginho failed to convert from the spot.

The 24-year-old netted 28 goals in 34 Bundesliga appearances last season but is yet to get off the mark in the Premier League.

His tally of 6 goal attempts is 4 more than any teammate has managed, while his 12 touches in the opposition’s box is 8 more than any other Chelsea player so far.

West Brom rank bottom with tallies of 8 goals and 8 big chances conceded over the first 2 Gameweeks.

No side have faced more than their 24 shots in the box or as many as their 14 on target.

Who will be YOUR Gameweek 3️⃣ captain?