If you’d like to cast your vote in the Gameweek 4 poll, the link can be found towards the end of this article.

Here’s how things are shaping up for Gameweek 4, as things stand:

Please note that all players prices and ownership percentages were correct at the time of recording and writing. All sports betting and bookmaker odds are taken from qq39bet.

With 21% of the vote, there’s a place for Raúl Jiménez in the top three ahead of Fulham’s trip to Molineux.

The Mexican has netted twice in the opening three Gameweeks, averaging 4.7 points per game.

Only Kane, Mitrovic (each 10), Richarlison (11) and Calvert-Lewin (12) have taken more than his 9 shots in the box, amongst FPL forwards. 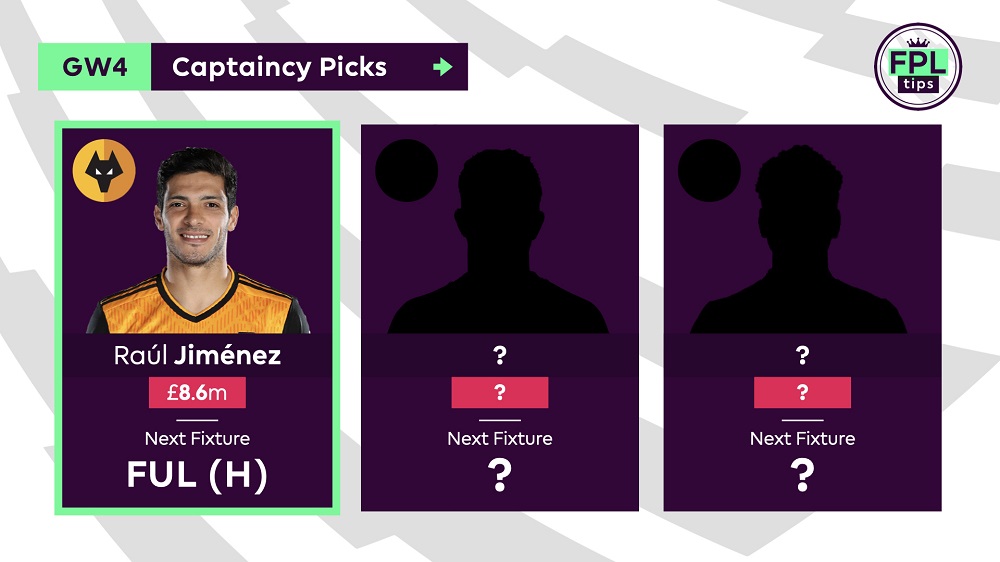 He averaged 5.1 points per game at home last season, with 8 goals and 4 assists in 19 appearances.

No forward took more than his 50 shots in the box, while only Chris Wood (10.6) could better his 9.8 expected goals figure (xG).

Wolves ranked 9th with a tally of 27 goals scored at home last season and only 5 teams had more than their 43 big chances.

Fulham have conceded 10 goals so far this season, allowing their opponents 8 big chances; West Brom are the only side to fare worse on either account

It’s a close call between the top two picks once again but Kevin De Bruyne just misses out on the no. 1 spot, with 31% of the vote as it stands.

The Belgian was unfortunate not to return against Leicester in Gameweek 3 after setting up a big chance for Fernandinho.

He was prolific home and away last season but played a direct hand in 14 goals across 18 appearances on the road (4 goals, 10 assists). 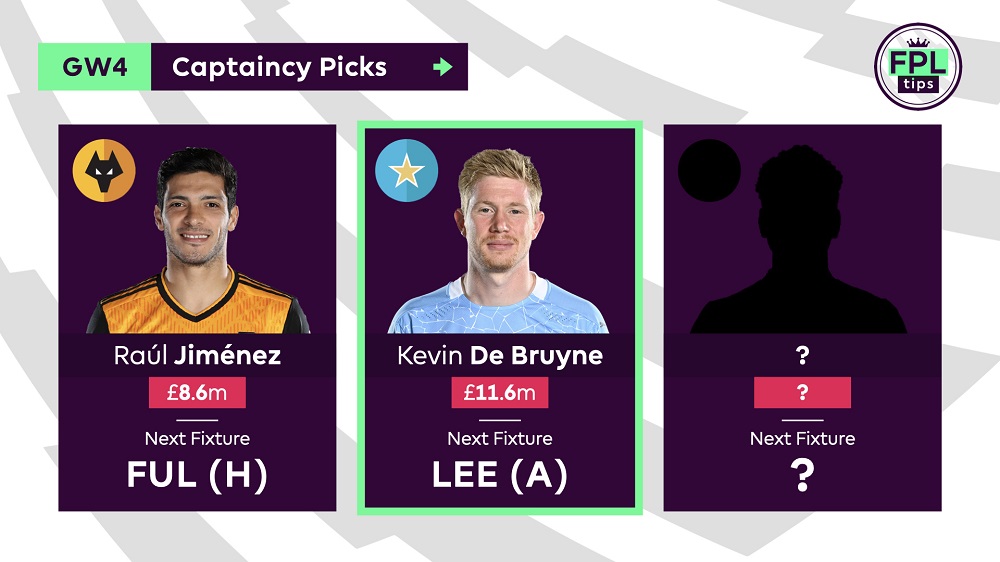 Manchester City scored 45 away goals last season; 12 more than Liverpool and 6 more than any other side.

They fashioned a league-high 76 big chances; ahead of Leicester – with 50, and Liverpool – with 48.

Leeds have shipped 7 goals in their three matches this season, allowing 8 big chances; only Fulham and West Brom have been more porous.

Just edging ahead with 33% of the vote, Mo Salah leads the Gameweek 4 poll ahead of a trip to Aston Villa.

No FPL midfielder has earned more than his 28 points this season, with the Egyptian king averaging a score of 9.3 per game.

He’s produced league-leading figures of 17 total shots, 13 attempts from inside the box, 11 attempted assists and 35 touches in the opposition’s box.

Though he was less prolific on the road than at Anfield last season, the 28-year-old still played a direct hand in 10 goals across 16 away matches. 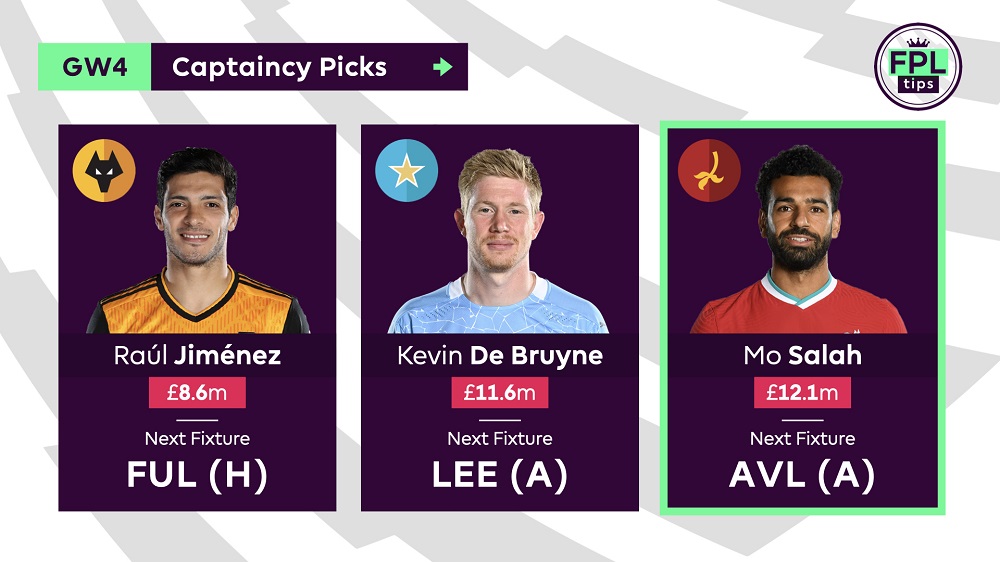 Tallies of 4 goals and 6 assists gave him an average of 5.3 points per game.

Aston Villa have made a strong start to the season, with two wins and two clean sheets against Sheffield United and Fulham.

But they conceded 36 goals against the ‘top six’ teams last season; an average of 3.0 per game.

Who will be YOUR Gameweek 4️⃣ captain?

Thank you for reading Fantasy Premier League Tips – ‘FPL Tips: FPL Captain Picks and Tips – Gameweek 4’ which was written and published by FPLTips and FFPundits