Welcome back to the ‘FPL Captaincy Picks’ series, where we’ll be discussing the top 3 Fantasy Premier League captain options for the Gameweek ahead, as voted for by the FPL community over on our Gameweek 2 Captains Poll on Twitter.

If you’d like to cast your vote, the link is in the description box below.

Here are the results, as things stand: 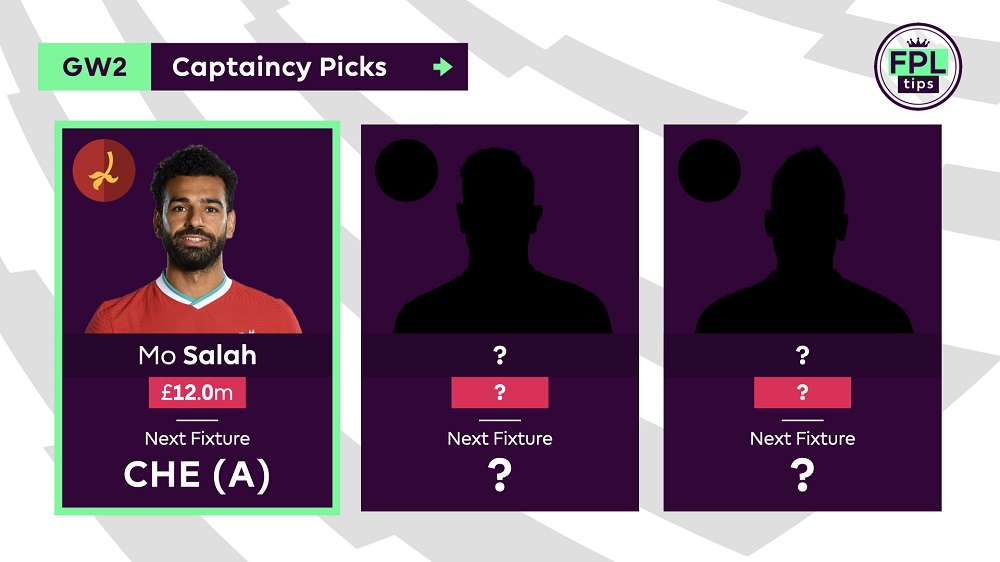 Mo Salah remains in the top three, with just under 7% of the vote, after his hat-trick against Leeds on the opening day.

Last season, the Egypt international averaged 3.9 shots per game and 9.5 touches in the opposition’s box.

He more than doubled each of those (already impressive) tallies with his performance last Gameweek, taking 9 shots and 21 touches in the box.

But it’s no secret that he has had the tendency to perform better at Anfield than on the road.

The 28-year-old picked up 4 goals and 6 assists in 16 away matches last season, averaging 5.3 points per game.

By contrast, he averaged 8.2 points per game across 18 home matches, where he netted 15 goals and supplied 4 assists.

But in 8 matches against the ‘top five’ teams, the Blues shipped 19 goals; an average of 2.4 per game. 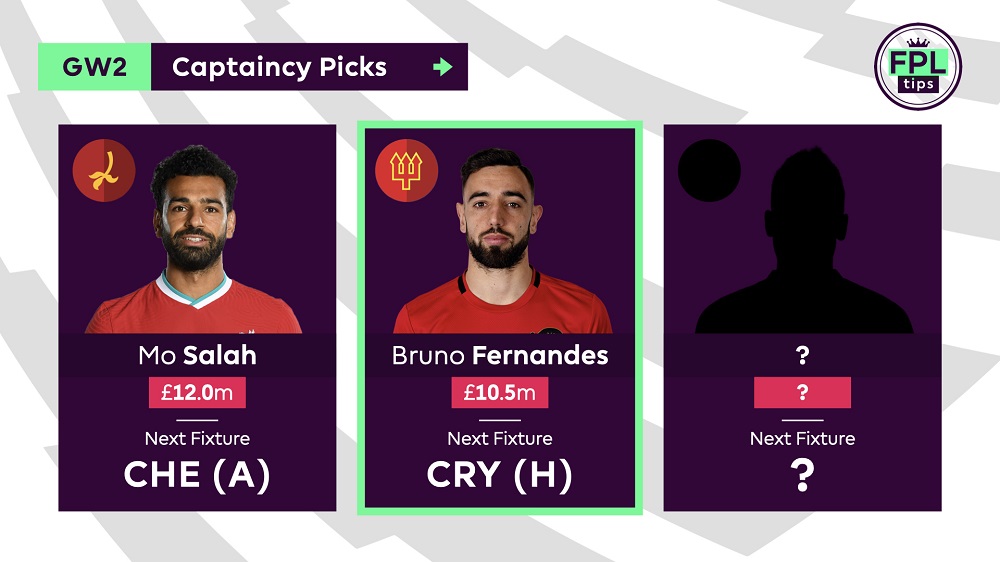 Bruno Fernandes has received over 11% of the vote, as Manchester United prepare to begin their campaign at home to Crystal Palace.

With 8 goals and 8 assists in 14 appearances, no player picked up more FPL points than the creative midfielder (117) since his arrival in Gameweek 25 last season.

Man Utd scored 30 goals in 14 Gameweeks since Bruno Fernandes was signed; only Man City (37) managed more in that time.

Crystal Palace conceded 22 goals over the same period, with only Watford, Norwich and Bournemouth – the three relegated sides – allowing more. 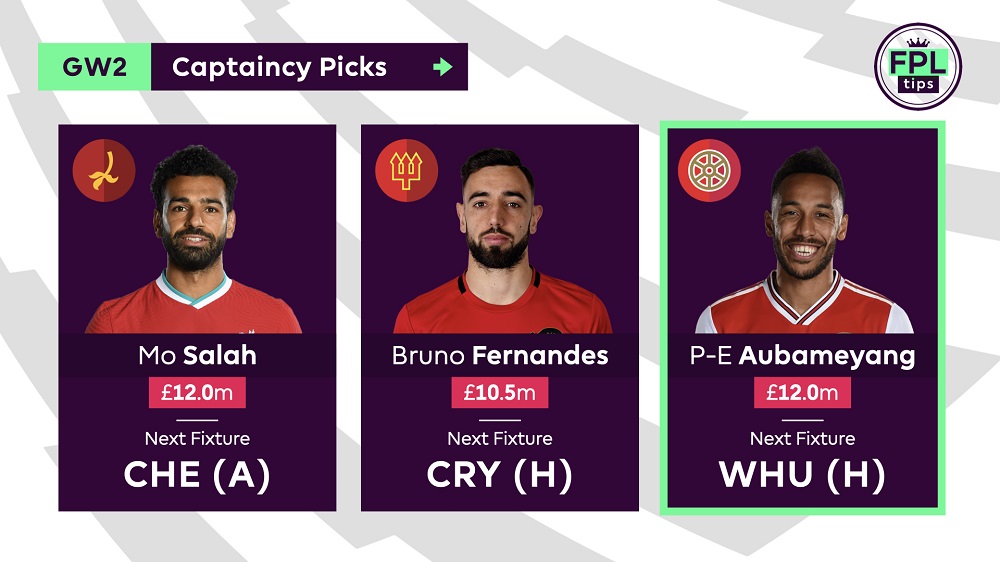 Keeping his number one spot after an impressive performance against Fulham, Pierre-Emerick Aubameyang has received an overwhelming 77% of the vote.

With 5 goals and 2 assists in his last 4 Premier League matches at the Emirates, the Arsenal talisman, who has just signed a new a contract with the Gunners, averaged 10.3 points per game at home, post-restart last season.

No FPL midfielder landed more than his 8 efforts on target on home turf during that period, or was afforded as many as his 5 big chances.

Against those same sides, Arsenal scored 22 goals in 12 matches; averaging 1.8 per game.

No team conceded more than their 53 big chances during away matches throughout the campaign.

Who will be YOUR Gameweek 2️⃣ captain?

Thank you for reading ‘Fantasy Premier League Tips: ‘FPL Captain Tips and Picks – Gameweek 2 which was written and produced by FFPundits & FPLTips.