Welcome back to the Captaincy Picks and Tips series, where we discuss the top three captain options for the Gameweek ahead, as decided by the results of our Twitter Captains Poll.

If you’d like to cast your vote in the Gameweek 7 poll, the link can be found towards the end of this article.

Here’s how things are shaping up for Gameweek 5, as things stand: 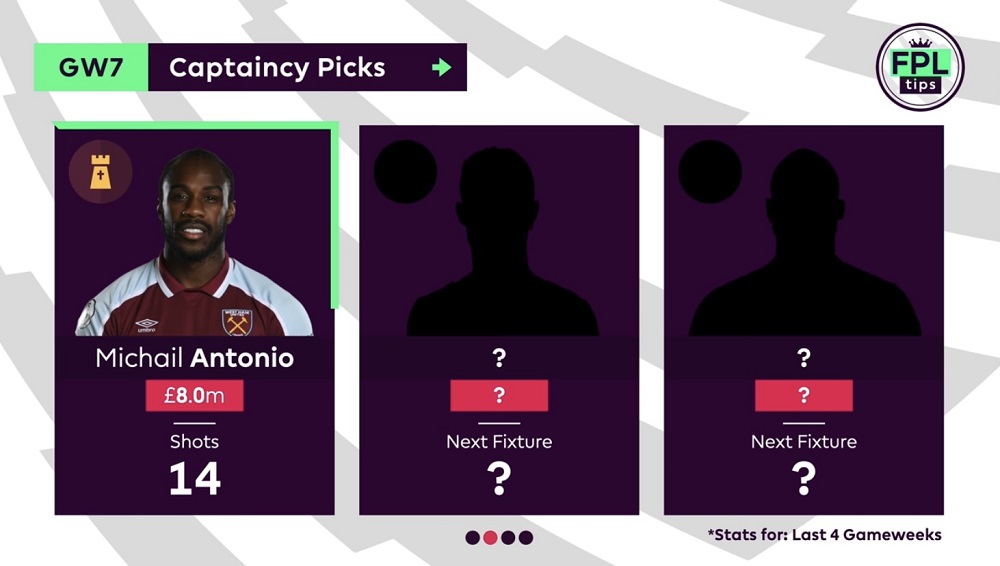 With 17% of the vote, Michail Antonio comes in at number three ahead of Brentford’s visit to the London Stadium.

The West Ham number nine continued his prolific start on his return from suspension last Gameweek, registering his 9th goal involvement of the season (5 goals, 4 assist).

His tally of 13 shots in the box ranks joint-top with the Man Utd forward.

Only Liverpool have scored more goals than West Ham this season (15 to 13) but the Hammers have tailed off slightly in the last 4 Gameweeks.

Seven teams can better their 5 goals scored in that time and nine teams have fashioned more than their 6 big chances.

Brentford have shipped just 5 goals all season – 3 of which came against Liverpool last Gameweek. 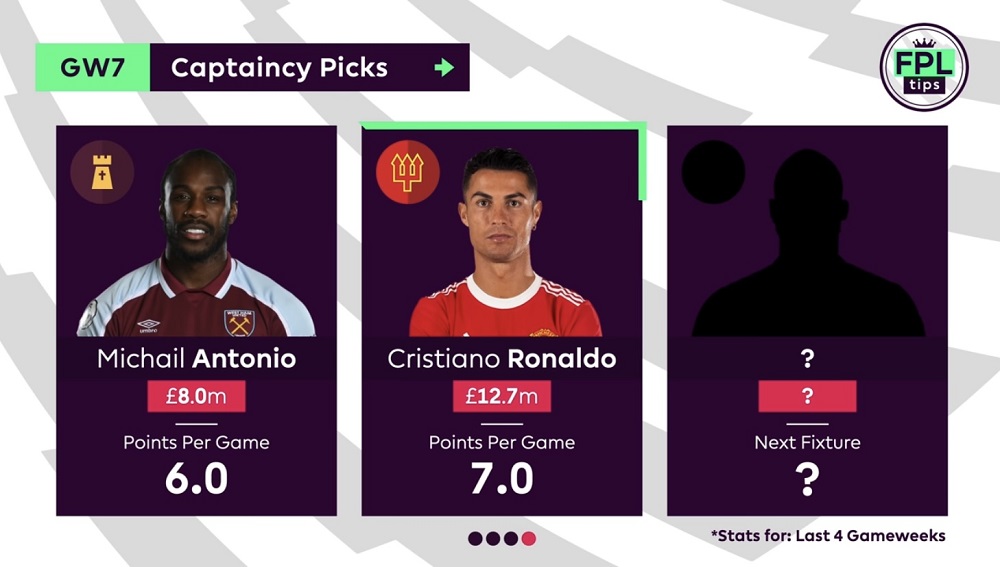 Cristiano Ronaldo claims second-place, with 29% of the vote, after his 95th-minute winner against Villareal midweek.

The 36-year-old has now scored in four out of five matches in all competitions since returning to United.

No player can rival his 3.46 expected goals (xG) figure over the last 3 Gameweeks, where only Salah, Vardy and Ismaila Sarr can equal his 3 goals scored.

He’s produced league-leading tallies of 17 total shots and 13 shots in the box, in that time.

Man Utd failed to score against Aston Villa but racked up 1.56 non-penalty xG; the 6th-best figure during the Gameweek.

But Everton have only conceded 4 goals over the same period, keeping 2 clean sheets. 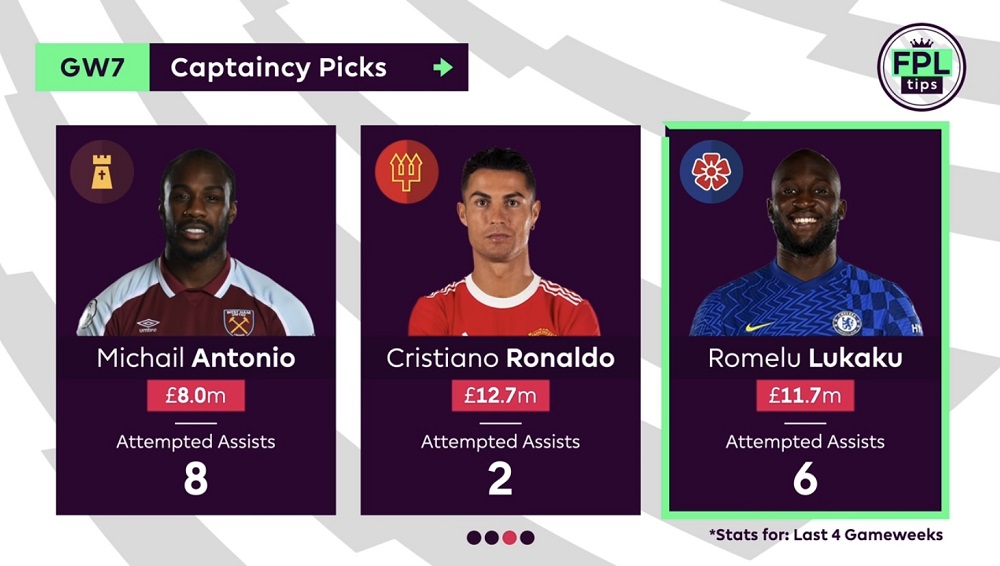 Out in-front with 49% of the vote, Romelu Lukaku is this week’s leader as Chelsea look to bounce back from consecutive defeats in all competitions.

The Belgian has netted 3 league goals since his arrival in Gameweek 2; failing to score against Liverpool, Spurs and Man City.

Excluding matches against the top four teams, Chelsea have averaged 2.75 goals per game in their remaining 4 matches this season; with only Liverpool (2.80) managing more.

But they do look to have tightened up over the last 3 Gameweeks, where they’ve allowed just 1 goal and 4 big chances, while holding Man City and West Ham to goalless draws.

Who will be YOUR Gameweek 7️⃣ #FPL captain?