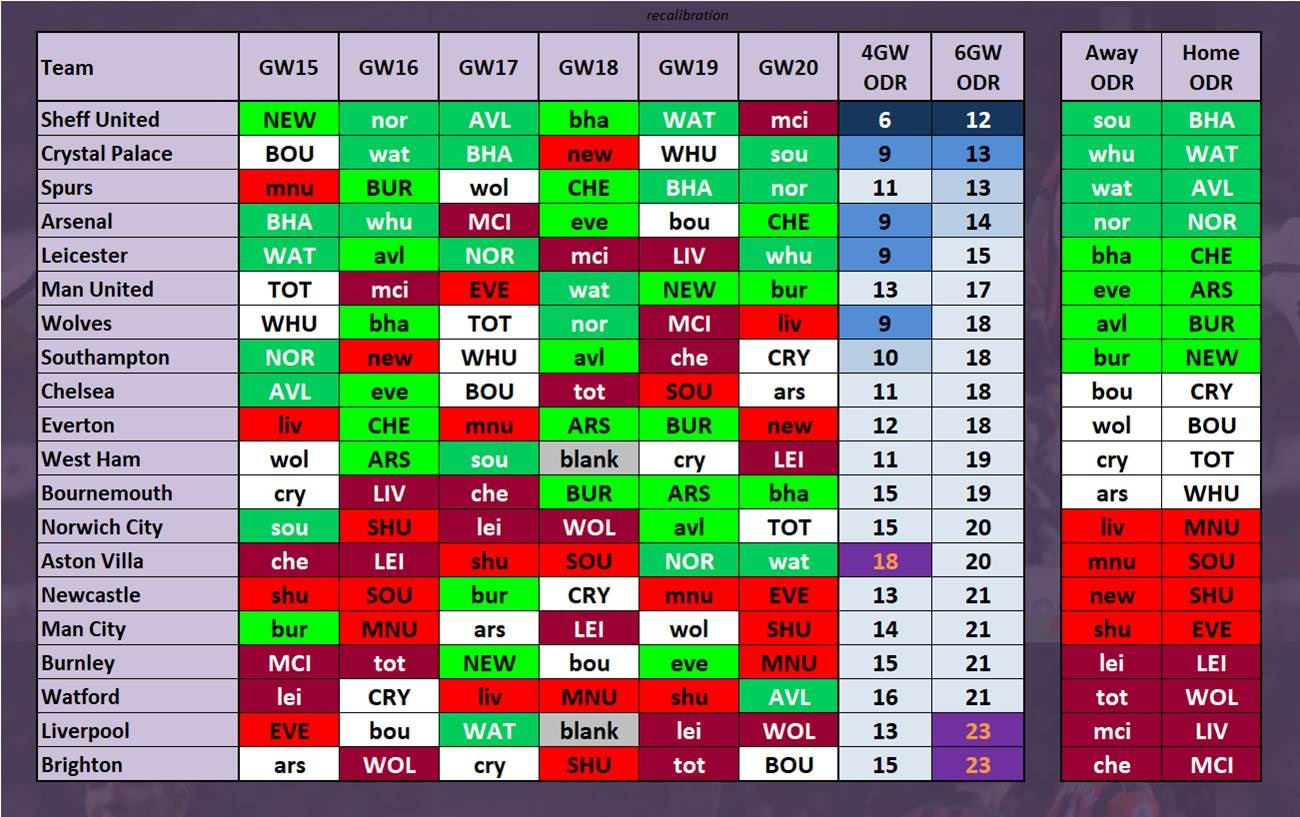 The ODR’s will next be re-calibrated after Gameweek 18.