Attacking returns are on the cards for Bournemouth’s attacking assets in Gameweek 21, according to FPL_vs’ Opponent Defensive Ratings 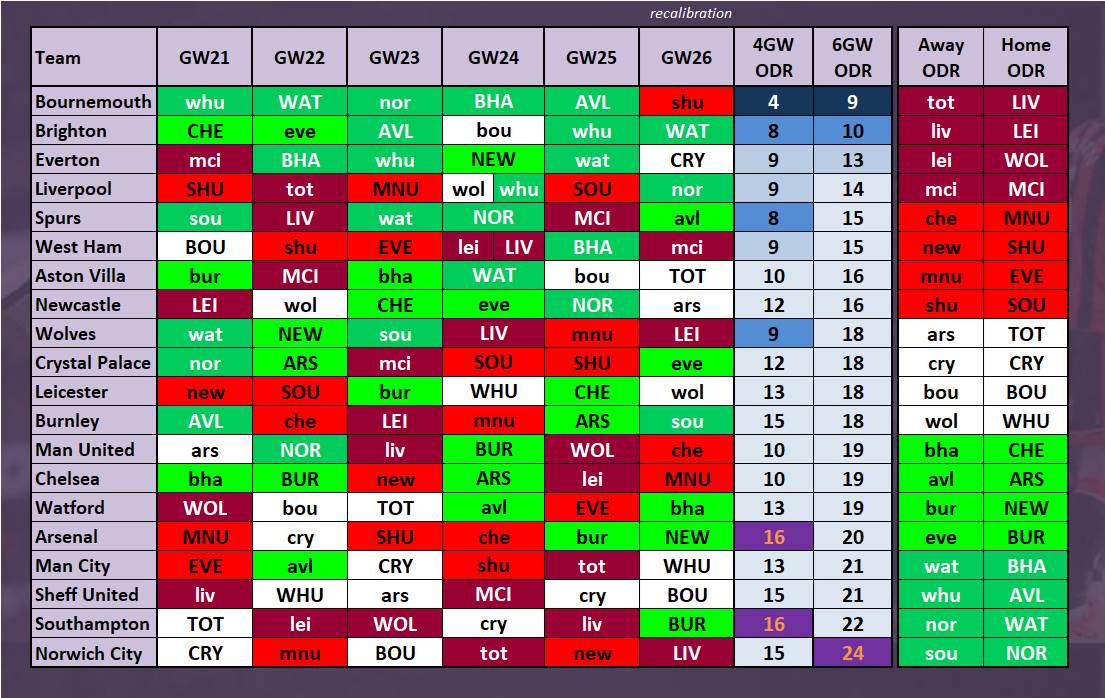 The ODR’s will next be re-calibrated after Gameweek 24.

FANCY EARNING SOME EXTRA CASH IN THE NEW YEAR?

That’s right, they’re so confident you’ll love Football Index that they’ll give you your money back if you don’t like it. Half a million Traders have already profited from their platform, and now it’s your turn.

Download Football Index on iOS or Android today and buy shares in over 3,000 footballers that you can add to your portfolio.

PUT YOUR FANTASY PREMIER LEAGUE SKILLS TO GOOD USE