A favourable run of fixtures for Bournemouth, Everton and Brighton could open the door to some well-needed FPL differentials over the next 5 Gameweeks.

[Article written and published by @FPL_vs] 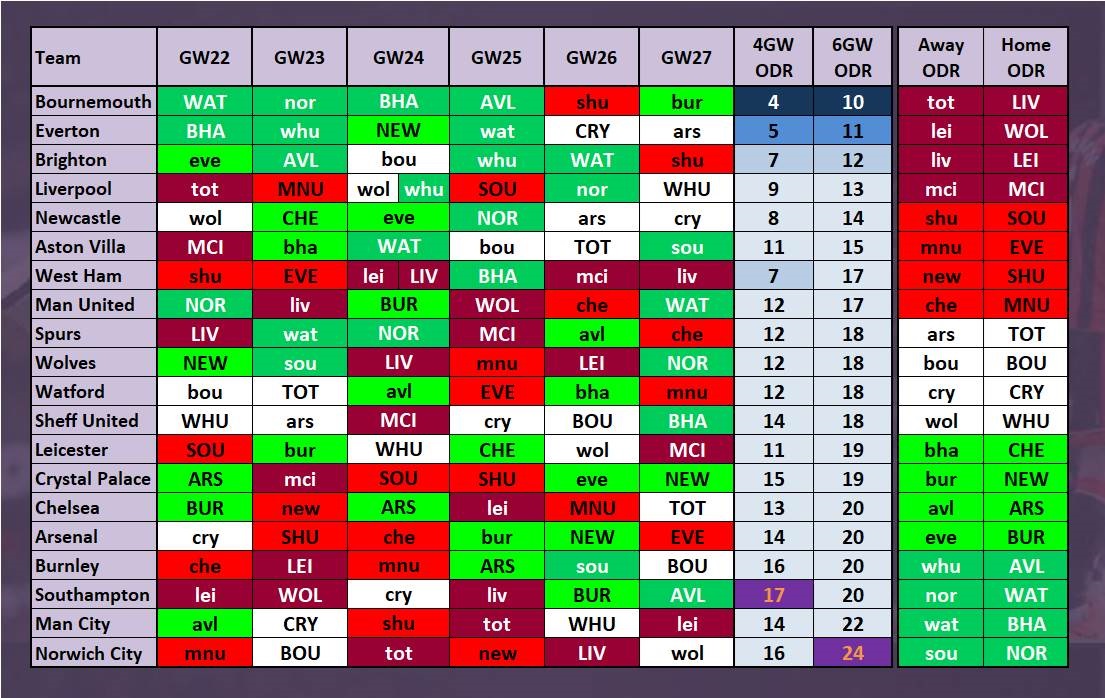 The ODR’s will next be re-calibrated after Gameweek 24.