The Q&A series returns for Blank Gameweek 27, where we’ll be taking a look at the FPL community questions sent in via Twitter

The Q&A series returns for Blank Gameweek 27, where as usual, we’ll be taking a look at the FPL community questions sent in via Twitter

As always, we received hundreds of fantastic questions from the FPL community on Twitter, but sadly, we could pick only 6 of them to feature in this weeks article so apologies to those we haven’t been able to answer this time around.

As always ladies and gents, we have provided you with a video version of this article, which you can find above for your viewing pleasure.

If you appreciate the hard work FFPundits and FPLTips put in to providing you with free, fantasy football content, each and every Gameweek of the Fantasy Premier League season, be sure to like and subscribe to our YouTube channel – it means a great deal to us.

With a kind schedule over the next 6 Gameweeks and no matches set to be postponed, West Ham players can help with our Gameweek 31 preparation.

Felipe Anderson has directly contributed to 12 goals in 26 games this season, while Arnautovic has recorded 10 goal involvements from his 17 starts.

The Austrian international appears to have a slight advantage when it comes to goal threat, producing 1.2 efforts on target per game, compared to Anderson’s average of 0.7.

However, the pair have actually returned very similar points per game, with 4.7 for the Brazilian and 4.4 for Arnautovic.

So, perhaps the most important factor to consider is whether a midfield or forward option would be better suited to your squad.

“When are you planning to use the WC, FH and BB chips?”

Initially, using the Free Hit chip in Gameweek 31 appeared tempting, with only 5 matches taking place that weekend but the FA Cup quarter-final draw has not been kind to that approach.

The primary issue is that there will be further postponements in Gameweek 33 for teams such as Man Utd, Wolves and most likely, Man City, which would make it difficult to load up on their players for the Double Gameweek 32.

So, the current plan is to assemble a team for Gameweek 31 using free transfers between now and then, before using the Free Hit chip to build an optimal squad for Double Gameweek 32.

Then, the team will revert back to one ideal for Blank Gameweek 33, before using the Wildcard in Gameweek 34 to load up on players for Double Gameweek 35, with the intention of using the Bench Boost chip there.

But please do remember that there’s no right or wrong way to use the chips, so you might find that an alternative approach would suit your squad better.

“Triple captain on who and when?”

Double Gameweeks 32 and 35 will be potential occasions to use the Triple Captain chip for those who either don’t have their other chips remaining or who plan to take an alternative approach.

For the rest of us, there’s still a chance of there being an additional smaller Double Gameweek, which would be a perfect time to use the Triple Captain chip but as a worst case scenario, there’s always the option to use it on an in-form player during a standard Gameweek.

So, Salah at home to Huddersfield in Gameweek 36 could be an option or failing that, Pogba at home to Cardiff on the final day of the season.

“Will Aguero stick to this form and be a must have asset?”

For the who already own the Argentine, it must be very tempting to keep hold of him and look to sell him after Watford’s visit to the Etihad in Gameweek 30.

But if you don’t already have him, there’s no rush to bring Agüero in for Gameweek 27 as Man City are of course without a Premier League fixture this weekend.

Over the next 5 Gameweeks, Man City will play just 3 times and there’s even a strong chance of them having their Gameweek 33 fixture postponed as well, if they manage to beat Swansea in the next round of the FA Cup.

Ultimately, it depends on your chip strategy but if you’re looking to buy someone ahead of the Gameweek 27 deadline, it’s definitely worth looking at an alternative who’ll have an extra 2 games over the next 5 Gameweeks.

That might mean looking towards a cheaper forward such as Arnautovic or Rondon and re-distributing the funds back into a heavy hitter in midfield, such as Sadio Mané.

“Would Son be a good captain option this week considering no Man City players?”

Gameweek 27 captaincy options are more limited than usual, with Man City one of 4 teams to see their fixture postponed.

On top of that, Liverpool travel to Old Trafford on Sunday, adding an element of uncertainty to usually reliable options such as Salah or Pogba.

So, Heung-Min Son is definitely a sensible choice from the remaining premium players and he comes into this weekend’s meeting with Burnley having scored in each of the last 3 Gameweeks.

Over that period, the South Korean ranks joint-top for goals scored amongst midfielders, matching Mané and Pogba’s tallies of 3 and only Agüero (16) has fired more than his 14 goal attempts, across all positions.

The Belgian presents owners with a frustrating dilemma, being out of form and without a fixture in Gameweek 27 and yet, also someone we may be able to turn to for help in navigating through Blank Gameweeks 31 and 33.

He’s returned only 2 goals and 1 assist in the last 7 Gameweeks, while Chelsea have suffered defeats in 3 of their last 4 matches.

But he’s still produced a tally of 15 attempted assists in the last 6 Gameweeks; bettered by only Maddison (19) and Groß (22) and his total of 13 shots inside the box ranks joint 3rd amongst midfielders, behind only Pogba (17) and Mané (15).

So, again, depending on your chip strategy, it might be worth looking to keep hold of Hazard but if you are set on letting him go, the obvious replacement to consider is Sadio Mané.

He’s scored in each of the last 4 Gameweeks, averaging 8.0 points per game and no midfielder took more efforts on target (8) or from inside the box (12) during that period. 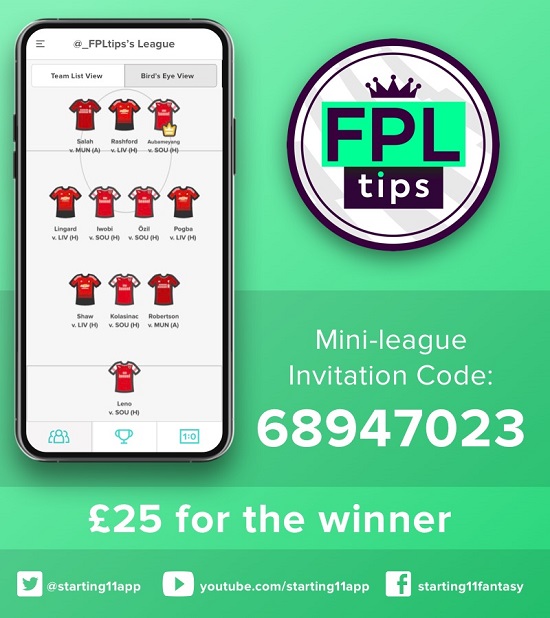