The Watchlist returns ahead of Gameweek 28, with a look at 3 players who impressed over the weekend and are options to bring into the FPLtips and FFPundits team in the near future. 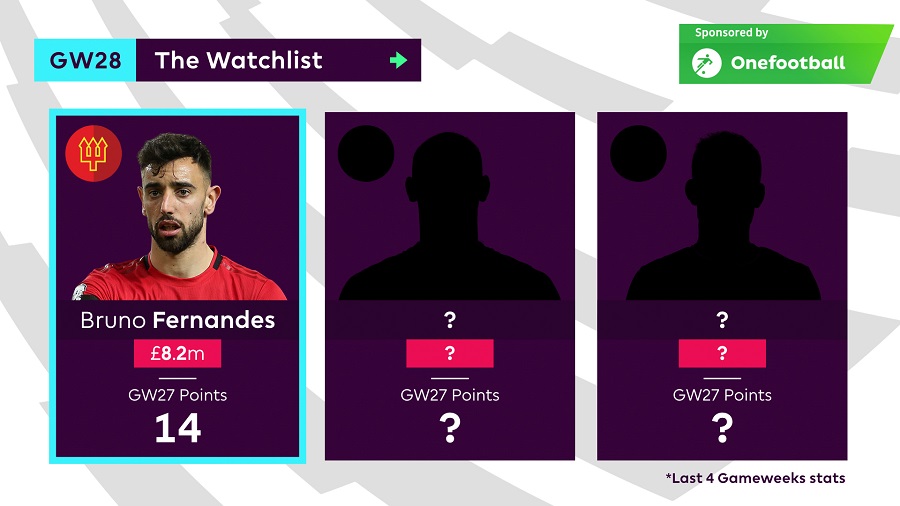 Bruno Fernandes was at the heart of everything during United’s 3-0 win over Watford, winning and scoring a penalty, before setting up Greenwood.

He would have also been awarded an assist for Martial, had the Frenchman’s initial effort not been saved by Ben Foster.

Since arriving ahead of Gameweek 25, no midfielder has fired more than his 10 shots, while only Richarlison (5) and Son (8) can better his 4 efforts on target.

The 25-year-old has attempted 7 assists in that time, ranking joint-7th amongst midfielders, while only De Bruyne (76) and Rodri (93) have completed more final-third passes than his 60.

But Man Utd’s upcoming fixtures in the next 4 Gameweeks are cause for concern.

Their Gameweek 31 meeting with Sheffield Utd appears very likely to be postponed due to the FA Cup and before that, they face away trips to Everton and Spurs, either side of a Manchester derby. 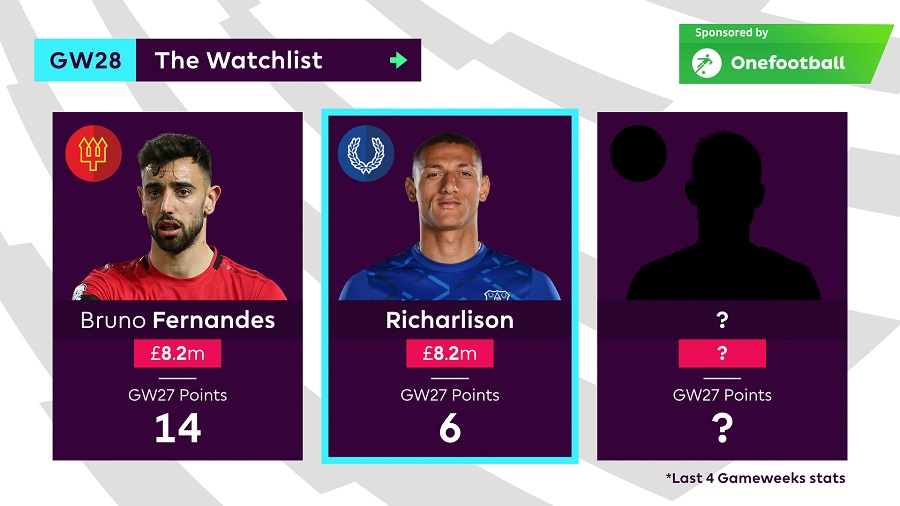 Everton began their tough run of fixtures with a 3-2 defeat to Arsenal but Richarlison and Calvert-Lewin still managed to get on the scoresheet.

The Brazilian has now scored 7 of his 10 goals this season during games against Arsenal, Man City, Chelsea, Liverpool, Leicester and Wolves.

No player created more big chances than his 2 in Gameweek 27, while no midfielder managed more than his 4 shots in the box.

Over the last 8 Gameweeks, the 22-year-old has been directly involved in 6 goals across 6 appearances (4 goals, 2 assists).

Son and Salah (each 12) were the only midfielders able to better his 10 shots on target over that run, while his tally of 6 big chances created was on par with De Bruyne and only behind Salah (7).

Although Everton’s fixtures don’t get any easier, they’re one of the few teams whose Gameweek 31 match is likely to remain in that Gameweek.

Burnley secured their 10th clean sheet of the season with a 3-0 win over Bournemouth in Gameweek 27, restricting the Cherries to 4 efforts on target.

They’ve now kept out their opponents in 3 of the last 4 Gameweeks, with Danny Ings the only man able to breach the Clarets’ defence in that time.

No side have conceded fewer goals over that period (1), though they have faced 7 big chances; 8 teams have recorded fewer.

He leads the way amongst Burnley defenders, with 8 attempted assists and 10 successful crosses, over that period.

The Clarets are currently one of only 4 teams with a guaranteed fixture in Gameweek 31, where they host Watford.

At £4.2m, Taylor can provide a like-for-like replacement for the out-of-favour Martin Kelly, offering cover in Blank Gameweeks 28 and 31.