Liverpool’s Sadio Mane outshines Mo Salah once again and is a firm captaincy favourite for Gameweek 12.

Here are three players who have been added to the Watchlist ahead of Gameweek 12 and are being considered for the @_FPLtips and @FFPundits team. 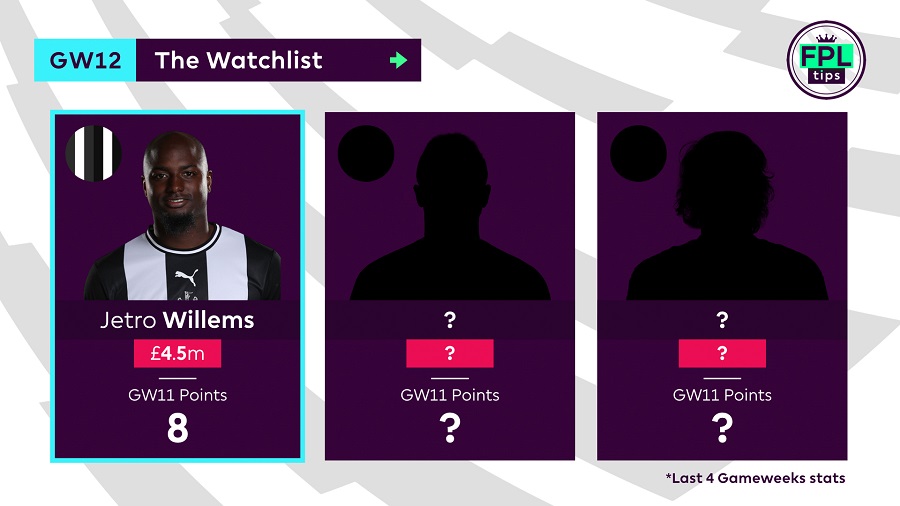 An assist during the 3-2 away win over West Ham saw Jetro Willems pick up all 3 bonus points in Gameweek 11.

The left-wing-back produced 4 attempted assists during the Gameweek, which was more than any other defender and only bettered by Snodgrass (5) and Maddison (8) across all positions.

Only Trossard and Mousset could match his total of 2 big chances created.

Willems has been one of the most creative defenders over the last 4 Gameweeks, where only Chilwell has picked up as many as his 2 assists.

Only Digne (12) and Alexander-Arnold (17) have produced more than his 8 attempted assists during that period, amongst defenders.

Newcastle face just one of last season’s ‘top six’ in the next 7 Gameweeks, where they’ll host Bournemouth, Southampton and Crystal Palace. 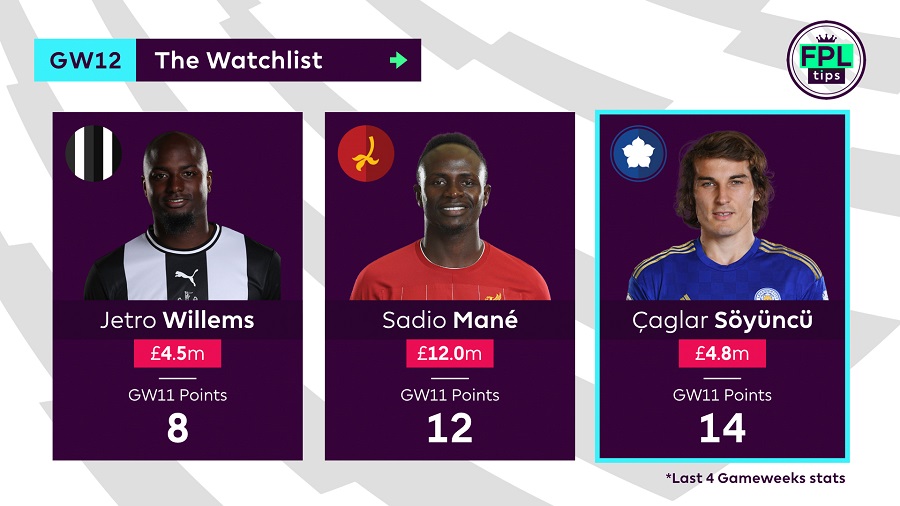 Liverpool came from behind to earn a late 2-1 win over Aston Villa, with Sadio Mané playing a key role in both goals (1 goal, 1 assist) to drag his side over the line.

No midfielder took more than his 6 goal attempts during the Gameweek, while only Jiménez (4) fired more than his 3 shots on target, across all positions.

John Lundstram (3) was the only player to be afforded more than Mané’s 2 big chances.

Over the last 4 Gameweeks, the Senegal international has amassed 2 goals and 3 assists to average 7.8 points per game.

With Mo Salah providing just 1 FPL return in the last 5 Gameweeks, a penalty against Spurs, it’s Mané who looks to be the standout Liverpool option for captaincy during the favourable fixtures to come, after the Reds face Man City in Gameweek 12.

Liverpool are likely to be odds-on favourites over the next few gameweeks according to Sportsbetio UK, so expect solid attacking returns from your Liverpool assets. 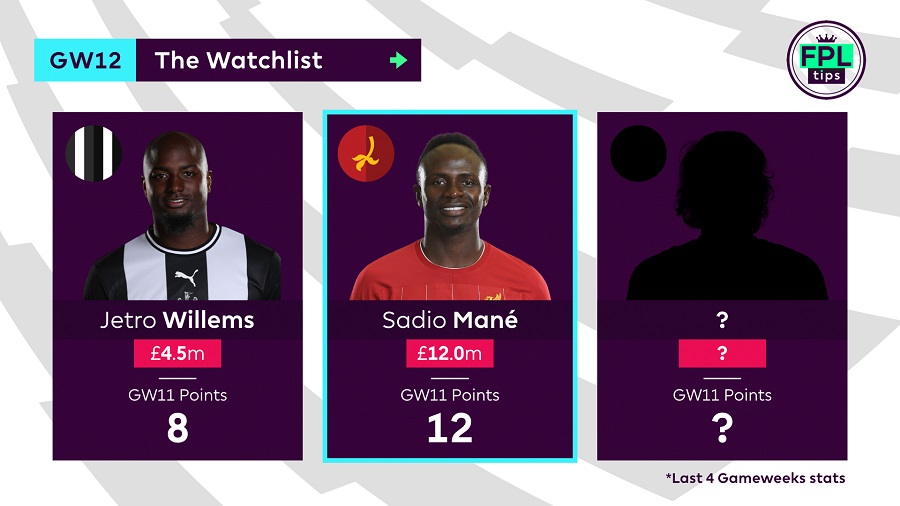 The Foxes were one of only 3 teams to deny their opponents a single big chance during Gameweek 11, alongside Everton and Brighton.

Only Sheffield Utd and Man City (each 5) have kept more than their 4 clean sheets this season, while no side have conceded fewer than their 8 goals; an amount matched only by the Blades.

Burnley and Liverpool (each 15) are the only sides to concede fewer big chances than Leicester (16) this season.

The next 6 Gameweeks offer plenty of potential to add to their clean sheet tally, with home ties against Everton, Watford and Norwich, amongst away trips to face Brighton and Aston Villa.

Check out https://sportsbet.io/sports/soccer/news for even more tips, news and odds.