Here are three players who have been added to the Watchlist ahead of Gameweek 14 and are being considered for the @_FPLtips and @FFPundits team. 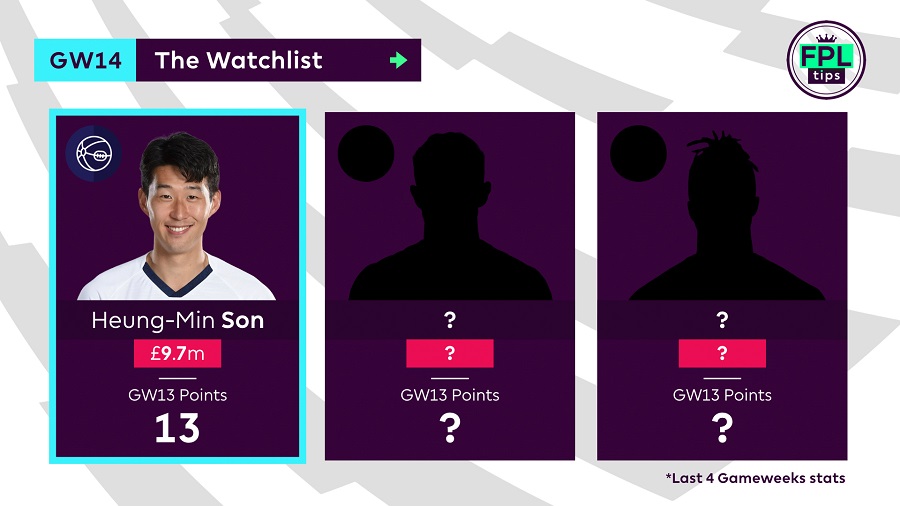 Jose Mourinho took charge of Spurs for the first time on Saturday, where his team ended a run of 5 Premier League games without a win to pick up 3 points against West Ham.

The former Man United manager named an attack-minded 4-2-3-1 formation, with Son, Alli and Lucas Moura lining up behind Kane upfront.

Heung-Min Son provided 3 attempted assists during the game, which was more than any team-mate, while only Adama Traore could match his total of 2 big chances created during the Gameweek.

The South Korean also fired 3 attempts at goal, ranking joint-top amongst teammates with Lucas Moura, while Kane was the only Spurs player to match his 2 efforts on target.

Over the last 4 Gameweeks, Son has amassed 2 goals and 3 assists, to return an average 7.0 points per game.

No midfielder has fired more than his 16 goal attempts during that period. 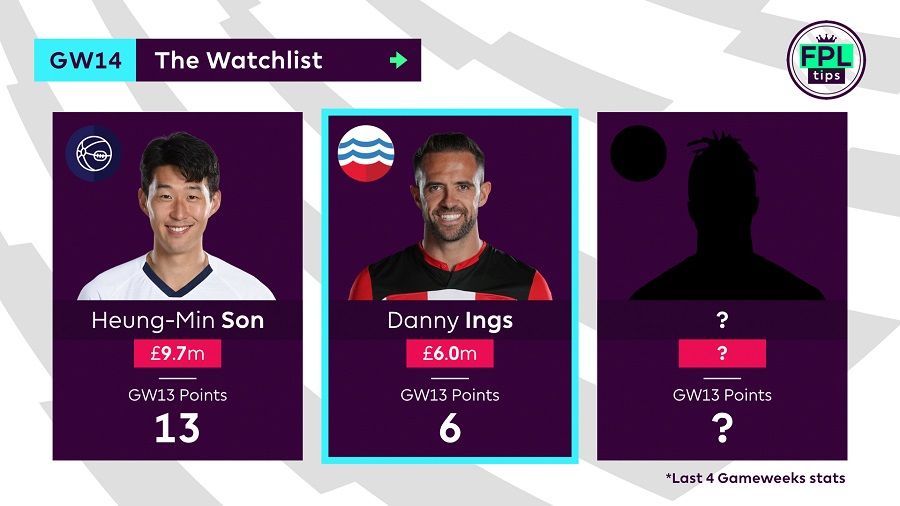 Southampton’s 2-2 draw with Arsenal saw Danny Ings continue his recent form to net his 6th goal of the season.

He fired a total of 3 goal attempts, with 2 from inside the box, before an early withdrawal after 72 minutes.

The Saints forward now has 5 goals in the last 7 Gameweeks, only failing to score against Leicester and Man City in that time.

He ranks 3rd for expected goals (4.1) during that period, only behind Rashford and Vardy (each 5.2), while only Jiménez, Rashford (each 10), Abraham (11) and Vardy (15) have fired more than his 9 shots on target, amongst forwards.

Southampton’s next 5 fixtures offer plenty of potential for the 27-year-old to extend his tally, with home games against Watford, Norwich and West Ham, amongst away trips to face Newcastle and Aston Villa.

Only Saints themselves (20) have shipped more goals than Norwich (12) and West Ham (14) in the last 6 Gameweeks. 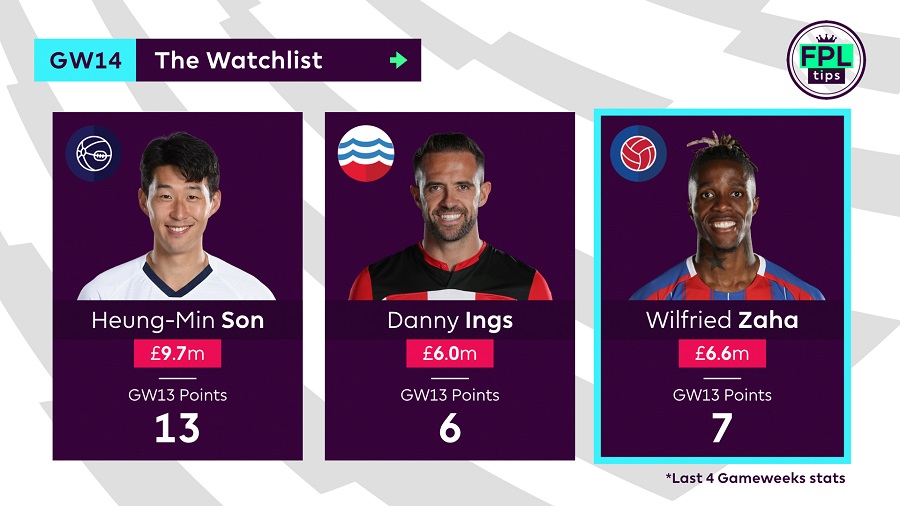 Crystal Palace came close to taking a point against league-leaders Liverpool in Gameweek 13, after Wilfried Zaha netted his first goal of the season.

The Eagles have faced exceedingly tough opposition in the last 5 Gameweeks, suffering defeats to Man City, Leicester, Chelsea and Liverpool and earning a 2-2 draw with Arsenal.

They scored just 3 goals over that period, the joint-lowest in the league, but Zaha directly contributed to two of those (1 goal, 1 assist).

Their schedule is much more favourable over the next 8 Gameweeks, offering Roy Hodgson’s side a chance to climb back up the table.

Bournemouth, Brighton and West Ham are the next 3 sides to visit Selhurst Park.