Manchester United’s Anthony Martial impressed at Old Trafford in Gameweek 1 clash with Chelsea – all aboard?

With Gameweek 1 all done and dusted, it’s time for the return of the FPL Watchlist; a weekly series, where we’ll take a look at 3 players who impressed over the weekend and will provide options to transfer in to the FPLtips and FFPundits team in the coming Gameweeks.

Like last season, we have provided you, our loyal readers, a video version of this article, which you can find below for your Gameweek 2 viewing pleasure.

Please also note that all players prices and ownership percentages were correct at the time of publishing. 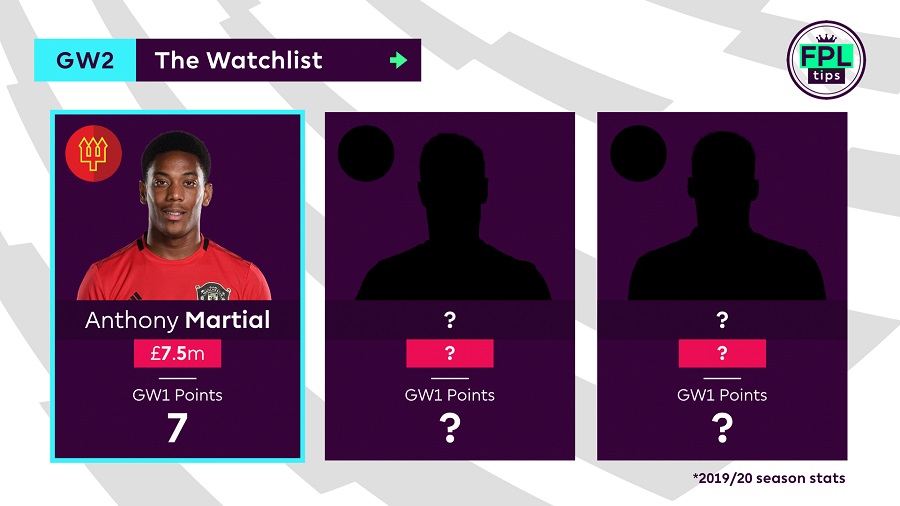 First up, it’s an ‘Out of Position’ gem from Manchester United.

Anthony Martial operated primarily as a no.9 during the 4-0 win over Chelsea and provided a “striker’s finish” to open his account for the season.

The Frenchman took a total of 4 shots in Gameweek 1, while only Sterling (4) fired more than his 2 efforts on target amongst FPL midfielders.

Man Utd face just two ‘top six’ sides in the next 13 matches but a trip to Wolves in Gameweek 2 could prove testing for them, after they failed to win any of the 3 meetings last season, in all competitions.

It’s worth noting that, according to the English Premier Leauge betting with Betway markets, United are still the 13/10 favourites to beat Wolves, with Anthony Martial the 5/1 first goalscorer favourite.

Wolves kept a clean sheet against Leicester on the opening weekend, restricting the Foxes to just 1 effort on target; the fewest of any side in Gameweek 1. 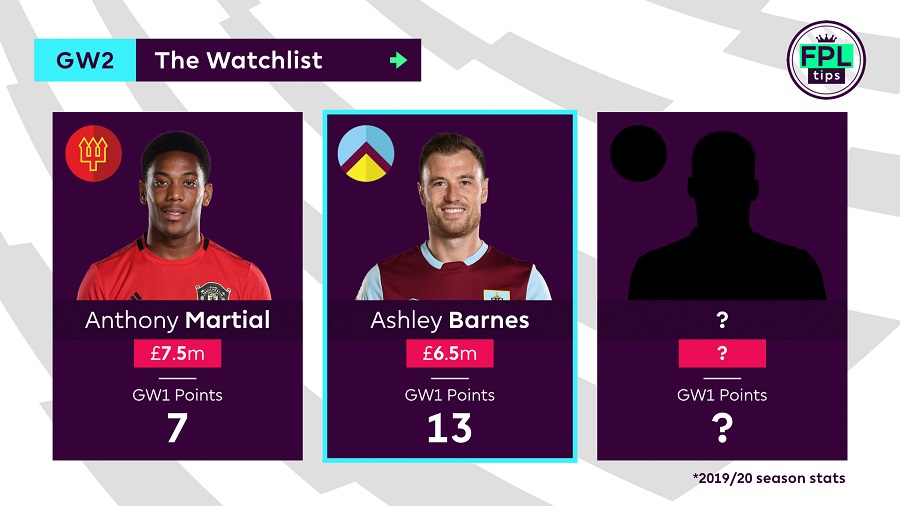 Burnley got their campaign off to a flying start with a 3-0 win over Southampton, thanks to a brace from Ashley Barnes.

4 shots inside the box for the Austrian was on par with Sterling, Aubameyang and Firmino; with only Kane (6) firing more.

His 3 shots on target ranked top amongst FPL forwards, with Sterling (4) the only player to produce more, across all positions.

The next 3 Gameweeks could be challenging for Burnley, with away fixtures against Arsenal and Wolves before they welcome Liverpool to Turf Moor.

But with just one ‘top six’ opponent between Gameweek 5 and Gameweek 14, the Clarets could be a team to target for FPL assets down the line.

According to Betway’s Premier League markets for Gameweek 2, the bookmakers are expecting nothing less then a comfortable home with for the gunners, with Burnley priced at a huge 9/1 for the win. 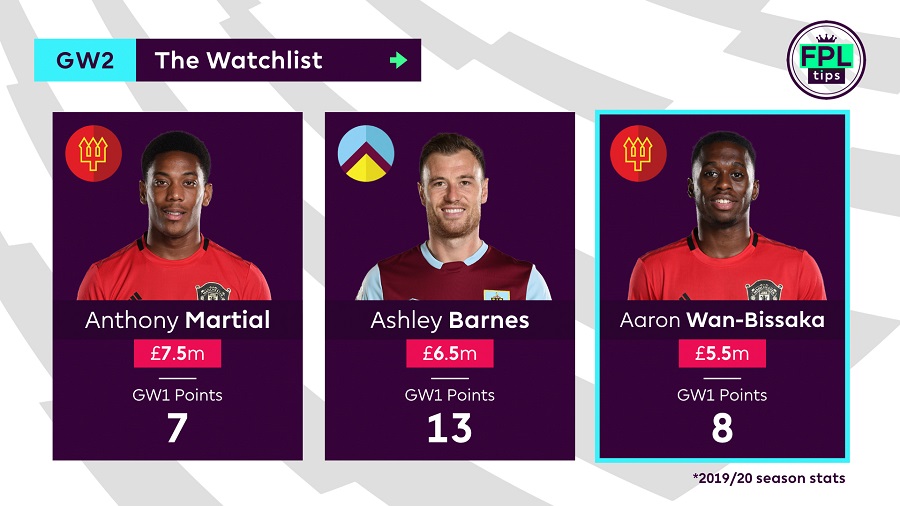 After keeping just 2 clean sheets at Old Trafford throughout the entire 2018/19 campaign, new signings Aaron Wan-Bissaka and Harry Maguire led the side to a 4-0 win over Chelsea on opening weekend.

It was a nervy 1st half for Solskjaer’s side, with Abraham and Emerson both striking the woodwork but the new-look Man Utd defence grew into the game.

Despite firing 18 goal attempts, a tally only bettered by Spurs in Gameweek 1, Chelsea’s expected goals figure was just 1.03; far below United’s 2.51 (according to (fantasyfootballfix.com).

During the match, only Harry Maguire made more clearances (7 to 5) or interceptions (4 to 3) than Wan-Bissaka, while no defender won more duels (9) or tackles (4), helping the right-back secure 2 bonus points.

As mentioned before, United now face just two ‘top six’ sides in the next 13 matches. Wolves were one of only 3 teams who failed to register a single big chance in Gameweek 1, along with Watford and Newcastle.

There’s a cool €50,000 for first place prize and the top 1250 places are paid out! What’s even better is there’s still just under 4000 places available still, so you’re not too late to the party.