Have fantasy football bosses missed the boat with Southampton’s Danny Ings, and is Everton’s Richarlison a must-own going forward?

With the busy Christmas period over and done with, it’s time for the FPL Watchlist series to make its return for Gameweek 22.

There are Cup matches to be played before Friday’s 7pm deadline, so be careful with those early moves – but, for now, here’s a look at three player who’ve impressed of late and are being considered for our very own FPL lineups.

Please note that all players prices, ownership percentages and odds via Betway quoted in this video and article were correct at the time of writing and publishing. 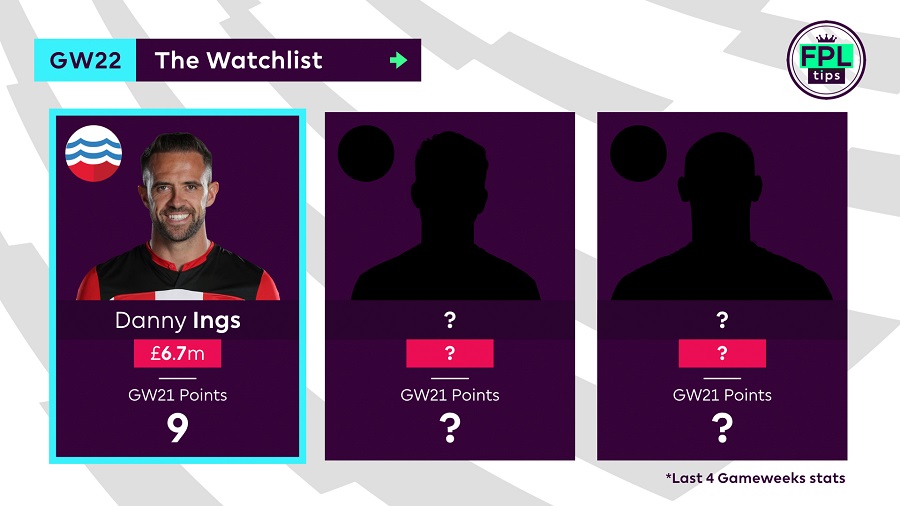 Danny Ings fired Southampton to a 1-0 win over Spurs on Wednesday with his 13th goal of the season and 9 of those have come in his last 9 starts.

Gameweek 21 saw him pick up maximum bonus points for a 7th time this season, after scoring with his only effort on target and taking just 2 total shots during the game.

Over the last 4 Gameweeks, the 27-year-old ranks joint-top amongst forwards with a tally of 11 shots in the box; only matched by Jesus, Calvert-Lewin and Abraham – which is something UK bookmakers such as Betway didn’t expect to happen.

Southampton have some very favourable fixtures in the next 11 Gameweeks according to th-footballfans.net, welcoming Burnley, Aston Villa and Newcastle to St Mary’s in that time.

Next 3 fixtures: Sheffield United (A), Everton (H), Leicester (A) 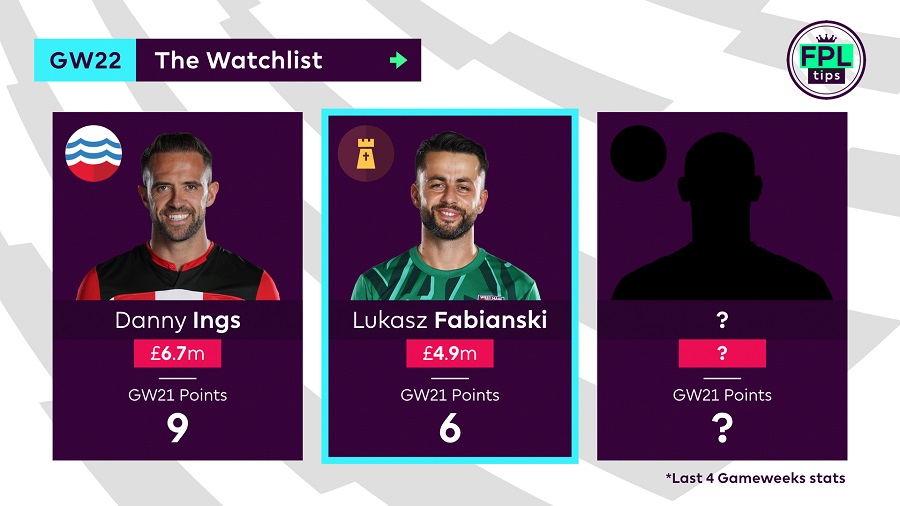 After making a return to action in Gameweek 20, Fabianski has earned 14 points in the last 2 Gameweeks by saving a penalty and keeping a clean sheet.

He made 8 saves in that time, with only Pickford (9) and Dubravka (13) producing more.

The 34-year-old has averaged 5.1 points per game over 9 appearances this season, with only McGovern (5.5) faring better amongst goalkeepers, though the Norwich backup has only featured twice.

Whilst West Ham’s fixtures aren’t the best in the long-term, they have the appeal of a Double Gameweek in the near future.

The next 4 Gameweeks see them play 5 matches, including home ties with Everton and Brighton.

They’ve also experienced a new manager bounce, earning a 4-0 win over Bournemouth as David Moyes took charge for the first time in Gameweek 21.

They allowed the Cherries just 3 goal attempts, which was the joint-fewest of the Gameweek. 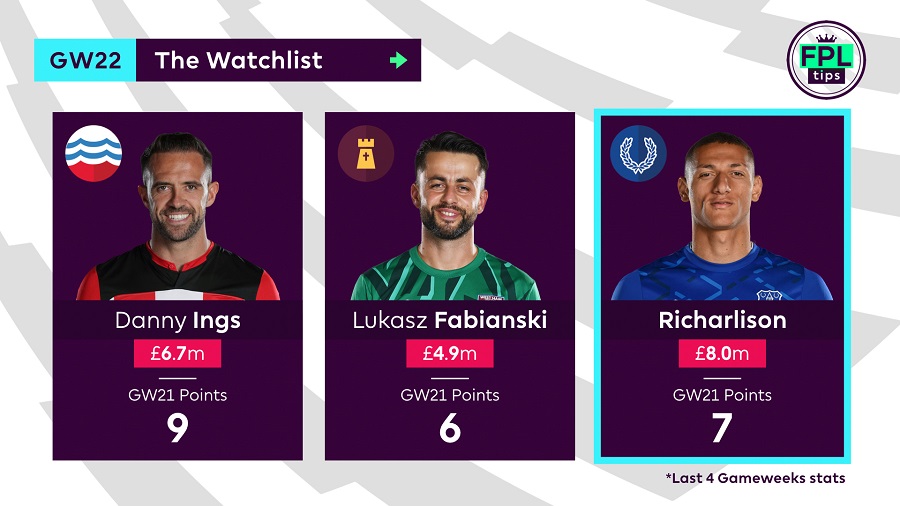 Everton’s narrow defeat to Man City saw Richarlison continue his forward role, alongside Calvert-Lewin, to net his 7th goal of the season.

No midfielder has scored more than his 5 goals in the last 10 Gameweeks, with only Salah, Mané and De Bruyne matching that tally.

Only Sterling (8) and Mané (10) had more than the Brazilian’s 6 big chances, while only 5 midfielders could better his 10 efforts on target.

New manager Carlo Ancelotti has overseen a draw with Arsenal and wins over Burnley and Newcastle, since being appointed ahead of Gameweek 18.

The Toffees have only 4 goals in the last 4 Gameweeks but only Man City (41) have fired more than their 38 shots inside the box.

The next 5 Gameweeks see Brighton, Newcastle and Crystal Palace travel to Goodison Park and according to Betway, Everton are firm favourites in these match-ups.