The FPL Watchlist series continues with a look at more potential future transfer targets for the FPLtips and FFPundits team in the upcoming Gameweek’s.

Let’s take a closer look at three players who have impressed greatly ahead of Gameweek 23. 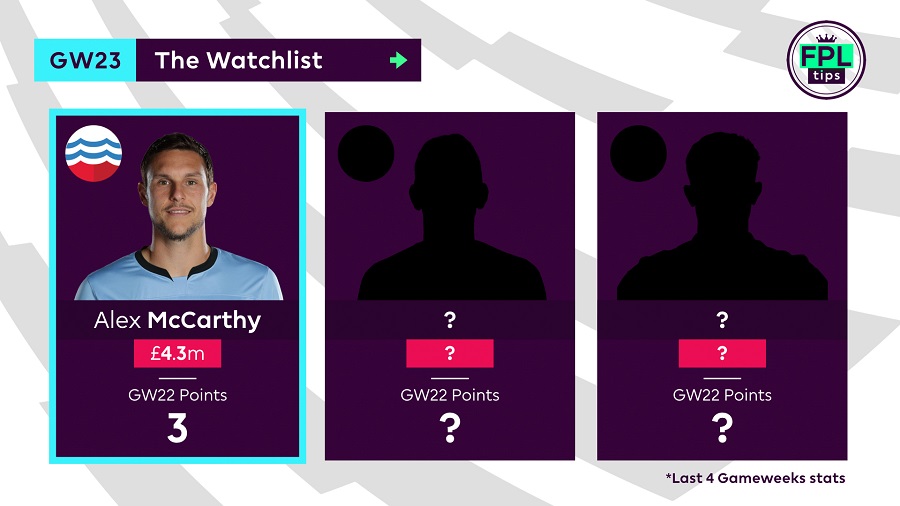 Southampton remain undefeated in their last 5 matches, following an impressive comeback to beat Leicester 2-1, where they restricted the Foxes to just 1 big chance.

They’ve conceded just 3 goals over the last 5 Gameweeks, only behind Watford (2) and Liverpool (0) and rank 3rd best with a total of 27 shots in the box conceded.

Liverpool were the only side to allow fewer than their 5 big chances during that period.

One of the key changes made since the 9-0 defeat to Leicester earlier in the season was Alex McCarthy replacing Angus Gunn between the sticks and the 30-year-old has now made 12 consecutive starts.

He’s made 37 saves during that period (GW11-22) to rank 8th amongst goalkeepers.

Southampton have favourable upcoming fixtures for the most part, welcoming Wolves, Burnley, Villa and Newcastle to St. Mary’s in their next 4 home matches. 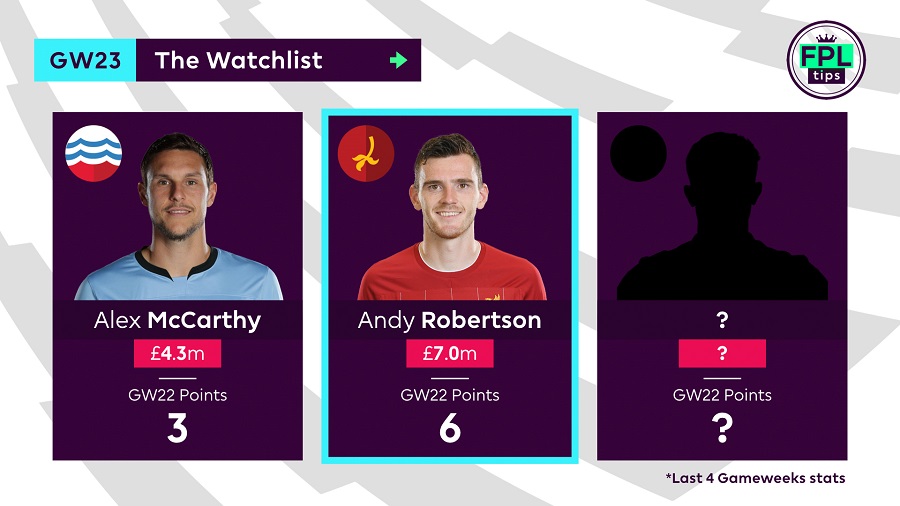 Over those last 6 matches, they’ve conceded league-best totals of 4 big chances, 24 shots in the box and 10 efforts on target.

Over the last 6 Gameweeks, only Mendy (11) has provided more attempted assists than Robertson and Alexander-Arnold amongst defenders, with the Liverpool full-backs supplying 9 chances apiece.

The Scotland left-back ranks 2nd amongst defenders with a tally of 3 big chances created in that time, only behind Alexander-Arnold’s 4.

Only Digne (7) and Alexander-Arnold (9) completed more than Robertson’s 6 successful crosses.

After they host Manchester United in Gameweek 23, Liverpool’s next meeting with a ‘top six’ side doesn’t come until Gameweek 32 and according to freebets.com, remain firm favourites to win their games until then.

Liverpool are now the 25/1 odds-on favourites to lift the title according to most UK bookmakers, making their premium fantasy assets favourable, each and every Gameweek.

They welcome Southampton, West Ham, Bournemouth and Crystal Palace to Anfield in that time and of course, travel away to West Ham and Wolves for their Double Gameweek 24 – fixtures in which they’re the bookmaker favourites to win. 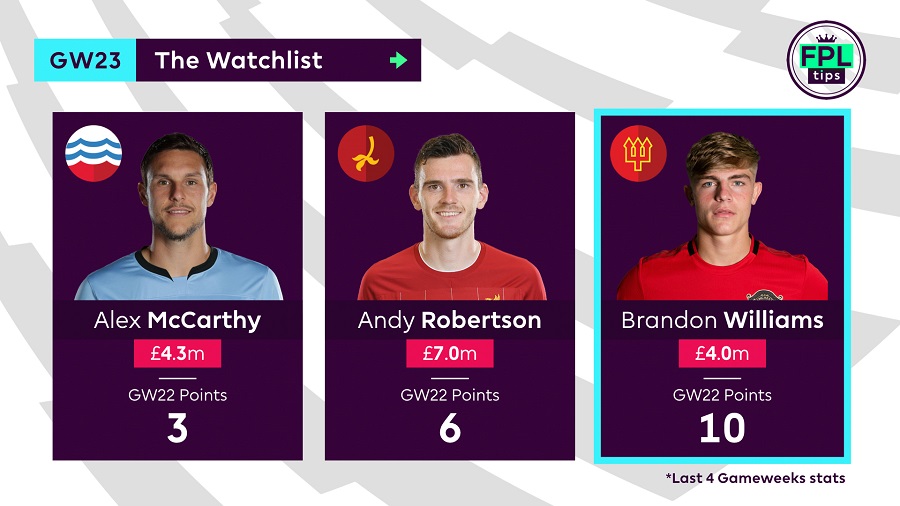 Brandon Williams earned his 5th Premier League start and picked up an assist as Manchester United got back to winning ways with a 4-0 victory over Norwich.

Luke Shaw was forced to withdraw from the squad due to a hamstring problem, while Ashley Young continues to be linked with a move to Inter Milan.

Despite missing a sitter, with an xG of 0.52, Williams put in another impressive shift; no defender made more interceptions (5) or won more tackles (2) during the match.

Only Robertson (34) attempted more than his 32 final third passes in Gameweek 22 amongst defenders.

Man Utd have kept 2 clean sheets in the last 4 Gameweeks, with only Liverpool (4) earning more and both of those came in games where Williams had started.

Liverpool were also the only side during that period to concede fewer big chances (2 to 4) or shots on target (8 to 10).