Newcastle United’s Florian Lejeune grabbed the headlines with 2 goals off the bench against Everton, but it’s his team-mate Jamaal Lascelles that caught our eye

Double Gameweek 24 has come to and eventful end, and we’re back on the horse once again with the Gameweek 25 schedule waiting for us around the corner.

With that in mind, lets take a quick look at three players who’ve impressed in recent matches and will be potential transfer options in the near future for the FFPundits and FPLTips team. 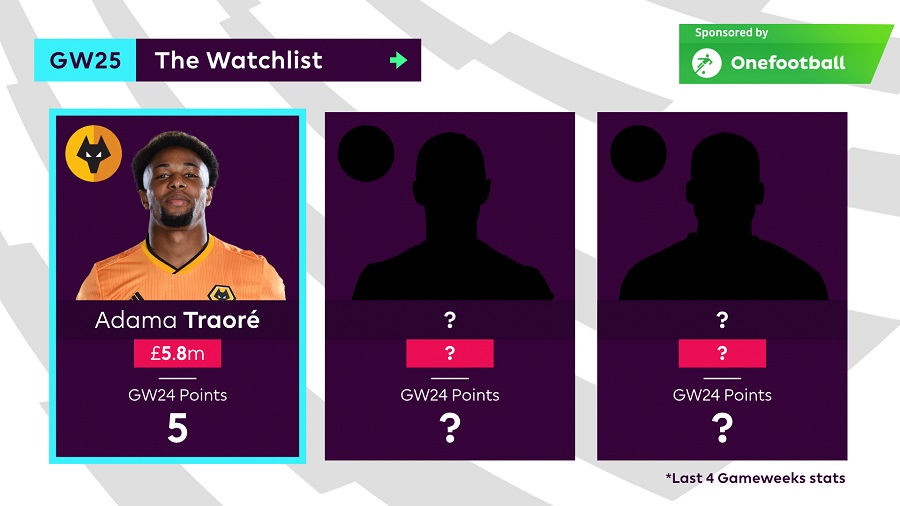 Wolves made Liverpool work hard for the 3 points last Thursday in spite of what online betting sites predicted, as Adama Traoré picked up his 7th assist of the season.

No midfielder has created more than his 2 big chances during the Gameweek so far and he ranks 6th with a 0.51 expected assists (xA) value.

He’s created a league-best total of 6 big chances during that time, ahead of De Bruyne (5), Salah and Mahrez (each 4).

Wolves take on Man United and Leicester in the next 2 Gameweeks, but have some favourable long-term fixtures for the remainder of the season.

After their meeting with Spurs in Gameweek 28, their next match against a ‘top six’ side doesn’t come until the last day of the season. 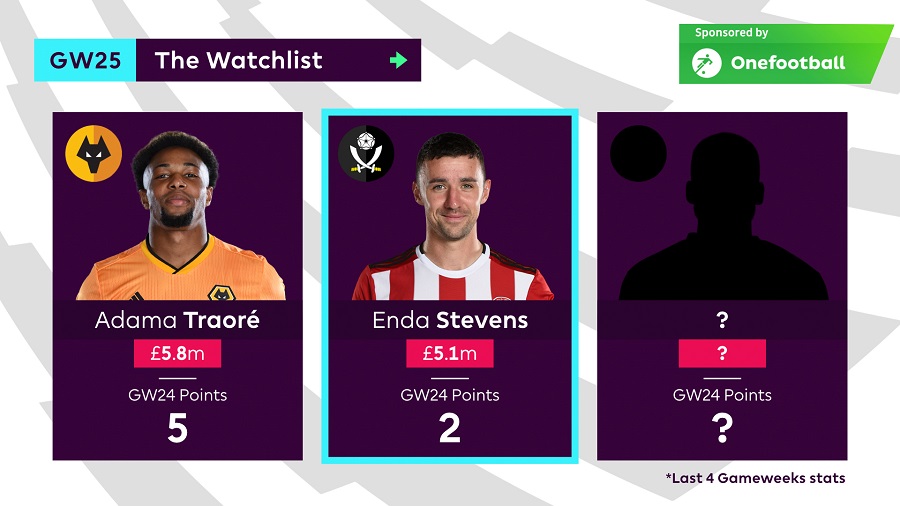 The Blades have faced 4 of last season’s ‘top six’ in the last 5 Gameweeks but conceded just 6 goals over that period, with 8 teams faring worse.

In 16 matches against teams outside the current ‘top six’, they’ve shipped just 9 goals and have kept all 8 of their clean sheets.

Although Lundstram and Baldock have been the top scoring Blades defenders, it was Enda Stevens who offered the most in the way of attacking returns in the Championship last season (4 goals, 6 assists).

In addition to his 1 goal and 2 assists this season, no teammate has created more than his 7 big chances or his 27 attempted assists.

With favourable fixtures in the next 6 Gameweeks, a double-up on Sheffield United defence could be viable. 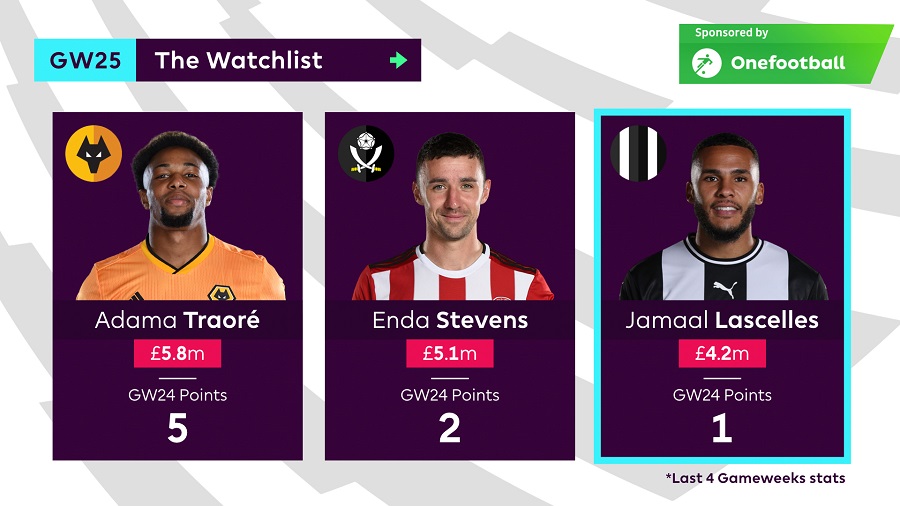 Florian Lejeune grabbed the headlines with 2 goals off the bench against Everton but it’s his teammate Jamaal Lascelles who offers the cheapest and most secure route into the Newcastle backline.

The centre-back recently missed 10 games with a knee injury but made a return in Gameweek 23 to help his side to a 1-0 win over Chelsea; earning their 6th clean sheet of the season.

Newcastle United boast one of the strongest home defences in the league this season, shipping just 12 goals in 12 matches; only Sheffield United (11) and Liverpool (9) have conceded fewer.

The Magpies don’t face any of the current ‘top six’ until Gameweek 34 and host Norwich, Burnley, Sheffield United, Aston Villa and West Ham in their next 5 matches at St. James’ Park.