They both remain on the Watchlist going forwards and are joined by 3 more names as we look ahead to Gameweek 26. 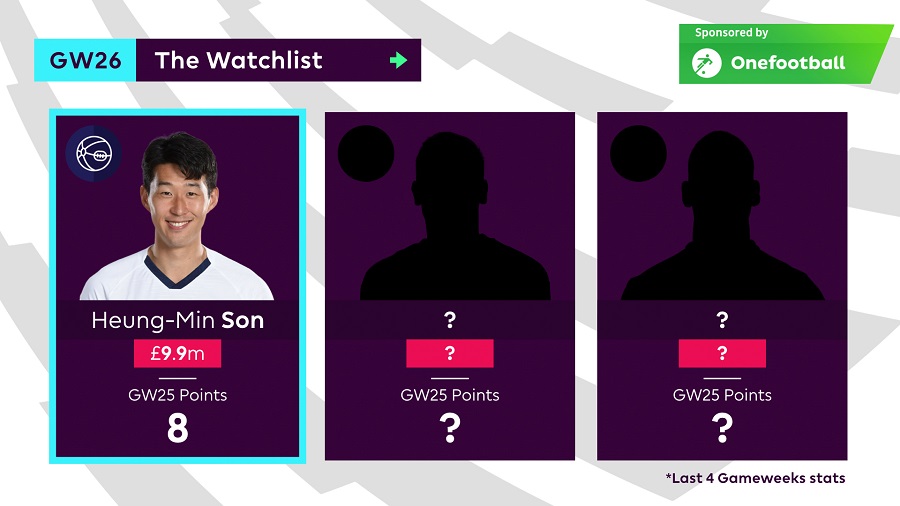 Spurs were clinical in their 2-0 win over Man City, taking full advantage after the away side missed a penalty and later went down to 10 men.

Heung-Min Son wasn’t having the best of games but his deflected goal doubled his side’s lead, after a defence-splitting pass from Ndombele.

Over the last 4 Gameweeks, however, Salah is the only midfielder able to better the South Korean for shot inside the box (16 to 11) or big chances (5 to 3) and the pair rank joint-1st with totals of 6 efforts on target.

Only Lucas Moura (0.66) can better his 0.46 expected assists (xA) during that time, amongst teammates.

Spurs have some favourable remaining fixtures, starting with a trip to Aston Villa in Gameweek 26.

UK bookies consider them favourites to win this fixture with an ease, so if you’re looking to make most of your bets on the following match using bonuses, then betregal has some nice bonus codes among others. 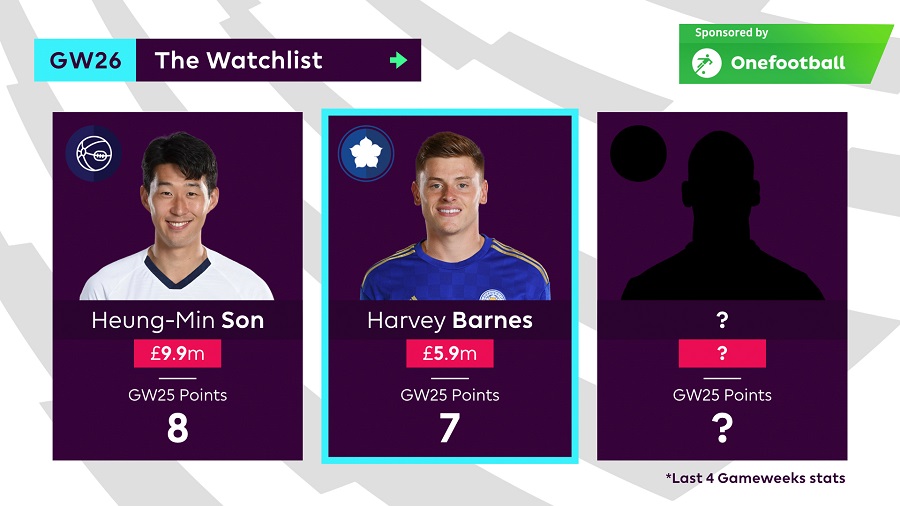 Harvey Barnes has been in and out of the team this season for Leicester but has made 4 consecutive starts now, earning 3 goals and 1 assist in that time.

No team-mate took more than his 4 goal attempts against Chelsea and he really should have given his side the win late on, after Jamie Vardy’s pass left him with just Caballero to beat.

Over the last 4 Gameweeks, only Sterling, Grealish (each 9), Son (11) and Salah (16) have fired more shots inside the box than Barnes (8) amongst midfielders, while his 6 efforts on target ranks joint-top, alongside Salah and Son.

He’s been afforded 2 big chances in that time; only behind Son, Walcott (each 3) and Salah (5) amongst midfielders.

Leicester face two tough opponents next in Wolves and Man City but have favourable long-term fixtures, taking on Norwich, Aston Villa, Watford and Brighton in the next 6 Gameweeks. 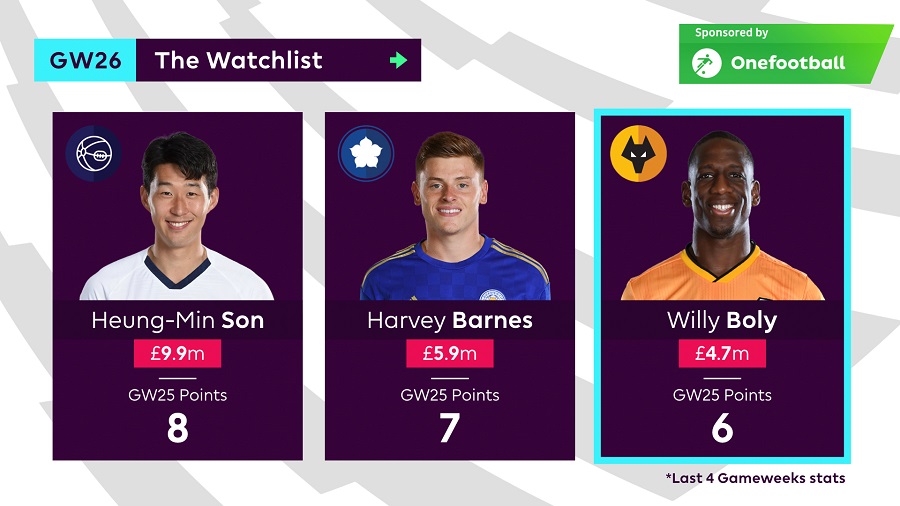 Willy Boly made a return from his recent ankle injury in Gameweek 25, as Wolves held Man Utd to a 0-0 draw at Old Trafford.

Only Man City (3) conceded fewer than their 6 shots inside the box during the Gameweek.

Wolves kept just 1 clean sheet in his 15-game absence, with 4 of their 5 clean sheets this season coming in the 9 matches where Boly has featured.

But their underlying numbers have remained encouraging; no team have afforded opponents fewer than their 4 big chances over the last 4 Gameweeks, while only Man City (18) and Chelsea (17) have faced fewer than their 26 shots inside the box conceded.

The next 7 Premier League Gameweeks see them host Norwich, Brighton and Bournemouth, amongst away trips to West Ham and Aston Villa.

The Cherries have scored just 10 goals on the road this season, with only Norwich (6) faring worse.