Three new faces appear on FPLTips’ Gameweek 29 Watchlist, taking both form and the upcoming blanks in to consideration.

The midweek FA Cup ties will determine which teams play and which teams have a Blank Gameweek 31, so there’s definitely no rush to make transfers ahead of Gameweek 29.

But here’s an early look at 3 players who make it onto the Watchlist, after impressing over the weekend and are options to bring into the FPLtips and FFPundits team in the near future. 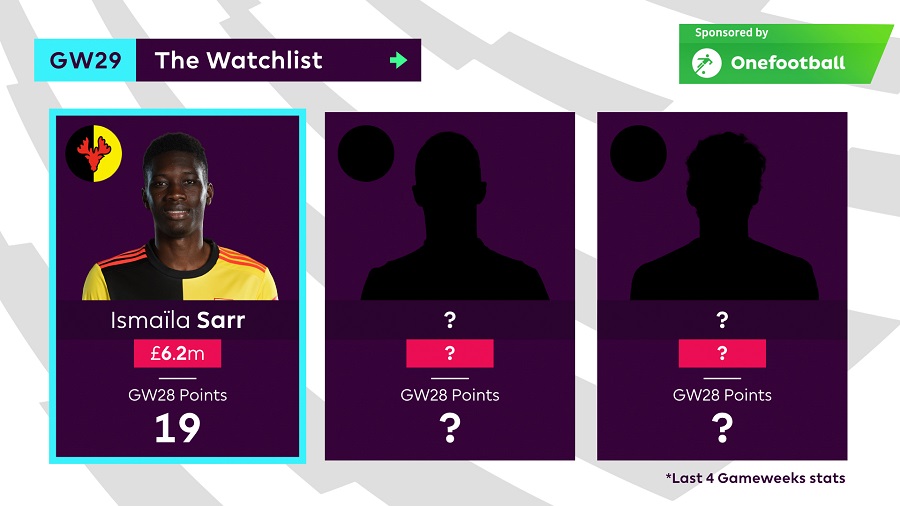 Liverpool’s unbeaten run came to an end after a 3-0 defeat to Watford on Saturday, with Ismaïla Sarr playing a hand in each of the goals (2 goals, 1 assist).

The 22-year-old was afforded 3 big chances against the league leaders; ranking joint-top for the Gameweek, alongside Deeney.

Only Ritchie and Alonso (each 5) fired more than his 4 shots in the box, while only Maupay (4) could better his 3 efforts on target.

The game marked his first start since recovering from a hamstring injury but in his last 8 appearances, Sarr has been directly involved in 8 goals (4 goals, 4 assists), averaging 0.92 big chances per 90 minutes.

Only Calvert-Lewin and De Bruyne (each 9) have directly contributed to more goals since Gameweek 18.

6 of Watford’s next 8 matches are against teams outside the ‘top 8’ and they have a guaranteed Gameweek 31 fixture against Burnley. 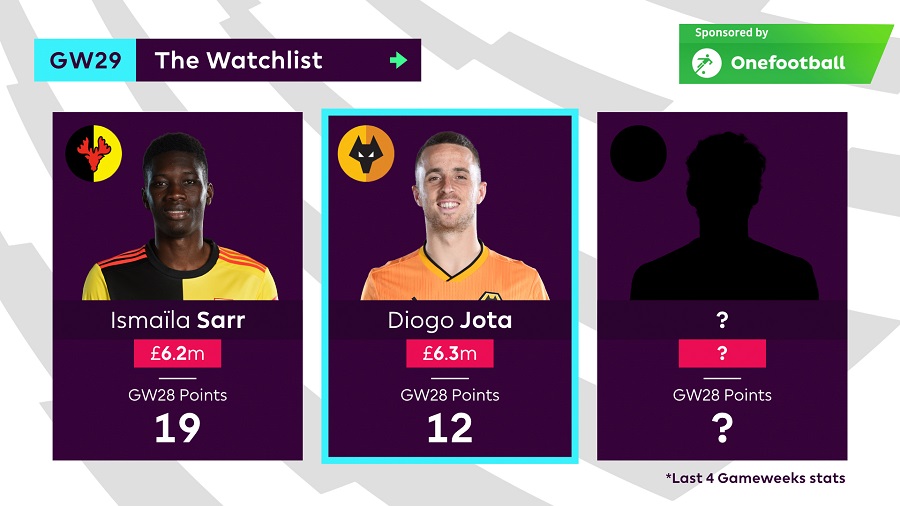 After a goal and assist in the 3-2 win over Spurs, Diogo Jota has directly contributed to 5 goals in the last 2 Gameweeks (3 goals, 2 assists).

Only Sarr and Deeney (each 3) had more than his 2 big chances during Gameweek 28, while no forward could better his 0.52 expected assists (xA) figure.

Over the last 4 Gameweeks, only Calvert-Lewin, Jay Rodriguez and Dele Alli (each 6) have been afforded more big chances than his 5 and he ranks joint-3rd for expected goals (xG), with 2.69.

Only Salah has had more touches in the opposition’s box during that period (52 to 29).

Wolves have been afforded 13 big chances in the same timeframe, with only Everton (14) faring better.

They’re currently one of only 4 teams with a guaranteed fixture in Gameweek 31, where they host Bournemouth and they don’t face another ‘top 6’ team until Gameweek 38. 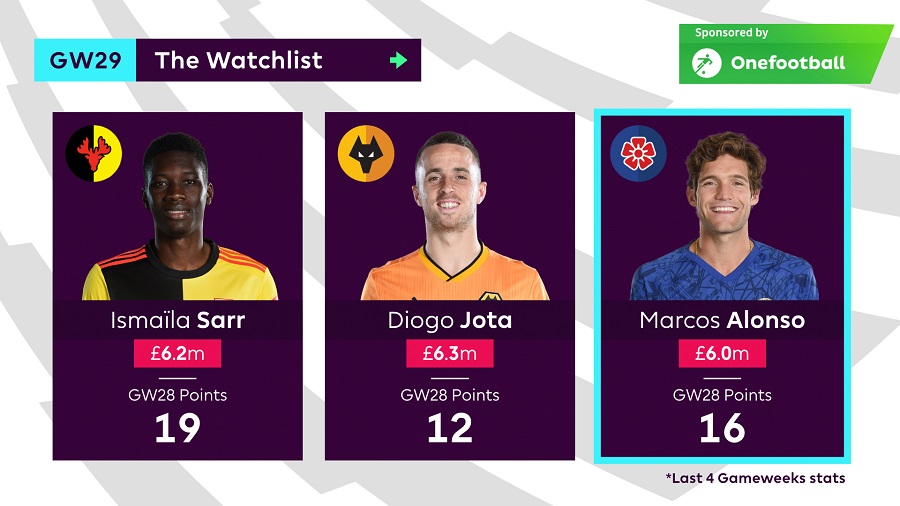 A shift to a 3-4-2-1 formation for Chelsea, over the last 3 matches in all competitions, has seen Marcos Alonso reclaim his starting place at left-wing-back.

He’s scored 3 of his team’s 4 goals in the last 2 Gameweeks, following a brace against Bournemouth this weekend.

Only Doherty (0.96) can better his 0.77 expected goals (xG) over that period, amongst defenders and the pair rank joint-top with 3 shots on target and 5 from inside the box.

Robertson (7) and van Aanholt (8) are the only defenders able to better Alonso’s 6 attempted assists in that time.

Although Chelsea are unlikely to feature in Gameweek 31, they have a favourable run of games to end the season.

The next 8 Gameweeks see them host Everton, Watford and Norwich.