Liverpool’s Sadio Mané has now averaged 7.0 points per game across the last 4 Gameweeks, since returning from injury.

The FPL Watchlist series continues with a look at three more players who impressed over the weekend and have become future transfer targets for the FPLtips team for Gameweek 30 and beyond.

With the plan being to navigate Blank Gameweek 31 without using the Free Hit chip, each of these players have a fixture that weekend. 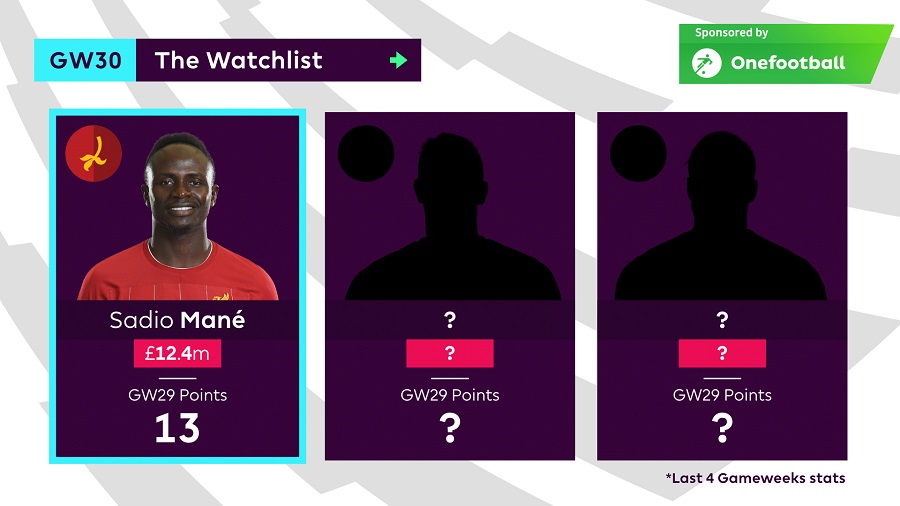 After directly contributing to both goals during the 2-1 win over Bournemouth in Gameweek 29 (1 goal, 1 assist), Sadio Mané has now averaged 7.0 points per game across the last 4 Gameweeks, since returning from injury.

Only Bruno Fernandes (36) has earned more than his 28 FPL points during that period, amongst midfielders, while only Martial has matched his 3 goals scored.

Just 4 midfielders have been able to better his 2 big chances in that time, while teammate Mo Salah has failed to register a single high quality chance, despite firing 12 shots in the box to Mané’s 5.

For those of us with a double up on Liverpool defence, is it worth considering making the switch to the Senegal international, with 2 transfers?

The Reds have kept just 1 clean sheet in the last 4 Gameweeks, conceding 6 goals and 9 big chances; only 4 teams have fared worse on each account. 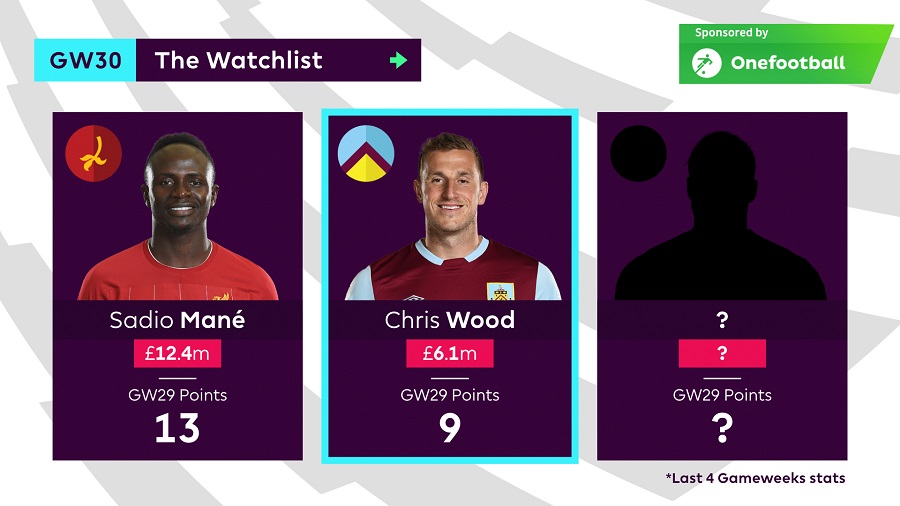 Gameweek 29 saw Chris Wood score in a 1-1 draw with Spurs on his return to the starting XI, after recovering from a hamstring injury.

No player fired more than his 3 efforts on target during the Gameweek, while only Gayle and Antonio (each 3) could better his 2 big chances.

The Burnley forward was in good form prior to injury, bagging 3 goals and 1 assist in 5 appearances, between Gameweeks 21 and 25.

Firmino (33) and Agüero (39) were the only forwards to earn more than his 30 FPL points across that spell and he ranked joint-6th with a total of 4 big chances.

Whilst Gameweek 30 may not be the best time to invest in the 28-year-old, ahead of a trip to Man City, Burnley have favourable fixtures in the 4 games that follow.

In the last 4 Gameweeks, the Clarets have been afforded a league-best total of 13 big chances, scoring 6 goals. 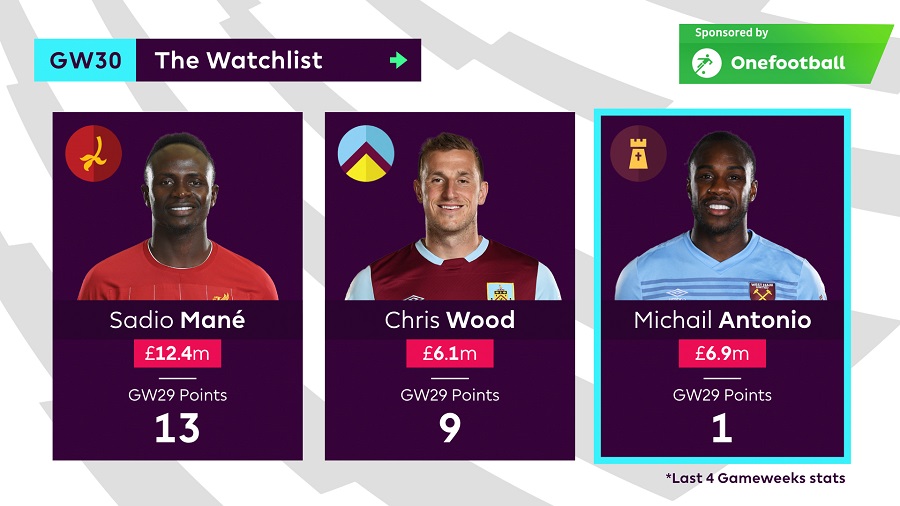 West Ham were unfortunate to come away empty handed against Arsenal after out-shooting their opponents by 14 shots to 9 and matching their total of 3 big chances.

Each of those big chances fell to Michail Antonio, who continues to start in an ‘Out of Position’ striker role, alongside Haller.

The 29-year-old has only returned 1 goal and 1 assist over the last 4 Gameweeks but that run has included away ties against Man City, Liverpool and Arsenal.

He was afforded 6 big chances during that timeframe, on par with Calvert-Lewin, with only Dele Alli (7) involved in more.

Meanwhile, Richarlison (5) was the only player to create more big chances than his 3.

The Hammers face Spurs in Blank Gameweek 31, a side that have failed to keep a clean sheet in the last 4 Gameweeks, conceding 8 goals.

Only Aston Villa, Southampton and Bournemouth (each 13) have allowed opponents more big chances than their 12.

You need to pick what YOU think will be the highest scoring fantasy football lineup – without having to worry about how the team would perform next week as once Gameweek 30 is over, your team either wins, or loses.

To get involved, please click the FanTeam banner below and register for your free account – head over to the Lobby and there you will see the Gameweek 30  €50,000 guaranteed prize-pool in all its glory.

Oh – and if you register using our link here or via the banner below, you will automatically get a free €2 entry to their €6500 Gameweek 30 prize-pool contest too!