The FPL Watchlist is back for Gameweek 5, with three players who have become transfer targets for the FFPundits and FPLtips team after impressing this weekend.

There are international matches still to be played ahead of Gameweek 5, involving a number of key FPL players, so it may be wise to avoid an early transfer, if possible. 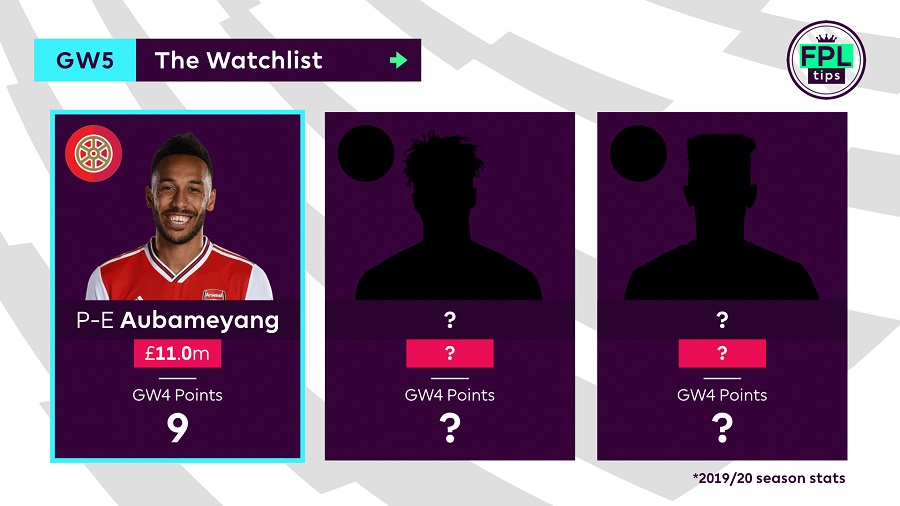 Aubameyang netted his 3rd goal of the season to earn Arsenal a point in the north London derby, taking a total of 4 shots during the game, with 3 from inside the box.

Despite facing Spurs and Liverpool in the last 2 matches, the Arsenal forward has found an FPL return in every Gameweek so far, producing an average of 6.5 points per game.

The Gunners face just one of last season’s ‘top six’ in the next 12 Gameweeks, with Aston Villa, Bournemouth and Crystal Palace the next 3 teams to visit the Emirates. 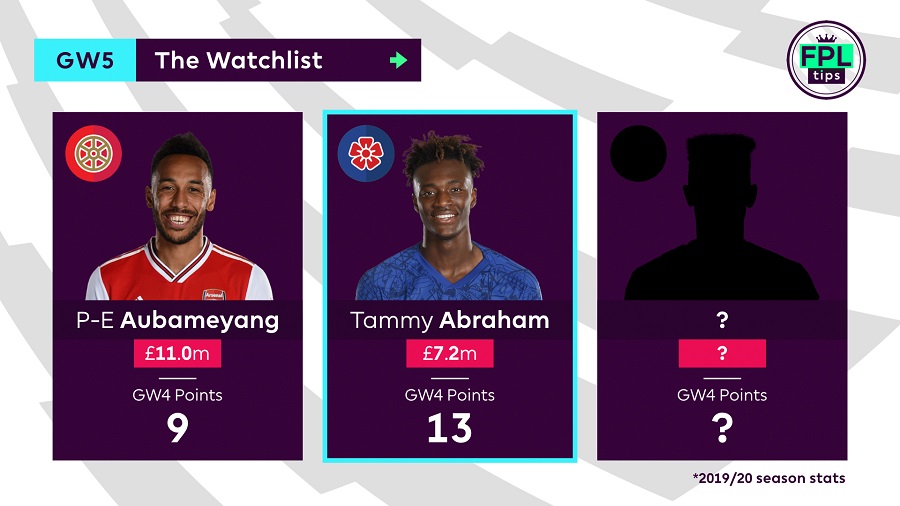 A first-half brace from Tammy Abraham gave Chelsea a 2-0 lead at half-time, before allowing Sheffield United back into the game in the second half.

The 21-year-old now has 4 goals in the last 2 Gameweeks, on par with Agüero, while only Mo Salah and Sébastien Haller (each 4) have been afforded more than his 3 big chances.

5 efforts on target by the Chelsea forward during that period ranks joint-best in the league, alongside Haller and James.

No FPL forward has produced more than Abraham’s 5 attempted assists in the last 2 Gameweeks, while only Kean and Gray (each 2) can better his 1 big chance created.

Now may not be the time to jump onto Chelsea’s attacking assets, with two usually strong defences up next in Wolves and Liverpool but the Blues welcome Brighton, Newcastle and Crystal Palace to Stamford Bridge between Gameweeks 7 and 12. 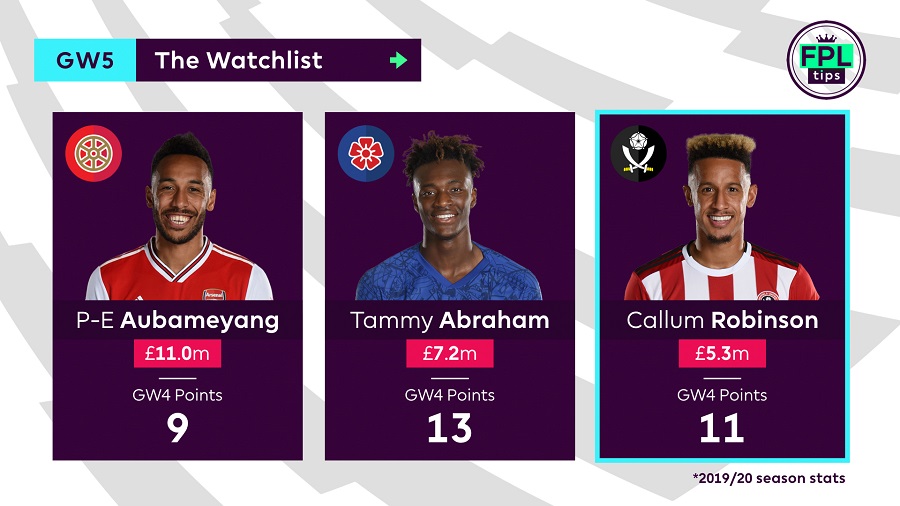 Callum Robinson played a hand in both Sheffield United goals at the weekend, to earn the Blades a point against Chelsea.

He fired a total of 4 goal attempts, with 3 from inside the box and only Tammy Abraham (3) was afforded more than his 2 big chances during the Gameweek.

The FPL midfielder has operated in a striker role for the promoted side in the opening 4 Gameweeks, after completing a move from Preston North End this summer.

He netted 12 goals in 27 appearances in the Championship last season, while only Pukki (1.3), Maupay and Abraham (each 1.5) produced more than his 1.2 efforts on target per game.

Sheffield United face some tough fixtures in the next 6 Gameweeks but a home fixture against Southampton up next looks favourable for the Blades; only Spurs (25) and Norwich (26) have faced more shots on target than the Saints (21) this season.

With plans to activate the wildcard after Gameweek 5, Robinson could provide an ideal one-week punt.