Welcome to another episode of the FPL Watchlist, where we’ll be looking at three players who impressed over the weekend.

With both @_FPLtips and ourselves, @FFPundits having just played our Wildcard, there’s unlikely to be huge changes to both teams for Gameweek 7, but here are some players who could be transfer targets for us in the very near future. 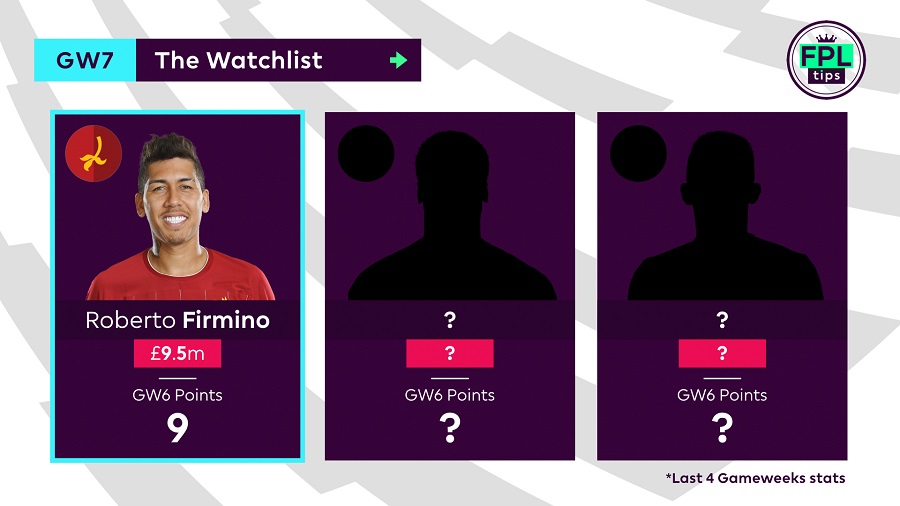 Firmino netted his 3rd goal of the season during the 2-1 win over Chelsea and found the target with both of his shots.

Only Wood (3) and Agüero (5) recorded more than his 2 big chances in Gameweek 6.

The 27-year-old has averaged 7.3 points per game this season, compared to 8.3 PPG for Salah and 7.0 PPG for Mané, despite being priced much cheaper than his teammates, at £9.5m.

No Liverpool player has fired more goal attempts (21) or found more efforts on target (8), while his tally of 16 shots inside the box is on par with Mo Salah.

A total of 5 big chances created ranks the Brazilian level with Alexander-Arnold and only De Bruyne has produced more this season, with 10.

Firmino averaged 5.3 PPG against the ‘top six’ last season, compared to 4.0 for Mané and 4.1 for Salah and the Reds come up against three of those sides in the next 6 Gameweeks. 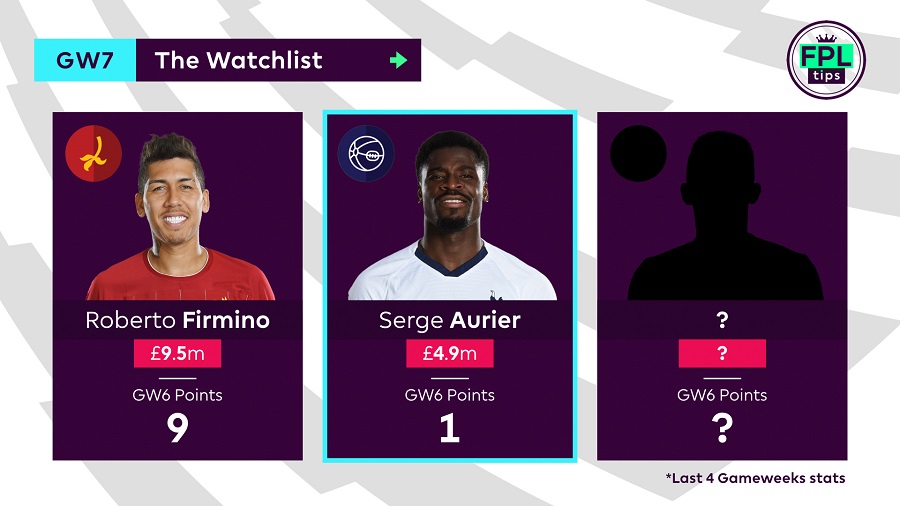 VAR ruled against Spurs to see Serge Aurier’s goal disallowed against Leicester but it was another impressive outing for the right-back.

Only Lamela and Son (each 3) provided more than his 2 attempted assists amongst Spurs teammates, while only Winks completed more final third passes (22 to 20).

Azpilicueta (5) and Alexander-Arnold (9) are the only defenders to create more chances than Aurier (4) in the last 2 Gameweeks, since working his way into the team.

Spurs have only kept 1 clean sheet this season but rank joint-best with Man City for big chances conceded (2) during home matches, shipping just 2 goals across those 3 games.

They host Southampton, Watford and Sheffield United in the next 6 Gameweeks and if the online bookmaker odds are anything to go by, Fantasy Premier League bosses should be confident of clean sheets for Spurs assets over the next few weeks. 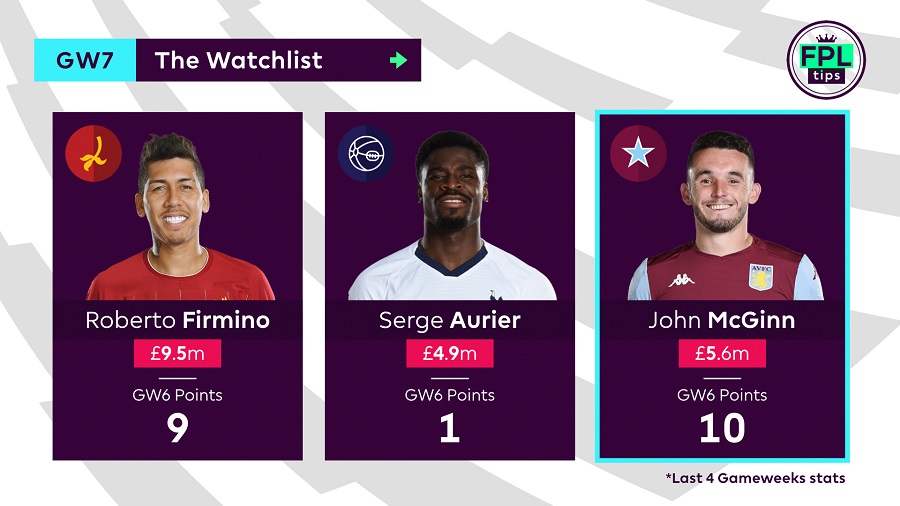 Aston Villa came close to pulling off a result against the Gunners on Sunday, eventually losing 3-2, after McGinn had given them the lead with his 2nd goal of the season.

Only Maupay and Ward-Prowse (each 7) fired more than his 6 goal attempts during the Gameweek, while only Bernardo Silva and Kane could match his 4 efforts on target; no player managed more than the trio.

The Scotland international has taken a total of 10 shots on target this season, ranking 2nd only to Pukki (14).

Amongst teammates, only Wesley has had more touches in the opposition’s box this season (24 to 17), while only Grealish has completed more final third passes (82 to 62).

Villa have big games against Man City and Liverpool to come but also face home fixtures with Burnley, Brighton and Newcastle, as well as away trips to Norwich and Wolves, in the next 7 Gameweeks.