Leicester City’s Jamie Vardy scores big in Gameweek 7 and is a tempting transfer target for Gameweek 8 clash with Liverpool.

Each Gameweek, the FPL Watchlist series takes a look at some potential future transfer targets for the @_FPLtips and @FFPundits team.

Plenty of players impressed over the Gameweek 8 weekend and here are the three who make it on to our Watchlist ahead of Gameweek 8. 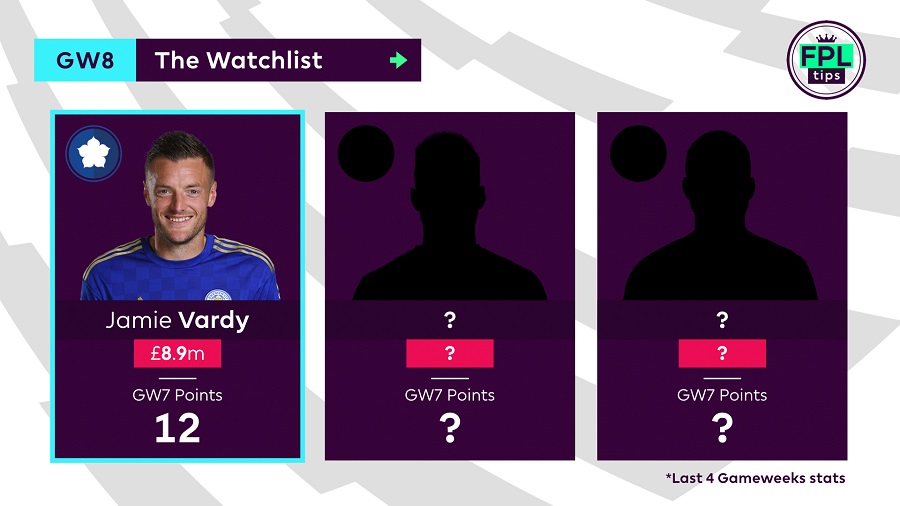 Vardy fired a brace in Leicester’s comfortable 5-0 win over Newcastle to see the Foxes move up to 3rd place in the table.

His total of 4 shots inside the box in Gameweek 7 could only be bettered by Abraham and Callum Wilson (each 5).

The pair were also the only players to be afforded more than Vardy’s 2 big chances.

Over the last 4 Gameweeks, the 32-year-old has struck 6 efforts on target; only 4 FPL forwards have taken more.

He’s returned 4 goals and 1 assist in that time and only Agüero and De Bruyne (each 7) have been directly involved in more goals.

Leicester have a favourable schedule to come over the next 10 Gameweeks, aside from their visit to Anfield in Gameweek 8.

Burnley, Arsenal, Everton, Watford and Norwich are the next 5 teams to visit the King Power Stadium. 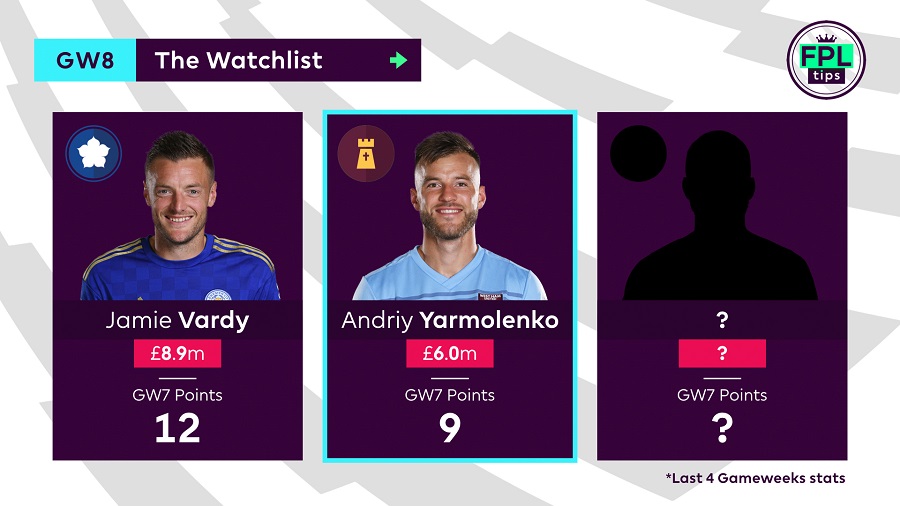 West Ham’s 2-2 draw with Bournemouth saw Yarmolenko continue his impressive form in front of goal, netting for the 3rd time in 4 outings.

Amongst midfielders, only Bernardo Silva (4) has scored more goals in the last 4 Gameweeks, while only Son (6), McGinn (7) and Mahrez (9) have fired more than his 5 efforts on target.

8 shots inside the box by the Ukrainian ranks joint-6th amongst midfielders, with Richarlison, Salah and Mané leading the way with 10 efforts apiece.

The next 5 Gameweeks look promising for the Hammers, with Crystal Palace, Sheffield United and Newcastle travelling to the London Stadium, amongst away trips to Everton and Burnley. 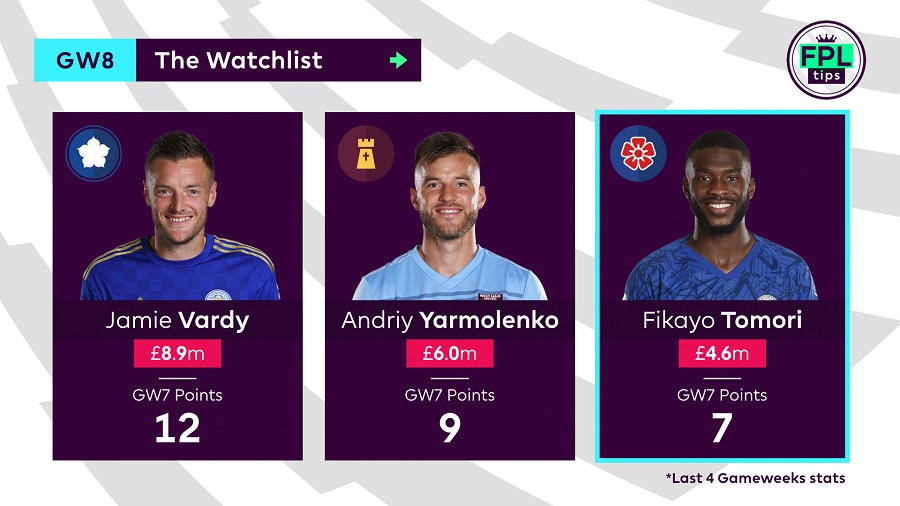 Chelsea recorded their first clean sheet of the season with a composed 2-0 win over Brighton, as Tomori made his 4th consecutive Premier League start.

They restricted the Seagulls to just 5 shots inside the box and 1 effort on target; only Leicester have conceded fewer of each in Gameweek 7 so far.

Despite conceding 13 goals this season, the underlying numbers are much more promising for Chelsea, especially in more recent matches.

They’ve allowed their opponents 10 shots on target in the last 4 Gameweeks, with only Liverpool (7) faring better.

Only Leicester (17) and Man Utd (11) have conceded fewer than their 20 shots inside the box in that time and Solskjaer’s side still have their Gameweek 7 meeting with Arsenal to play, at the time of writing.

The Blues face just one of last season’s ‘top six’ in the next 10 Gameweeks, with Newcastle and Crystal Palace the next two teams to visit Stamford Bridge.