With another international break upon us, it’s worth holding off from making any early transfers if possible, but we can still look at some potential targets who impressed in recent weeks.

Here are three players who have been added to the Watchlist ahead of Gameweek 9 and are being considered for the @_FPLtips and @FFPundits team. 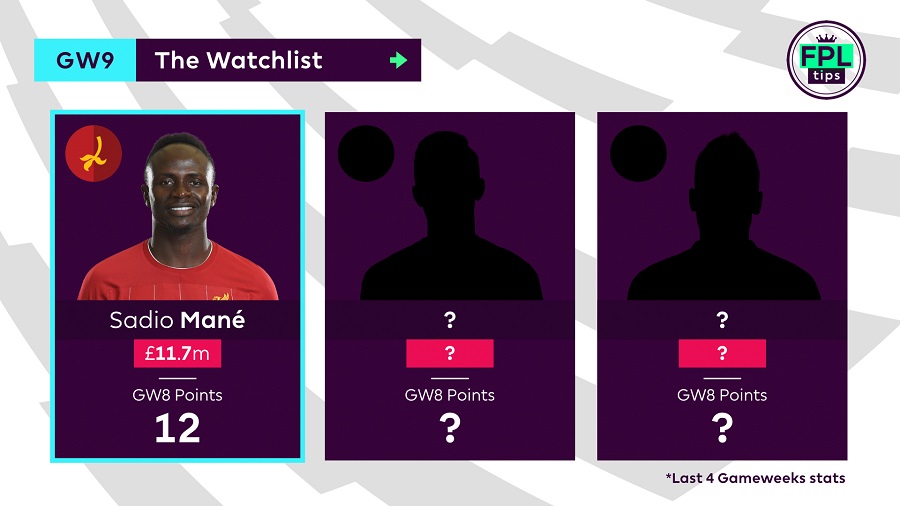 Mané opened the scoring against Leicester with his 5th goal of the season, before winning a last-minute penalty to steal his side the 3 points and continue their winning streak.

No midfielder fired more than his 3 efforts on target or was afforded as many as his 2 big chances during the Gameweek, with Wesley being the only player to exceed those totals, across all positions.

The Senegal international has had 5 big chances in the last 4 Gameweeks; 2 more than Salah’s total (3), with Wesley, Callum Wilson (each 6), Abraham and Agüero (each 7) the only players afforded more.

On current form, fixtures against Man Utd, Spurs and perhaps even Man City don’t look as troubling as they once did.

Last season’s champions conceded 2 goals and 3 big chances against Wolves on Sunday, while only Norwich (29) have faced more efforts on target than Spurs (25) in the last 4 Gameweeks. 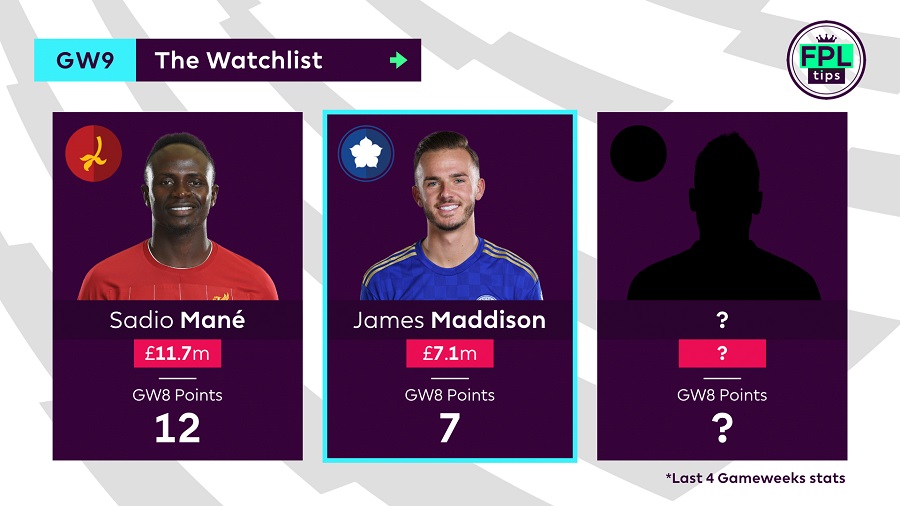 Maddison has found the back of the net in each of his last 2 outings after scoring the winner against Spurs in Gameweek 6 and very nearly taking a point from Liverpool this weekend.

He’s created 2 chances and fired 5 goal attempts across those matches, with 3 of his efforts finding the target.

The Englishman also offers potential from set pieces, with no player taking more than his 45 corners this season, while only 6 players have attempted more than his 6 in-direct free kicks.

They face a very favourable run of fixtures over the next 9 Gameweeks, with a home match against Arsenal being the only encounter with last season’s ‘top six’ sides over that spell. 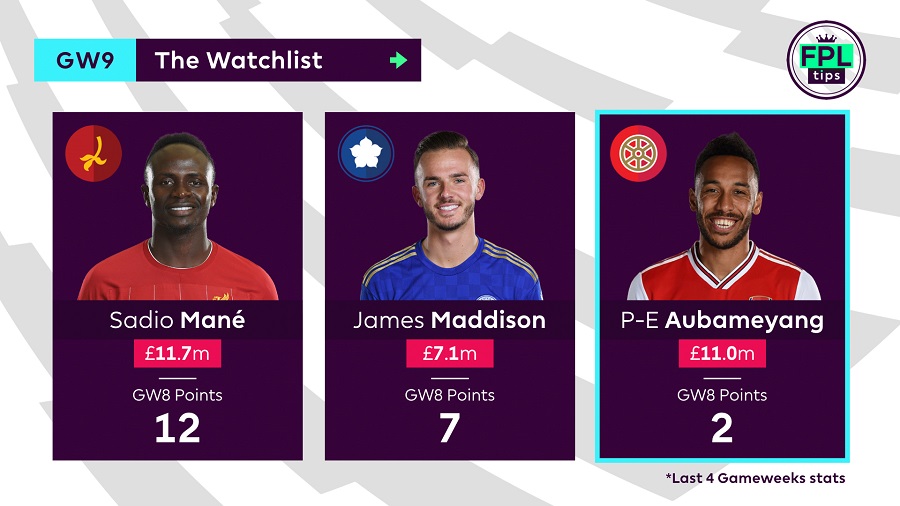 Despite failing to find a return for the first time this season, the underlying numbers suggest Aubameyang was unfortunate during the narrow win over Bournemouth.

Only Stiepermann (4), Connolly (5) and Wesley (6) fired more than his 3 shots inside the box during the Gameweek, with one of his efforts striking the woodwork to give him an xG of 0.56.

The Arsenal forward has bagged 4 goals in the last 4 Gameweeks, with only Abraham and Callum Wilson matching that total, while only 6 players were afforded more than his 4 big chances.

His total of 8 big chances this season is on par with Mané and one fewer than Salah, with Sterling, Callum Wilson (each 9), Abraham (10) and Agüero (11) the only other players to be afforded more.

The Gunners still have a very kind schedule over the next 8 Gameweeks, where they avoid any encounters with last season’s ‘top six’ sides and welcome Crystal Palace, Wolves, Southampton and Brighton to the Emirates.