The Gameweek’s are coming thick and fast as we head in to the busy Christmas festive schedule, so let’s take a look at FPLTips’ team ahead of Saturday’s Gameweek 14 Fantasy Premier League deadline.

As always, the changes listed below are not final and are subject to change, so be sure to follow @_FPLtips on Twitter to keep informed of any last minutes changes.

Southampton enjoyed a comfortable first-half against the Gunners but Aubameyang drew his side level shortly after the interval.

Justin looked bright down the right-hand side again for Leicester and created a big chance that was squandered by Jamie Vardy.

Ayling was again used to cover the centre-back position against Newcastle, limiting his ability to get forward in a game where both Leeds fullbacks got on the scoresheet.

The decision to trade Salah for De Bruyne backfired after Man City were held to a 1-1 draw by West Brom, though the Belgian picked up bonus points for the 2 big chances he created.

Heung-Min Son was clinical once again to score with his only shot of the game against Liverpool. 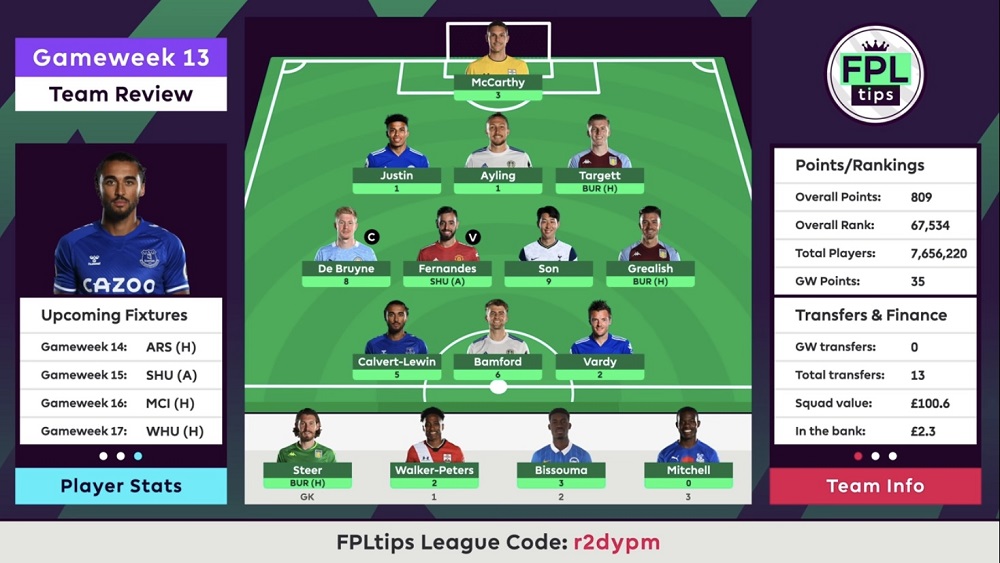 The South Korean also created 2 big chances which Bergwijn and Kane were unable to convert.

Calvert-Lewin saw a huge chance saved by Schmeichel before Holgate put in the rebound, while Bamford headed in the opener for Leeds in similar fashion.

Vardy went close with a header in the first-half against Everton and later saw a penalty decision overturned on review.

Before we look ahead to the immediate transfer plans, let’s take a brief look at the Chip Strategy after recent confirmation of a Blank Gameweek 18 and a Double Gameweek 19:

Gameweek 16 is the last opportunity to play the first wildcard and the plan remains to use it to load up on players who have a Double Gameweek to come.

Options from West Ham, Leeds, Liverpool and Southampton will be the main focus.

With just five matches now scheduled to go ahead in Gameweek 18, that looks like an ideal time to play the Free Hit chip. 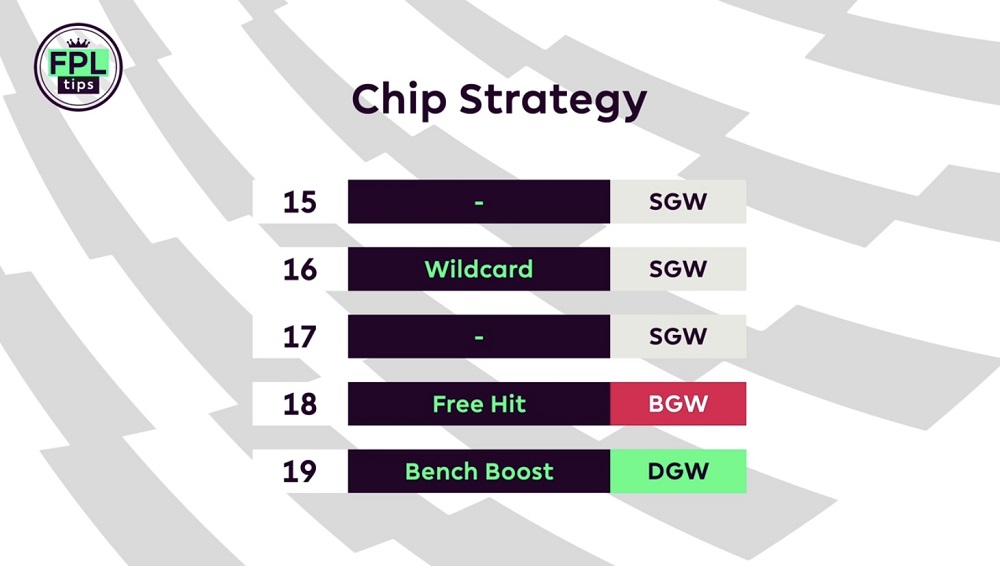 Man City and Spurs assets will be key, with respective fixtures against Brighton and Aston Villa.

That would then allow the team to revert back to one filled with players who feature twice in Double Gameweek 19, where the Bench Boost chip can be played.

We’ll take a more detailed look at each of those weeks in upcoming videos but for now, let’s move on to the transfer plans ahead of Saturday’s Gameweek 14 deadline:

The plan was to sell Vardy ahead of the trip to Spurs, with Harry Kane the most obvious like-for-like replacement.

But that would mean selling either De Bruyne or Fernandes for Salah in Gameweek 15 – which, on reflection, doesn’t seem like such a good idea.

So, the revised plan is to instead downgrade Vardy to Rhian Brewster in order to facilitate a switch to a 3-5-2 formation. 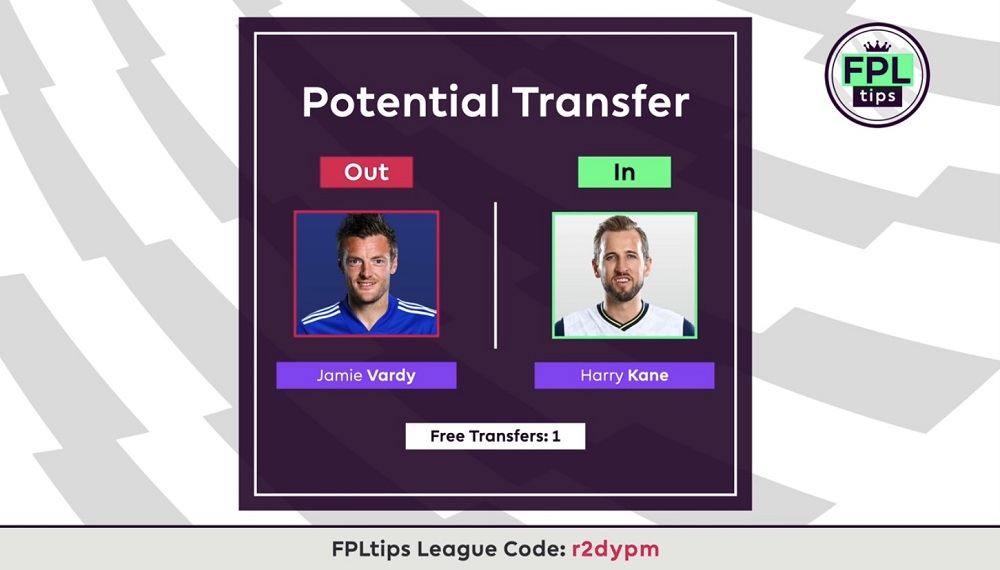 That would then see Salah coming back into midfield at the expense of Bissouma.

Whilst it is tempting to make those two moves this Gameweek, there’d only be one Gameweek for the hit to pay off, given that it’s almost time to play the wildcard.

So, instead, the most sensible play seems to be to just send out the team as it is for Gameweek 14 and then use 2 free transfers to swap Vardy for Salah ahead of Gameweek 15.

Here’s how the team is set to line-up for this weekend:

It looks like a tough Gameweek for the defence on paper, with Southampton up against Man City but given the form of both sides, there may be a little room for optimism.

With Ayling set to continue at centre-back and facing an equally tricky opponent in Man Utd, it will be Walker-Peters and Justin who get the nod for their attacking threat.

The only real hope for a clean sheet comes from Targett, who faces a West Brom side that have fashioned just 2 big chances in the last 4 Gameweeks.

There are four solid options lining up in midfield, with the only notable absentee being Mo Salah.

Bruno Fernandes currently has 4 goals over the last 6 Gameweeks; no midfielder has scored more.

Only De Bruyne has created more big chances than his 6 in that time – with 8 for the Belgian.

Calvert-Lewin has scored 3 goals in the last 6 Gameweeks; no forward has scored more. 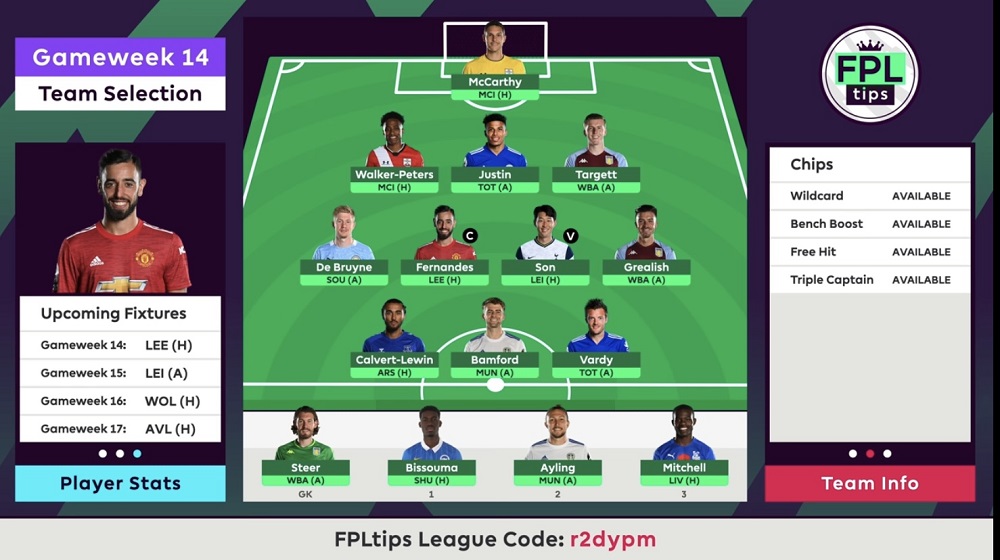 He’s matched Bamford with a total of 6 big chances over that period; only Vardy has been afforded more – with 7.

It could be a game of few chances for the Leicester talisman, however, with Spurs boasting the best defensive record in the league over the last 6 Gameweeks.

With no Mo Salah in the team, it’s a fairly straight-forward decision to captain Bruno Fernandes for the meeting with Leeds.

Across each team’s respective last 6 matches played, only Sheffield Utd (12) have conceded more goals than Marcelo Bielsa’s men (11) and no side have allowed opponents more big chances (18).

BEFORE YOU GO… Our official Daily Fantasy Sports Partner, FanTeam, are offering all NEW customers FREE ENTRY to this week’s Gameweek 14 Fantasy Premier League contest, which has a €10,000 guaranteed prize pool.

Simply register for your free account here, or by clicking the banner below and once you’ve signed up, you’ll automatically receive a FREE ENTRY to this weekend’s Gameweek 14 Weekly Monster, which has a guaranteed prize pool of €10,000 – with €1,000 going to the first place winner! 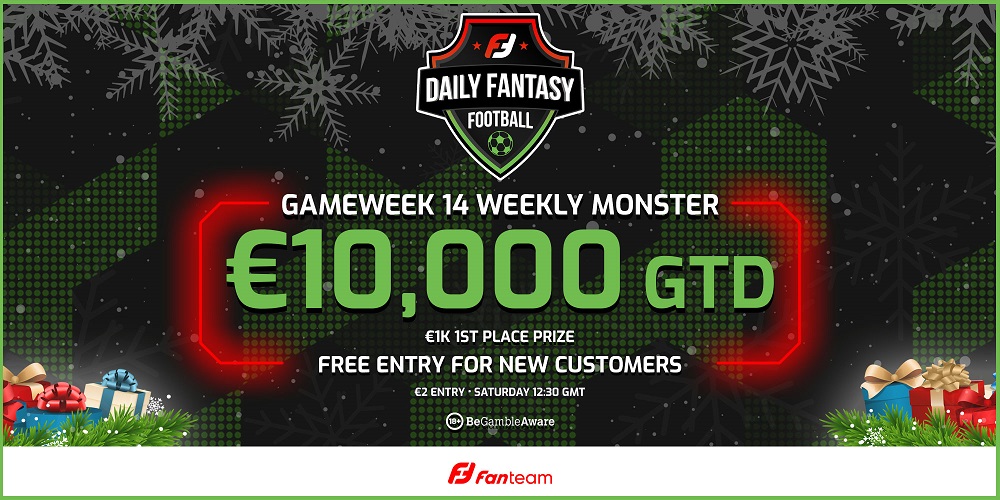