There were very few points aside from the Liverpool assets in Gameweek 25, as the fullbacks earned clean sheets in the 4-0 win over Southampton.

Maddison and Grealish ranked joint-top with 5 attempted assists apiece during the Gameweek but only captain Mo Salah could manage a return amongst the midfield.

Vardy missed a big chance against Chelsea and later created a big chance, which Harvey Barnes was unable to convert, so his dry spell continues.

A score of 57 points was above the overall average but not quite enough to avoid a red arrow, down to 160,210.

Please note that all player prices, ownership percentages quoted or Odds from ATS.io in this video and article were correct at the time of writing.

Sheffield United kept their 9th clean sheet of the season against Crystal Palace but John Lundstram only managed an appearance off the bench, with new signing Sander Berge preferred.

Although they have a Blank Gameweek 28, the fixtures around it are 3 very favourable home ties with Bournemouth, Brighton and Norwich. 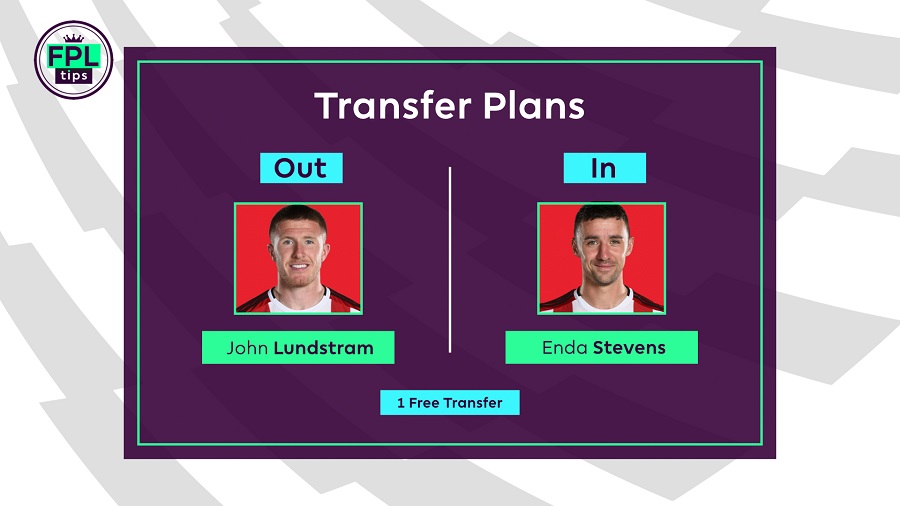 So, the plan is to move for an almost like-for-like replacement in left-wing-back Enda Stevens.

Here’s how the team is likely to lineup for Gameweek 26:

McCarthy pulled off some impressive saves to make it to half-time without conceding against Liverpool last weekend and the score-line was harsh on Southampton in the end.

Prior to that match, they’d conceded just 5 goals in the previous 6 Gameweeks (GW19-24), with only Watford (4) and Liverpool (1) faring better.

Norwich and Bournemouth have each scored 5 goals over the last 6 Gameweeks, with only Sheffield Utd (3) managing fewer.

Enda Stevens has created 2 big chances during that period, with only Robertson (3) producing more amongst defenders.

Despite failing to score or assist in the last 4 Gameweeks, no player has attempted more assists than Maddison (15). Only 4 players have created more than his 2 big chances.

With no Blank Gameweek 28 for Leicester and some good long-term fixtures, he’s likely to remain in the side.

Kevin De Bruyne has matched the Englishman with 15 attempted assists in the last 4 Gameweeks, though he does have 3 assists to show for his efforts.

West Ham have conceded the most goals (11) and big chances (18) of any side during that period, though they have played an extra game.

The last 4 Gameweeks have seen Mo Salah create a league-best total of 6 big chances, while only Jiménez (6) and Agüero (7) have been afforded more than his 5 big chances.

Norwich have shipped 9 goals in the last 6 Gameweeks, with only Bournemouth (12), West Ham (13) and Aston Villa (14) faring worse.

Jack Grealish ranks 5th amongst midfielders with a total of 11 attempted assists in the last 4 Gameweeks, while only Son (11) and Salah (16) have fired more than his 9 shots in the box.

Although Spurs have shipped just 2 goals in that time, only 4 teams have conceded more big chances than their 11.

Vardy has failed to score in the last 4 Gameweeks, missing all 4 of his big chances over that period.

Wolves kept out Man United last weekend but they’d conceded in each of their previous 9 league matches.

Jiménez has netted 3 goals over the last 4 Gameweeks, while only Agüero (7) has been afforded more than his 6 big chances.

Only Firmino (9) and Agüero (11) have taken more than his 7 efforts on target. 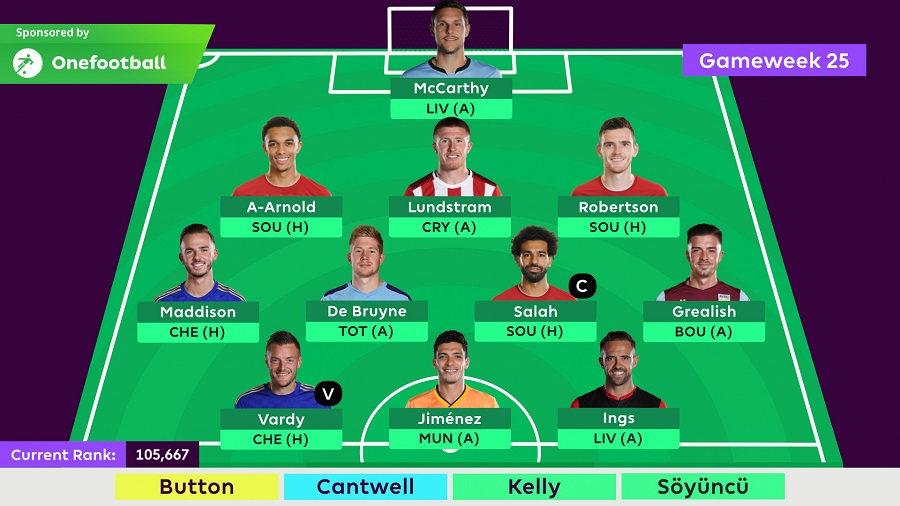 After failing to score in the last 3 Gameweeks, Danny Ings will be hoping to add to his 14 goals this season against Burnley.

Only Agüero, Salah and Firmino (each 16) have fired more than his 13 shots in the box over the last 4 Gameweeks.

The Clarets have conceded 8 goals in the last 6 Gameweeks, while only Newcastle (21), West Ham and Aston Villa (each 23) have given up more than their 14 big chances.

There is some temptation to give Kevin De Bruyne the armband, with a home fixture against a porous West Ham defence but the form of Mo Salah means he’s likely to remain as captain for the trip to Norwich.

Liverpool have scored a league-high total of 10 goals in their last 4 matches and the Egyptian King has played a hand in 50% of those.