Players from Aston Villa, Leeds United and Everton feature in our Players to Watch list for FPL DOUBLE Gamweek 24.

The Watchlist series is back to identify some key players who caught the eye in Gameweek 23, ahead of the upcoming Fantasy Premier League schedule.

Here are three future transfer targets ahead of DOUBLE Gameweek 24 for both the @FFPundits and @_FPLTips teams.

As always, we have provided you with both a video and written version of our Gameweek 24 Watchlist preview.

Here are three transfer targets to prepare for the upcoming Double Gameweeks: 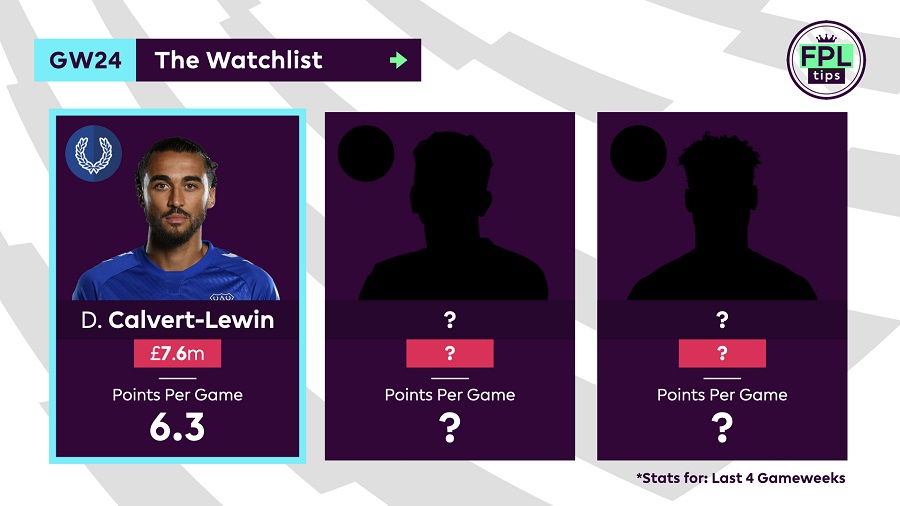 Calvert-Lewin scored a dramatic late equaliser at Old Trafford to extend his goals tally to 13 for the season; only Salah (16) has scored more.

Over the last 4 Gameweeks, since the 23-year-old’s return from injury, no forward can better his 25 FPL points.

His total of 3 big chances in the same timeframe ranks behind only Cavani and Wilson – each on 4.

Everton have a Double Gameweek 24 up next, with back-to-back home fixtures against Fulham and Man City.

The bad news is that Man City have kept 6 clean sheets in their last 7 matches, only conceding from the penalty spot in that time.

Fulham have tightened up themselves, with 2 clean sheets in their last 4 matches and just 4 goals conceded. 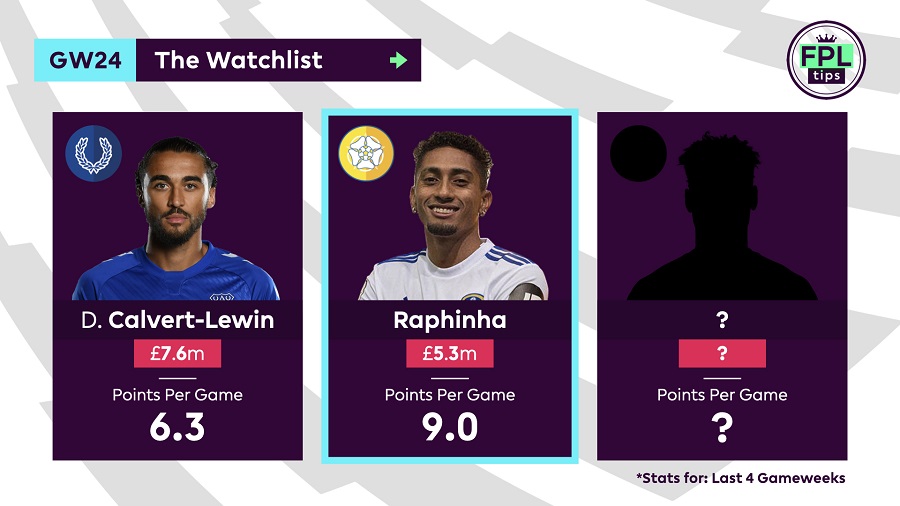 Leeds are yet to play their Monday night fixture with Crystal Palace in Gameweek 23 but Raphinha has bagged returns in each of his three previous matches.

During that period, between Gameweeks 20 to 22, no FPL midfielder has amassed as many as his 27 points.

The Brazilian ranks 6th for expected goals (1.09) amongst midfielders, while his 2 big chances can only be bettered by Sterling, Salah and Mane – each on 3.

After their trip to Arsenal in Gameweek 24, Leeds have a Double Gameweek 25 to come, where they’re away at Wolves and at home to Southampton.

The Saints have conceded league-high totals of 16 goals and 14 big chances in their last 4 matches. 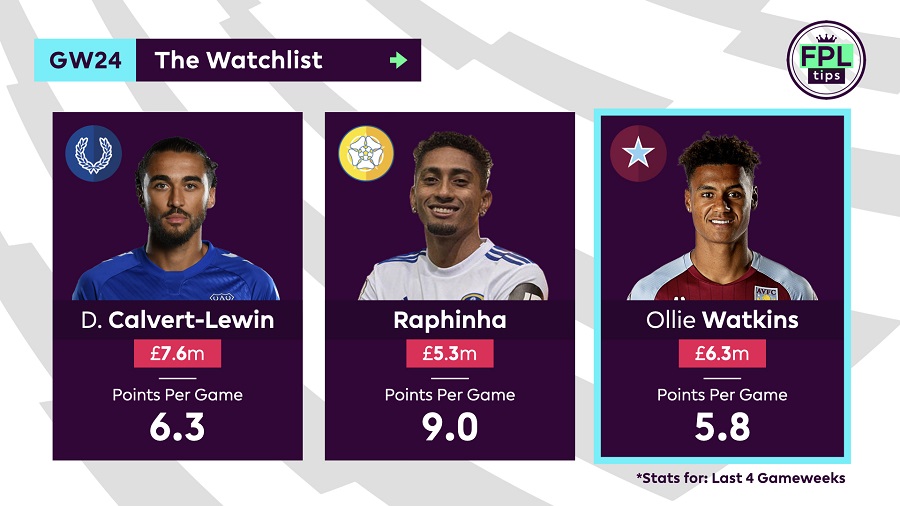 After scoring the only goal in a 1-0 win over Arsenal at the weekend, Watkins now has 4 goals in the last 5 Gameweeks.

Only Antonio (35 to 31) has earned more points amongst forwards during that period.

A tally of 12 shots on target for the Villa striker is five more than any other forward has produced in that time and he also leads the way with 18 shots in the box.

Only Cavani (6) and Antonio (5) have recorded more than his 4 big chances.

Whilst they aren’t currently scheduled to have a Double Gameweek, they’re likely to get one in Gameweek 26.

BEFORE YOU GO… Our official Daily Fantasy Sports Partner, FanTeam, are offering all NEW customers FREE ENTRY to this week’s Gameweek 24 Fantasy Premier League contest, which has a £11,000 guaranteed prize pool.

Simply register for your free account here, or by clicking the banner below and once you’ve signed up, you’ll automatically receive a FREE ENTRY to this Saturday’s Gameweek 24 Weekly Monster, which has a guaranteed prize pool of £9,000 – with around £1,350 going to the first place winner!

Using your 105M budget – just like FPL, pick your best 11-man squad (no subs) for Gameweek 24 only. The contest kicks off at 12:30PM GMT on Saturday the 13th of February and covers 10 Gameweek 24 matches – not including the doubles!