The Watchlist series is back to identify some key players who caught the eye in Gameweek 25, ahead of the upcoming Fantasy Premier League schedule.

Here are three future transfer targets ahead of DOUBLE Gameweek 26 for both the @FFPundits and @_FPLTips teams.

As always, we have provided you with both a video and written version of our Gameweek 26 Watchlist preview.

Here are three transfer targets to prepare for the upcoming Double Gameweeks: 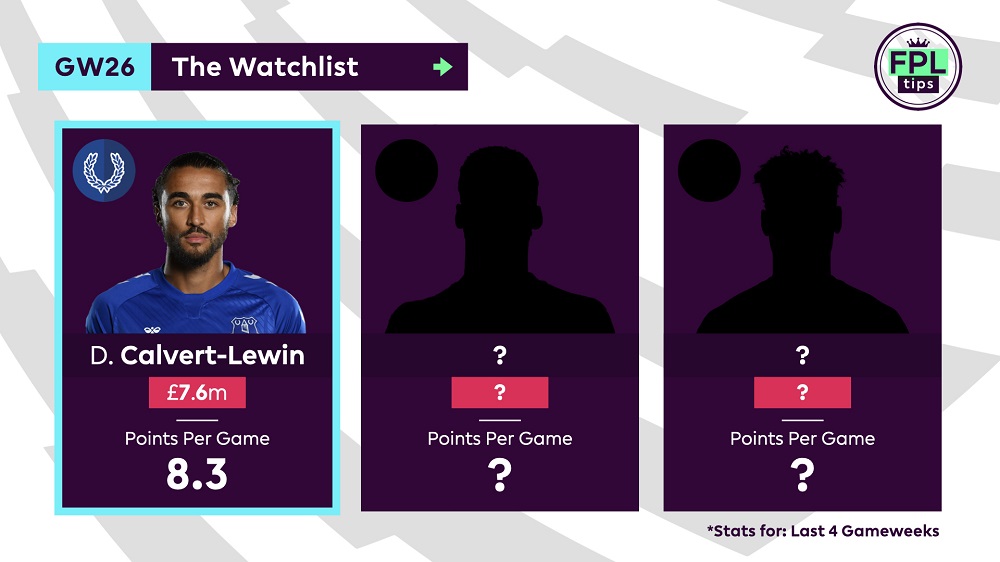 After a short spell on the sidelines, Calvert-Lewin made his return at Anfield, where he came off the bench to win a late penalty.

The incident came shortly after Richarlison had played in his strike partner for a big chance that was saved by Alisson.

Despite only making 3 appearances in the last 4 Gameweeks; no FPL forward has earned more points in that time than the Englishman (25).

The Saints have shipped league-high totals of 19 goals and 17 big chances in the same timeframe.

West Brom have conceded 12 goals in their last 6 matches; only Crystal Palace (13) and Southampton (19) have fared worse. 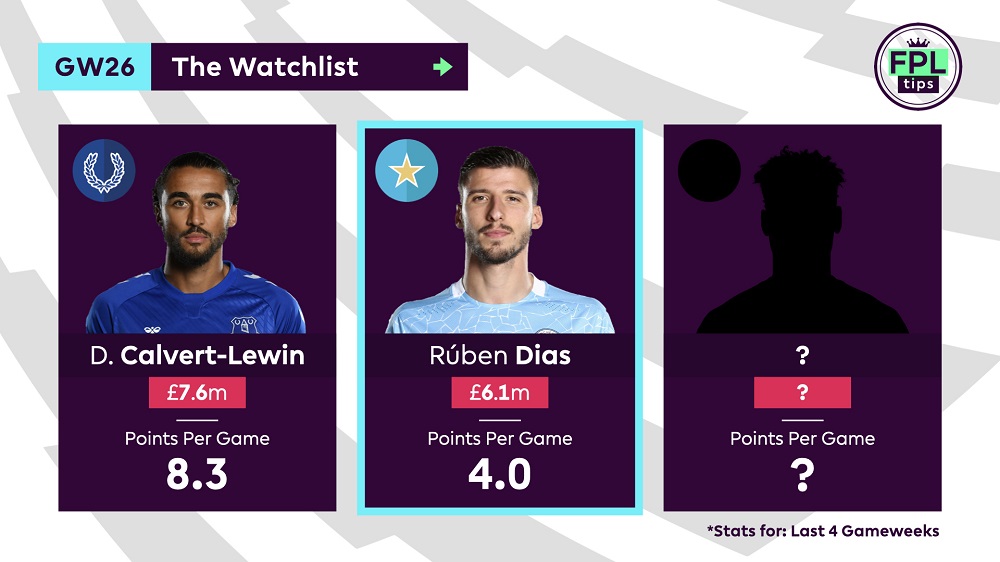 Manchester City kept their 15th clean sheet of the season in a professional 1-0 win over Arsenal.

They restricted the Gunners to just 1 effort on target and didn’t concede a single big chance.

No side have conceded fewer big chances than their 2 over the last 6 matches, where only Brighton (5) have kept more than their 4 clean sheets.

There has been some rotation between the centre-backs but Dias has only missed one Premier League match since making his debut and that was shortly after recovering from a fever.

The league-leaders now have back-to-back Double Gameweeks on the horizon.

Their midweek Champions League match could offer some insight into how Guardiola intends to manage the minutes of his players in Double Gameweek 26.

If Raheem Sterling features from the off on Wednesday, it would be his 7th consecutive start in all competitions and some surgery to sell him and bring in Dias would be tempting. 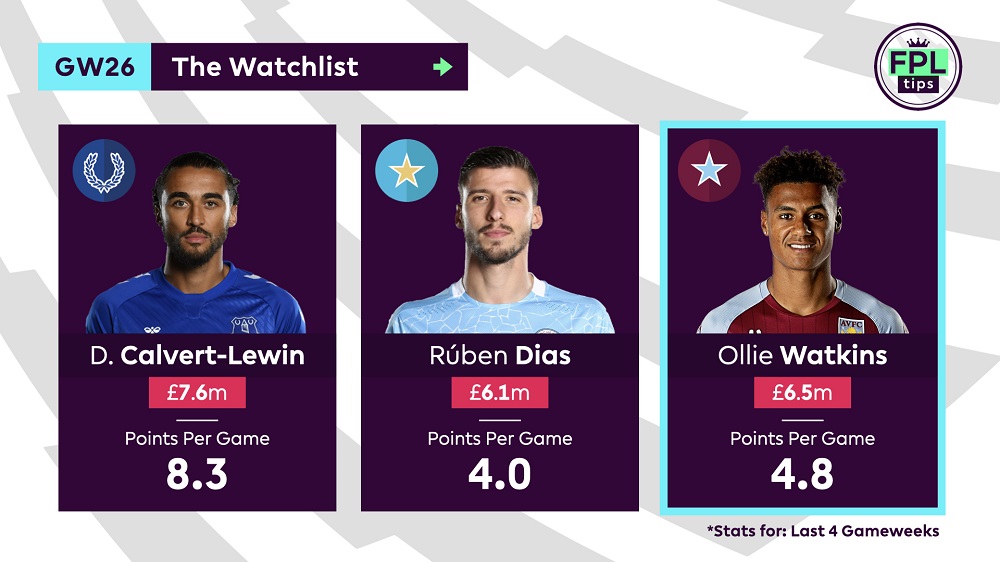 Aston Villa slumped to a 2-1 defeat to Leicester, where Watkins was restricted to just 1 shot.

No player from either side had as many as his 6 touches in the opposition’s penalty box, however.

The injury to Jack Grealish will obviously be a big miss and it looks like Villa could be without their talisman for up to a month.

But their upcoming fixtures are fairly kind; they have a confirmed Double Gameweek 26 and could have an additional Double Gameweek 28 – if their home meeting with Everton is rescheduled that week.

Leeds and Sheffield United have each conceded 7 goals in the last 4 matches; only four teams have fared worse.

The Blades have allowed opponents 11 big chances in that time, with only Southampton (12) and Liverpool (14) conceding more.

Who will be YOUR Double Gameweek 2️⃣6️⃣ FPL captain? 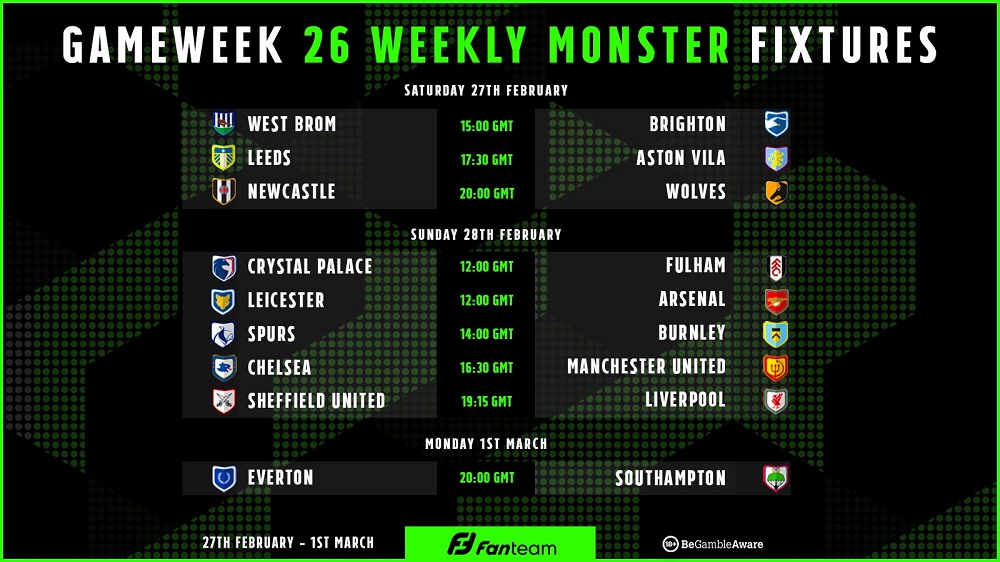