The Watchlist series is back to identify some key players who caught the eye in Gameweek 11, ahead of the upcoming Fantasy Premier League schedule.

Here are three future transfer targets ahead of Gameweek 12 for both the @FFPundits and @_FPLTips teams.

As always, we have provided you with both a video and written version of our Gameweek 12 Watchlist preview. 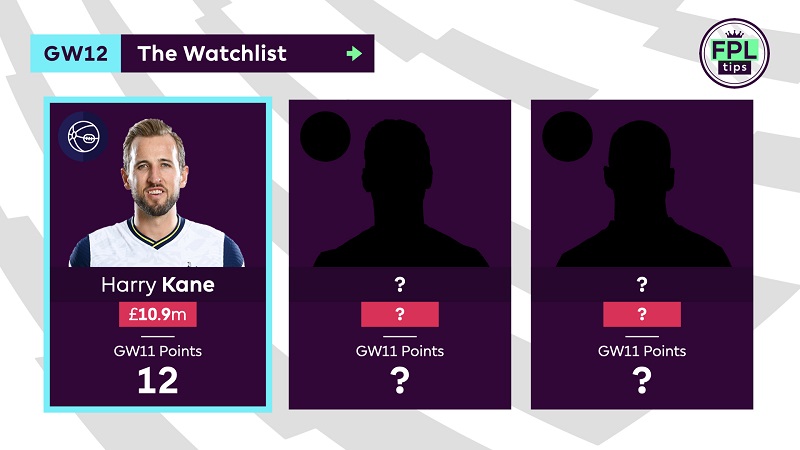 Mourinho’s Spurs put in a textbook performance to beat Arsenal 2-0 in the north London derby, as who else but Kane and Son linked up on the counter for both goals.

The pair were at their clinical best – each scoring from just a single shot on target – while spending much of the game in defensive positions, working hard off the ball.

Son had just a single touch in the opposition’s box, while Kane had 3; that was bettered by 5 Arsenal players during the match.

Those numbers further emphasise that we shouldn’t be discouraged by what appear to be poor underling numbers for the Spurs duo on paper, because the system they’re using is continuing to yield results.

Over the last 3 Gameweeks, the England captain has averaged 6.8 points per game despite facing three ‘big six’ teams in Man City, Chelsea and Arsenal in that time. 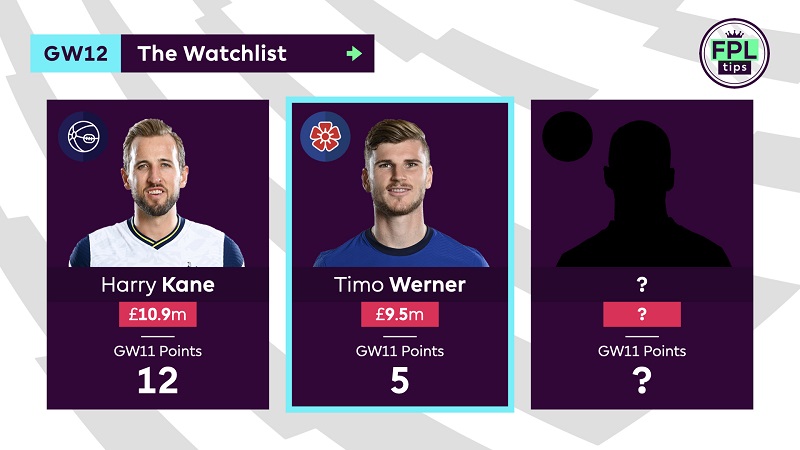 Chelsea came from behind to beat Leeds 3-1, as Werner set up a late goal for Pulisic after going close himself on a number of occasions.

No player has taken more than his 4 shots on target during the Gameweek so far, while only Sterling, Calvert-Lewin and Giroud (each 3) have had more than the German’s 2 big chances.

His 1.43 non-penalty expected goals figure (xG) was the highest of any player over the weekend’s matches.

Since Gameweek 5, when he found his first goals of the season against Southampton, Werner has gone on to average 6.3 points per game to rank 5th amongst forwards with at least 400 minutes played.

Only Kane (54) has earned more than his 44 FPL points in total during that period (GW5-11), amongst forwards.

Chelsea avoid the current ‘top six’ teams over the next 5 Gameweeks, with meetings against Everton, Wolves and West Ham up next.

After their win in the north London derby, Spurs have now kept clean sheets in 5 of the last 6 Gameweeks.

Dier has averaged 5.5 points per game over that period, with Chelsea trio Reece James (35), Chilwell (37) and Zouma (44) the only defenders to earn more than his 33 FPL points.

That’s all more impressive when you consider that Spurs have faced Arsenal, Chelsea and Man City in that time.

They’ve shipped just 1 goal in the last 6 Gameweeks, which is fewer than every other team in the league and only Chelsea (3) have conceded fewer big chances than their 4.

As the numbers are showing, Mourinho’s Spurs can keep out just about any team on current form but on top of that, their fixtures from Gameweek 16 get particularly favourable.

So, Dier could be one to target on the wildcard in a few weeks’ time. 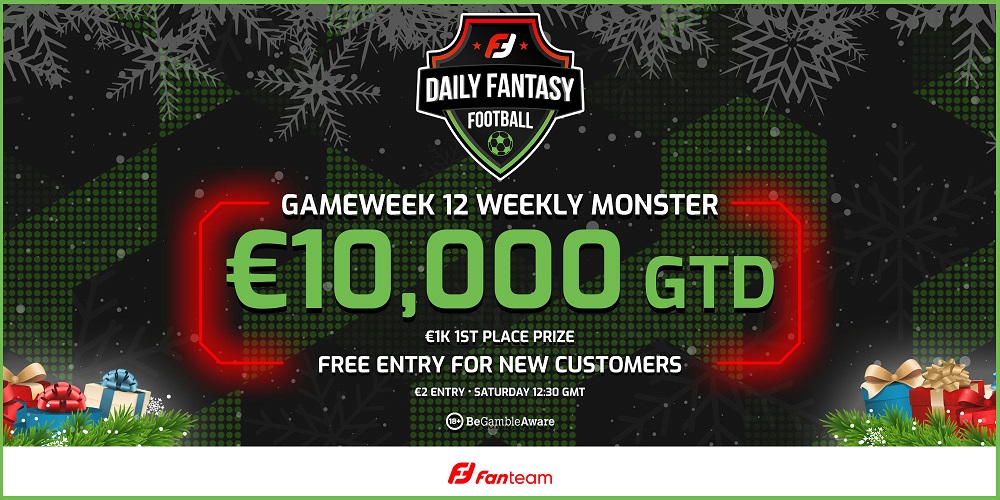