The Watchlist series is back ahead of Gameweek 2 to identify some of the players that caught the eye over the opening Gameweek 1 weekend.

With midweek EFL Cup games to be played and big hitters from United and City returning, there’s no need to rush into any early moves.

But here are three players who could be possible options to transfer into the FPLtips and FFPundits team over the coming Gameweeks: 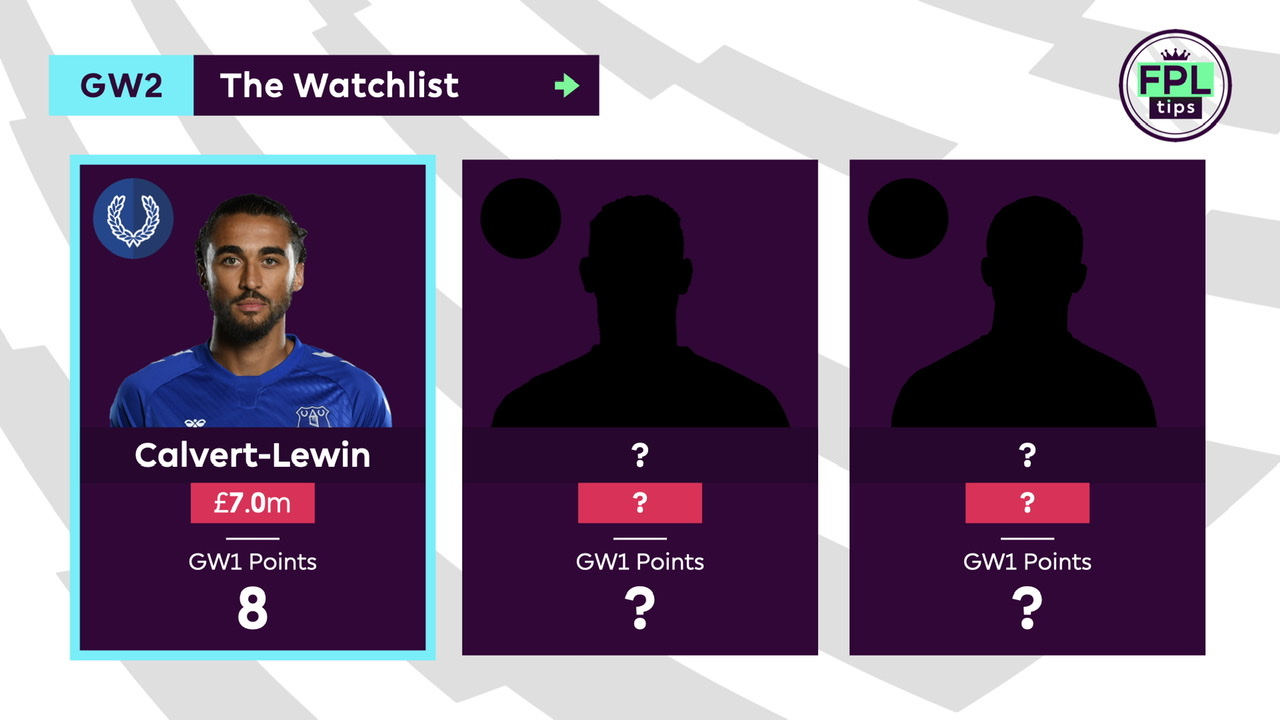 There are a few Everton assets on the radar after that impressive 1-0 win over Spurs on Sunday, with Dominic Calvert-Lewin the man who made the difference in the end.

He met Lucas Digne’s free kick with a bullet header that gave Hugo Lloris no chance, after cleverly getting between Alderweireld and Dier.

Only Salah and Aubameyang (each 3) have landed more than his 2 shots on target during the Gameweek so far.

After struggling in the final 9 Gameweeks of last season, post-restart, where only Crystal Palace (5) and Norwich (1) recorded fewer goals than Everton (7), they were a much-improved outfit thanks to new signings in midfield.

Rodríguez (5) and Doucouré (4) created 9 chances between them and only Liverpool (22) have had more attempts than Carlo Ancelotti’s men (15) in Gameweek 1 so far.

The Toffees now have a very promising schedule, with 4 of the next 5 fixtures given a difficulty rating of just 2. 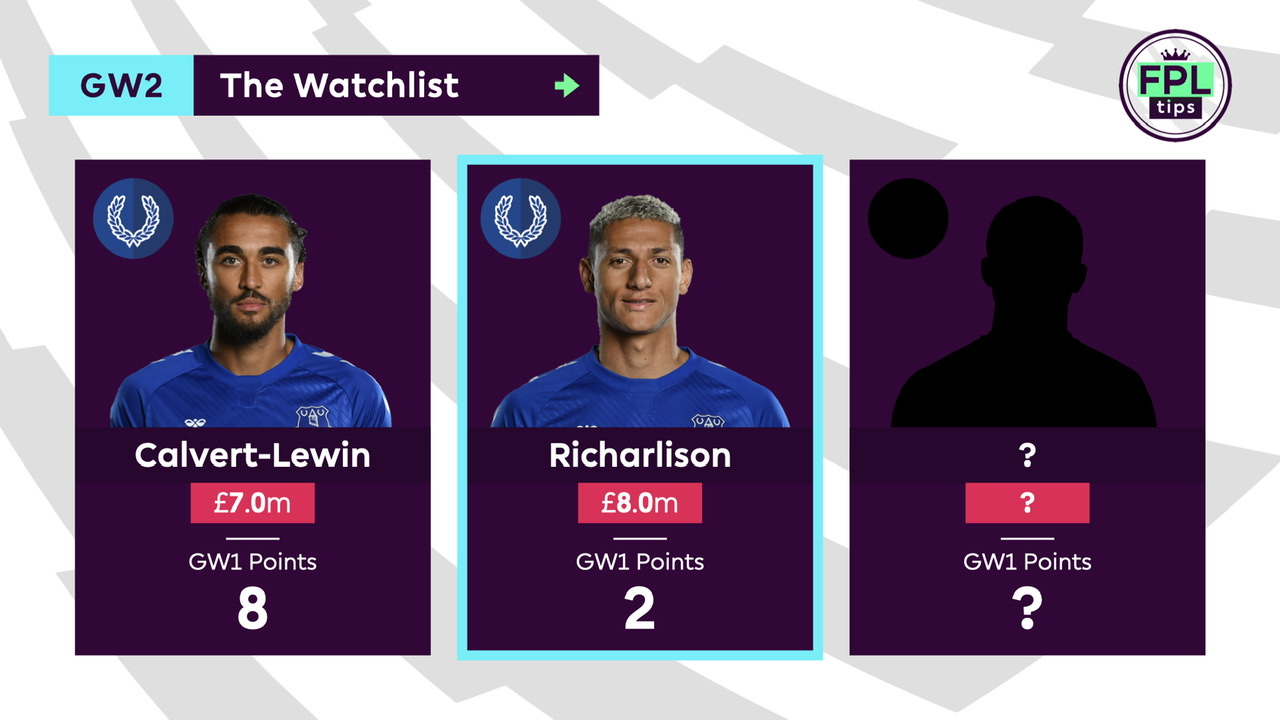 Despite failing to pick up FPL points, Richarlison really should have opened the scoring against Spurs when he went through one-on-one and took the ball around goalkeeper Hugo Lloris.

That chance that was given a 0.22 ‘expected goals’ figure (xG) and the Brazilian later had an even better opportunity to score from a 0.27 xG header.

No player has had more than his 2 big chances during the Gameweek; with only Salah, Vardy and Zaha equalling that amount.

Liverpool’s hat-trick hero was also the only player to take more than Richarlison’s 7 total shots or his 5 efforts from inside the box.

Although he operated from the left, rather than through the middle, the newly classified FPL forward had 9 touches in the opposition’s box; more than any other player during that match. 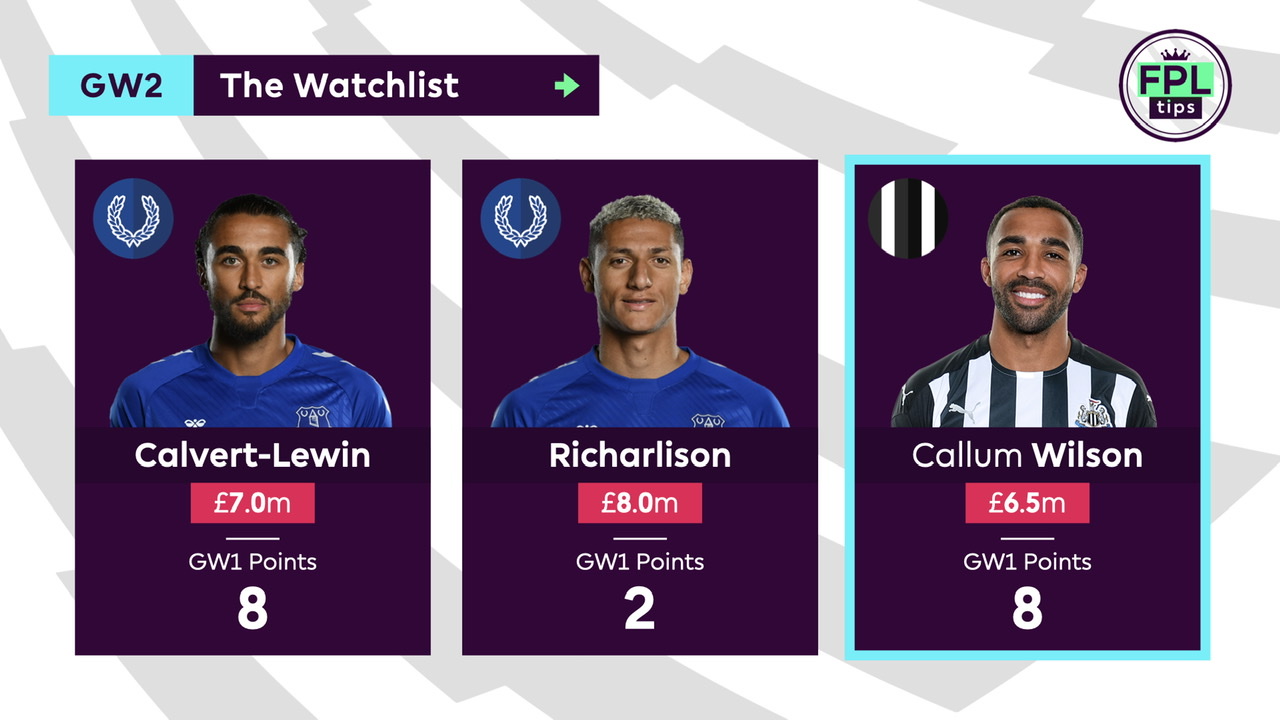 Callum Wilson scored on his debut to help Newcastle make a winning start to the season.

The new signing was a persistent threat throughout, recording 4 shots in total; 3 of which came from inside the box.

Only Michail Antonio (8) had more than his 7 touches in the opposition’s box during the match and Richarlison (9) was the only other forward to better that number over the weekend.

Brighton’s visit to St James’ Park in Gameweek 2 could spell further points for the England striker but it’s really from Gameweek 7 that Newcastle’s fixtures improve.

Over an 8 Gameweek-run, they have 7 matches that are rated a 2 on the FDR, including home ties with Everton, West Brom and Fulham.