The Watchlist series is back ahead of Gameweek 3 to identify some of the players that caught the eye over the weekend.

With midweek EFL Cup games to be played and rumours of positive COVID-19 cases at West Ham, there’s no need to rush into any early moves.

However, here are three players who could be possible options to transfer into the FPLtips and FFPundits team over the coming Gameweeks: 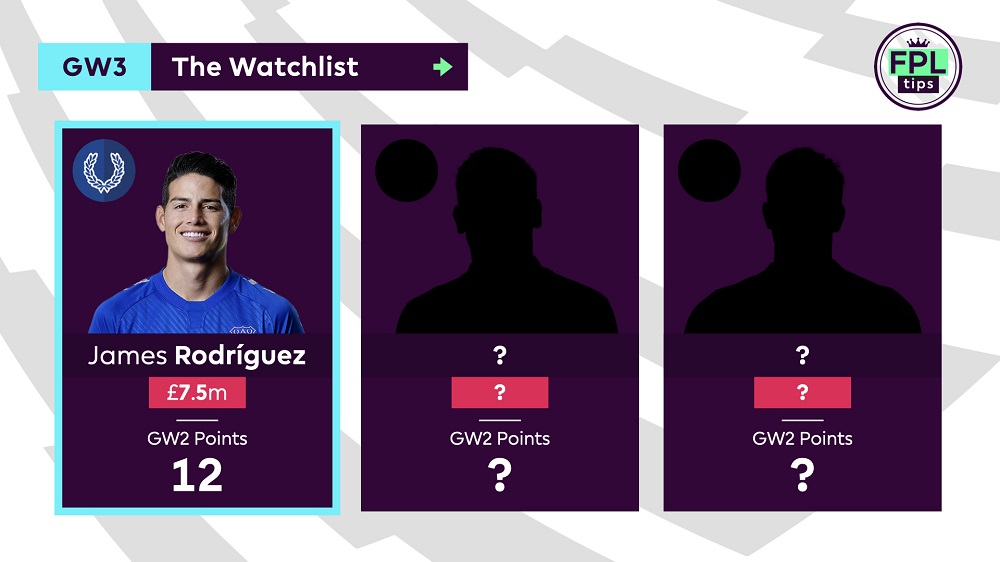 Everton assets remain firmly on the watchlist after another impressive win, this time beating West Brom 5-2.

The Colombia midfielder supplied 2 attempted assists during the game and only Salah (9) has attempted more than his 7 over the opening 2 Gameweeks combined.

Only Harry Kane (4) has created more big chances than his 2.

Rodríguez continues to share set pieces with Lucas Digne, taking 6 corners to the Frenchman’s 7 so far this season.

The Toffees have now scored 6 goals, with only Leicester and Leeds (each 7) netting more.

They’ve fashioned 6 big chances; ranking joint-top in the league, along with Liverpool and Spurs.

Fixtures against Crystal Palace and Brighton in the next 2 Gameweeks could prove to be more of a challenge; they’ve each kept 1 clean sheet so far

The Eagles have, however, allowed opponents 4 big chances; only 5 teams have fared worse in that respect. 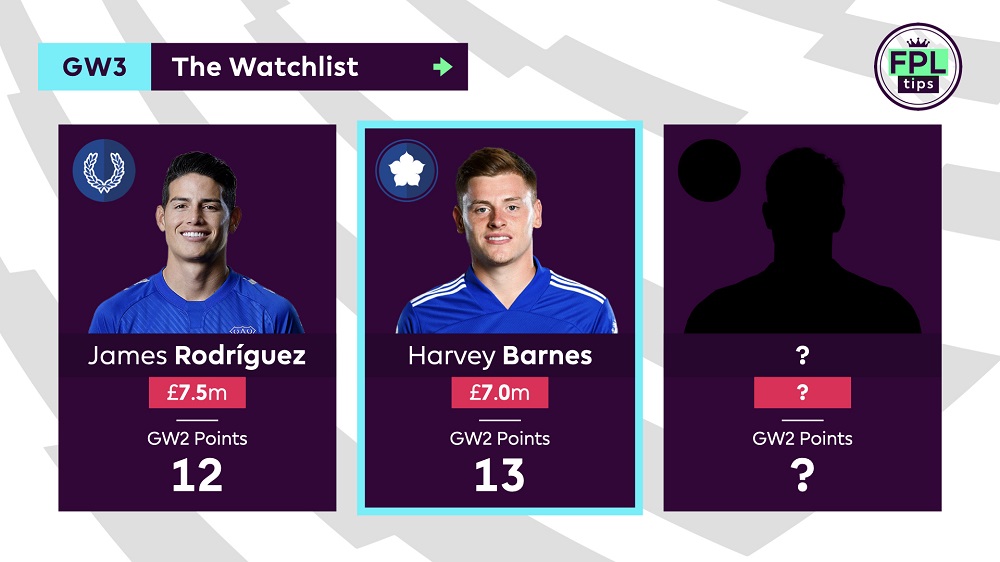 Harvey Barnes was outstanding in Leicester’s 4-2 win over Burnley, using his clever movement and pace to amass a goal and assist.

No FPL midfielder has taken more than his 5 shots in the box during the Gameweek so far, with only Calvert-Lewin (6) striking more, across all positions.

Only Son and Mitrovic (each 4) have landed more than his 3 efforts on target.

Across the opening 2 Gameweeks, the 22-year-old has taken 18 touches in the opposition’s box; only Richarlison (23) and Salah (30) have had more.

But an away trip to Manchester City in Gameweek 3 makes it tempting to hold off from an immediate move for the Leicester midfielder.

Following that match, the Foxes have back-to-back home games against West Ham and Aston Villa.

Only 4 teams have shipped more goals than the Hammers (4) so far. 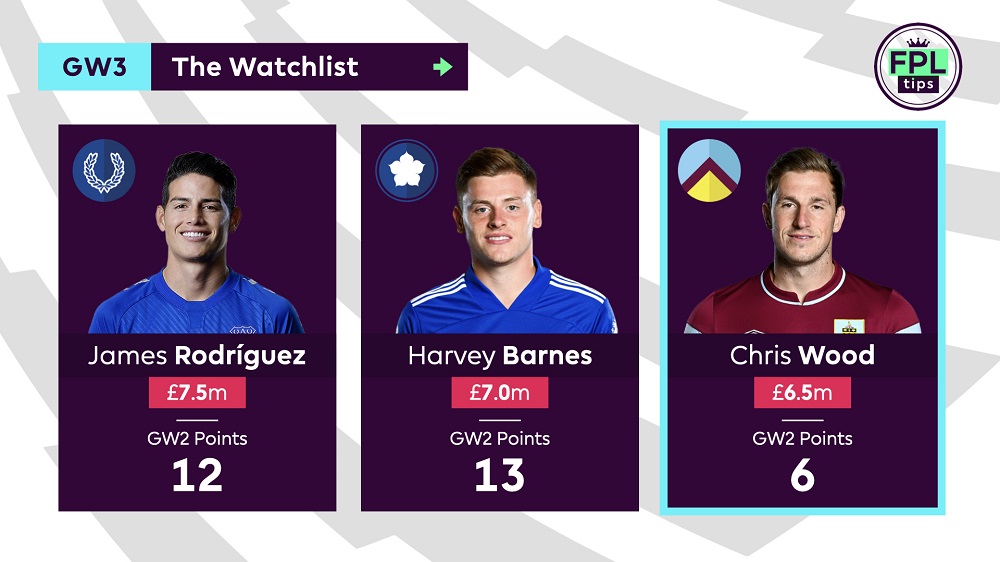 Chris Wood looked sharp in Burnley’s first game of the season, scoring the opening goal of the game before later striking the post.

Only Antonio, Son and Calvert-Lewin (each 3) were afforded more than his 2 big chances, over the weekend’s matches.

Calvert-Lewin, Maupay (each 3) and Mitrovic (4) were the only FPL forwards to land more than his 2 shots on target.

Between Gameweeks 3 and 9, Burnley don’t face a single side with a ‘Fixture Difficulty Rating’ higher than 3.

Their next three opponents include a Southampton side that shipped 5 goals to Spurs this weekend and West Brom, who have conceded a league-high total of 8 goals so far.

Saints have allowed opponents 7 big chances in the opening 2 Gameweeks, with only West Brom faring worse – with 8.

Thank you for reading Fantasy Premier League Tips – ‘FPLTips Watchlist: Gameweek 3 Players to Watch’ which was written and published by FPLTips and FFPundits