The Fantasy Premier League Watchlist series is back to identify more players who caught the eye over the weekend.

With the injury to Heung-Min Son and question marks remaining over Timo Werner, it’s midfielders and forwards who are under consideration ahead of Gameweek 4.

Here are three possible transfer targets for the FPLtips and FFPundits team for Gameweek 4.

Leicester rocked the Etihad as Jamie Vardy completed his hat-trick in a 5-2 win.

Two of his goals came from the penalty spot; he’s now converted four times from 12 yards out this season.

The Foxes even went on to claim a third penalty against Man City, after Vardy had been subbed off with a knock. 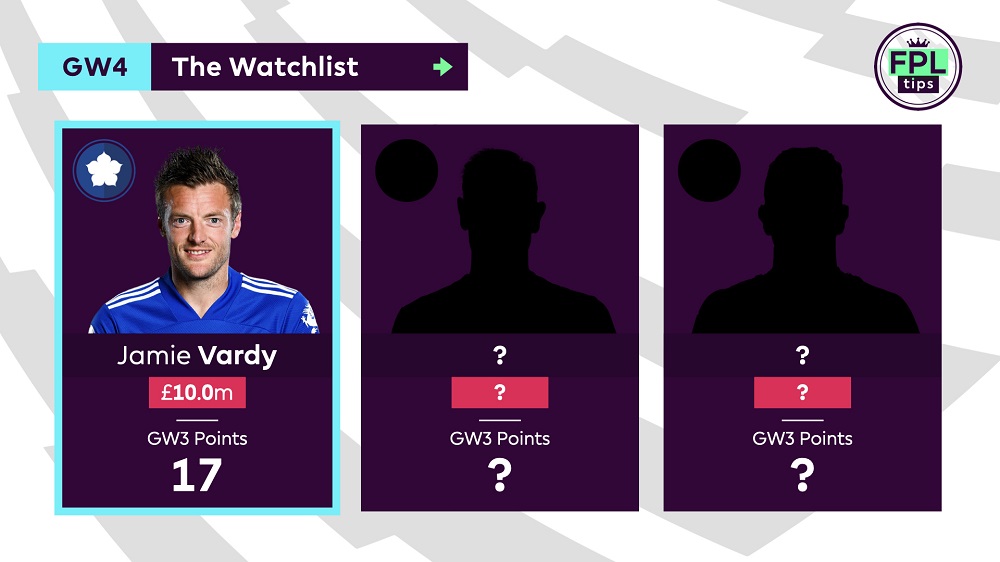 But Brendan Rodgers played down the injury concern after the game, saying: “Jamie will be fine, he’s got a hip issue which is ongoing, it normally settles down after a few days.”

With just 2 shots in the box and 1 big chance from open play, there is a worry that the 33-year-old may continue to be over-reliant on penalties.

His non-penalty xG of 0.34 ranks 20th amongst FPL forwards.

But the fixtures in the immediate future look ideal, with two historically porous defences up next for Leicester in West Ham and Aston Villa.

Bruno Fernandes kept his composure to coolly convert a dramatic injury-time spot kick that saw his side take three points at Brighton.

Despite being far from his best and giving away the opening penalty after a clumsy foul on Tariq Lamptey, the Portuguese international came away with a double-digit return reminiscent of the end of last season.

Over the last 2 Gameweeks, only De Bruyne (9) has provided more than his 7 attempted assists and only James Rodríguez (0.95) can better his 0.93 expected assists figure (xA). 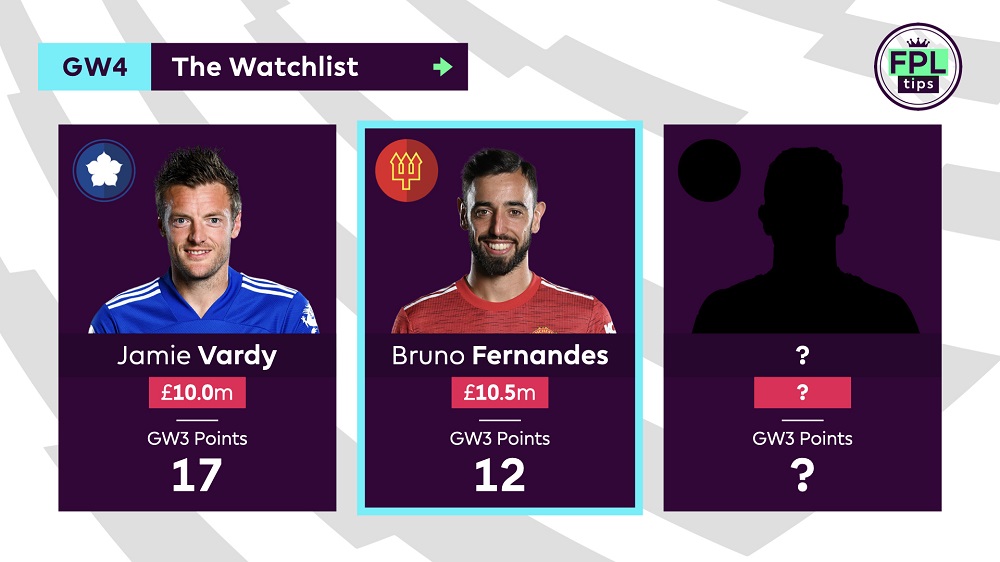 Manchester United were handed 14 penalties last season; 3 more than any other side.

With the new handball rule coming into play, we’ve seen 20 penalties awarded so far this season; there were just 8 awarded by the end of Gameweek 3 last season.

United have a mixed bag of upcoming fixtures; they host 3 of the traditional ‘big six’ teams in the next 4 Gameweeks but a trip to Newcastle in Gameweek 5 could see Bruno Fernandes become a popular captaincy option.

Riyad Mahrez returned to the Manchester City XI to face his former club and played a direct hand in both of his team’s goals (1 goal, 1 assist).

The Algerian matched De Bruyne with tallies of 3 attempted assists and 1 big chance created during the Gameweek, while only Sterling took as many as his 3 shots amongst teammates. 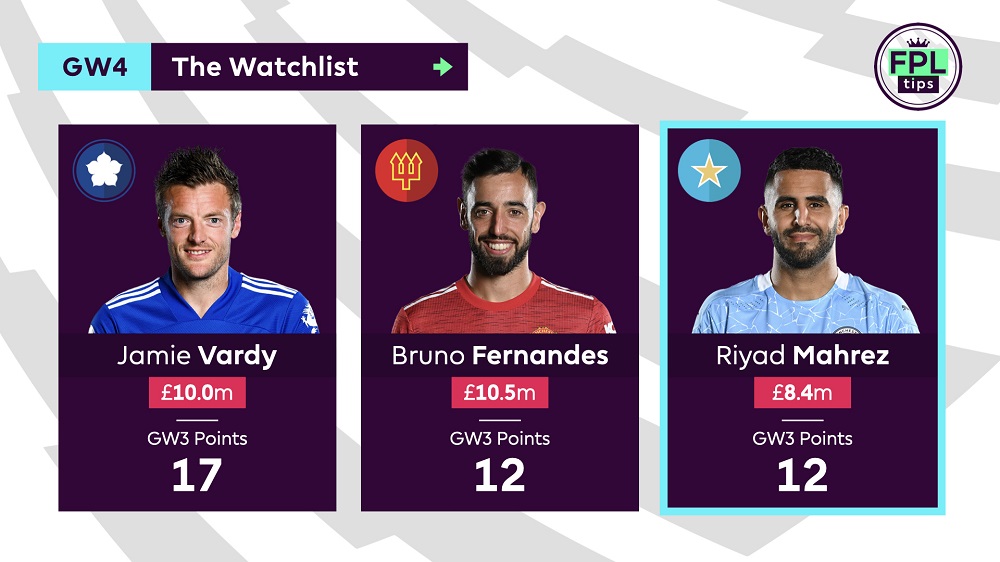 Injuries to Jesus, Aguero and Bernardo Silva should increase the amount of gametime Mahrez is handed in the coming Gameweeks.

Last season, he amassed an impressive 8.1 points per 90 minutes, from 11 goals and 14 assists in 33 appearances.

His tally of 18 big chances created was on par with Alexander-Arnold and only behind De Bruyne (33).

After suffering the heavy defeat to Leicester, Man City now face Leeds, West Ham and Sheffield United over the next 4 Gameweeks, where they’ll look to return to form.

Thank you for reading Fantasy Premier League Tips – ‘FPLTips Watchlist: Gameweek 4 Players to Watch’ which was written and published by FPLTips and FFPundits