An impressive double-digit return for Tottenham’s star striker, Harry Kane, puts him firmly at the top of our Gameweek 6 Watchlist.

The Watchlist series is back to identify some key players who caught the eye in Gameweek 5, ahead of the upcoming Fantasy Premier League schedule.

Here are three future transfer targets ahead of Gameweek 6 for both the @FFPundits and @_FPLTips teams.

As always, we have provided you with both a video and written version of our Gameweek 6 Watchlist preview. 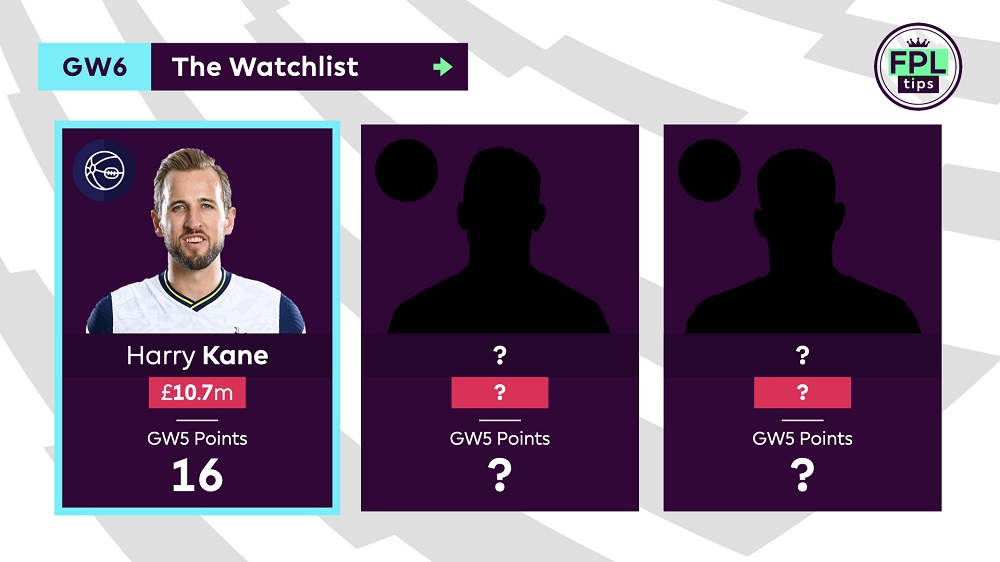 He featured on the Watchlist last Gameweek and after yet another double-digit return, Harry Kane remains firmly under consideration.

The England captain played a direct hand in all three of his side’s goals against West Ham, scoring twice from 6 attempts, after setting up Heung-Min Son in the opening minute.

That’s another big chance created for Kane; his 7th of the season, which is a league-leading figure.

Although he still drops deep at times and only ranks 9th for touches in the opposition’s box amongst FPL forwards this season (24), the 27-year-old is effective when he’s in there.

There are some tough tests on the horizon for Spurs, who face Man City, Chelsea and Arsenal back-to-back from Gameweek 9.

But there’s no denying the appeal of their next 3 matches, against Burnley, Brighton and West Brom. 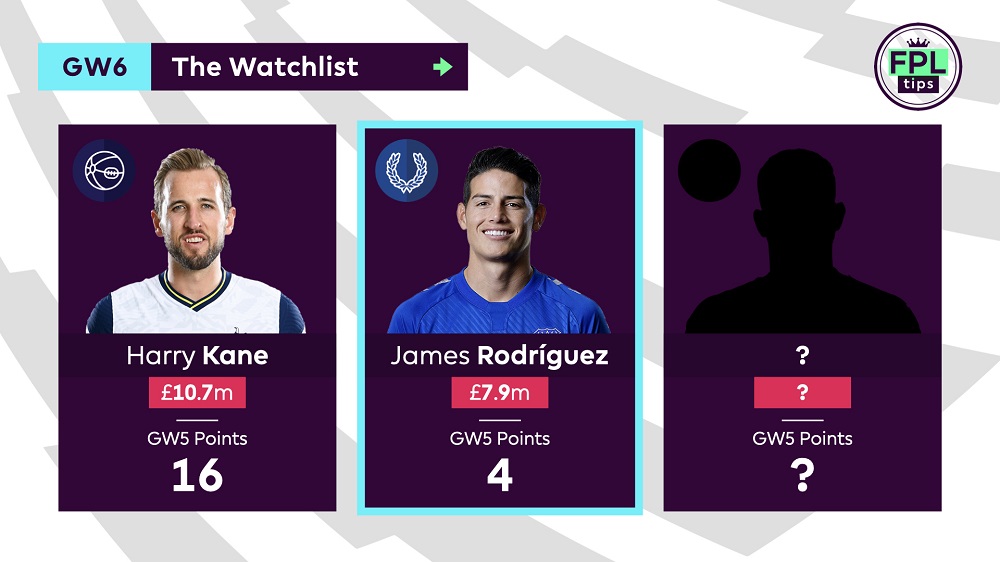 Everton maintained their unbeaten start with a draw in the heated Merseyside derby as James Rodriguez picked up his 6th goal involvement of the season.

The Colombian attempted 3 assists during the game and only Robertson (0.67) could better his 0.51 expected assists (xA) figure.

He ranks behind only Son (16) with a tally of 15 attempted assists this season and behind only Kane (7) with 5 big chances created.

Richarlison’s three-match suspension presents a challenge for Carlo Ancelotti but could it actually benefit Rodriguez.

In Gameweek 4, after the Brazilian was withdrawn through injury, Rodriguez played a more forward role and went on to earn his biggest points return of the season.

Both of his 2 big chances this season came during that match, as did 3 of his 6 shots in the box.

There’s also the possibility of him being handed penalty duties in Richarlison’s absence; he’s converted 13 out of 16 throughout his career. 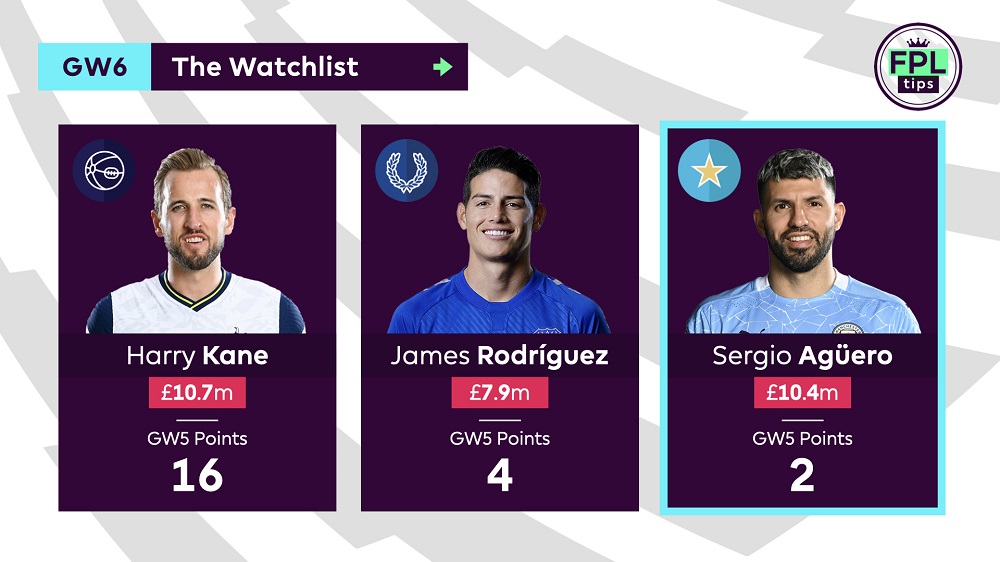 Manchester City returned to winning ways with a narrow win over Arsenal as Sergio Aguero made his first appearance since June after recovering from a knee injury.

He didn’t test Leno throughout his 64-minute appearance but did play his part creatively, supplying 2 big chances; both of which were missed by Foden.

City have been far from their best in front of goal this season; they rank 11th with an average of 1.75 goals per game but only four teams can better their 2 big chances per game.

They’ve created a chance every 5.8 minutes, with only Liverpool faring better (4.9).

The fixtures really improve from Gameweek 10, where they host Burnley, Fulham and West Brom over a four-match spell.

But ties with West Ham and Sheffield Utd up next will give us a good chance to assess the Argentine.

Thank you for reading Fantasy Premier League Tips – ‘FPLTips Watchlist: Gameweek 6 Players to Watch’ which was written and published by FPLTips and FFPundits

Fantasy Premier League tips: Who should I captain in FPL Gameweek 10?