The Watchlist series is back to identify some key players who caught the eye in Gameweek 6, ahead of the upcoming Fantasy Premier League schedule.

Here are three future transfer targets ahead of Gameweek 7 for both the @FFPundits and @_FPLTips teams.

As always, we have provided you with both a video and written version of our Gameweek 7 Watchlist preview. 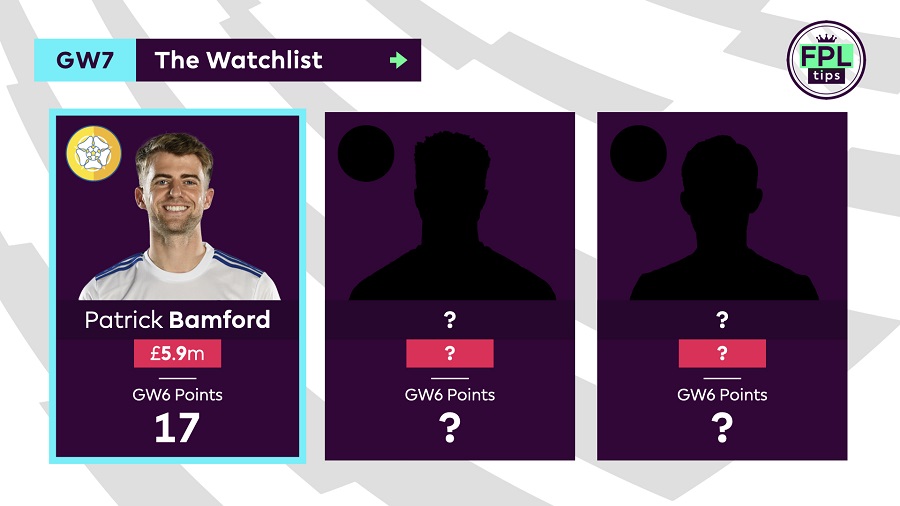 It was impossible not to be impressed by Patrick Bamford’s hat-trick in the 3-0 win over Aston Villa.

The expert finishes on the second and third goals were particularly eye-catching and indicative of a man full of confidence.

No player has taken as many as his 9 shots during the Gameweek so far, while his 4 shots on target and 7 efforts in the box are also leading tallies.

The 27-year-old has now amassed 6 goals and 2 assists this season, averaging 8.2 points per game.

Harry Kane is the only forward with more than his 49 FPL points and only Calvert-Lewin (12) and Kane (13) have landed more than his 11 shots on target.

Leeds have some favourable fixtures to end the calendar year, hosting Leicester, West Ham, Newcastle and Burnley, to name a few. 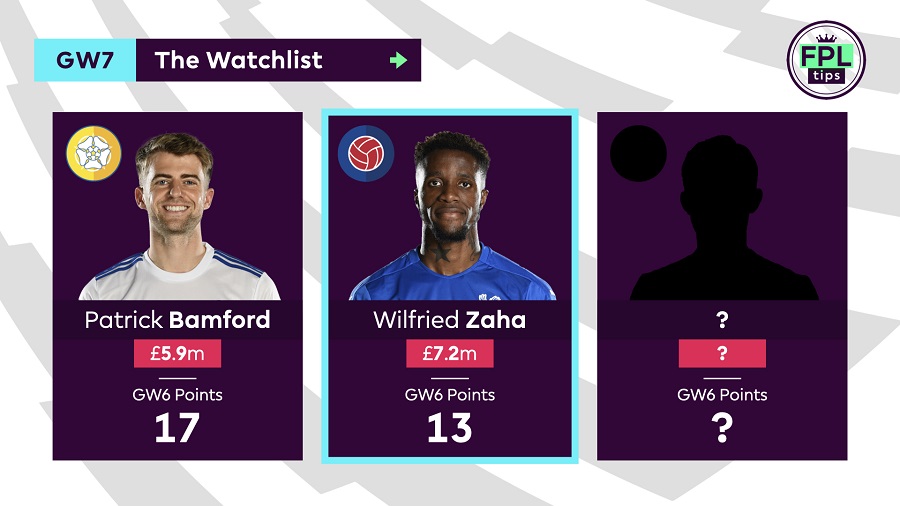 Crystal Palace have soared up the table after Wilfried Zaha inspired a 2-1 win over Fulham, playing a hand in both goals.

Only Bamford (4) landed more than his 3 shots on target over the weekend, while no player created as many as his 2 big chances.

Although the Eagles had just 36% possession, Zaha managed an impressive 15 touches in the opposition’s box; more than any other player in Gameweek 6 so far.

The Ivorian has enjoyed his best ever start to a season, producing 5 goals and 1 assist to average 8.0 points per game.

Amongst FPL midfielders, only Mané (20) and Salah (29) can better his 15 total shots or his 13 efforts from inside the box.

Crystal Palace will hope to build on their positive start over the next 5 Gameweeks, where they host Leeds and Newcastle, amongst away ties with Wolves, Burnley and West Brom. 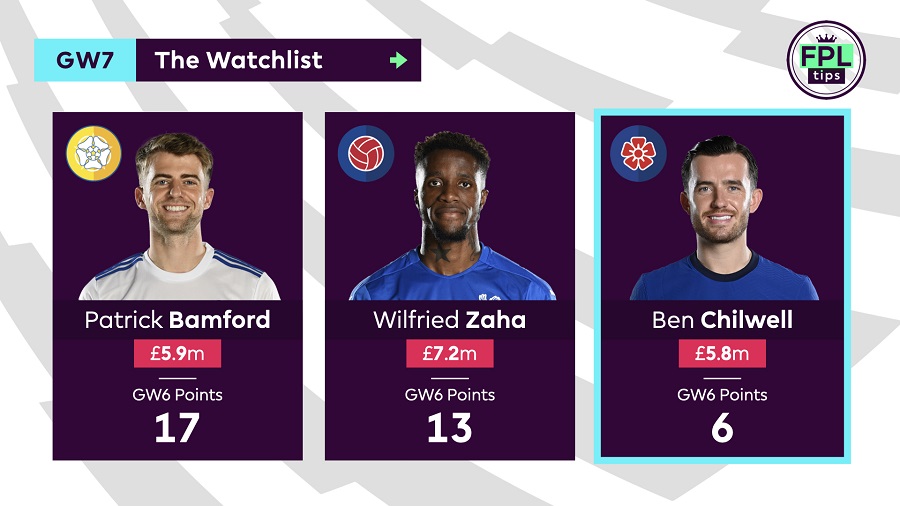 Chelsea restricted Manchester United to just 4 efforts on target and 0 big chances in their goalless draw at Old Trafford on Saturday.

Since Ben Chilwell made his Premier League debut for the Blues in Gameweek 4, they’ve gone on to keep 3 clean sheets in 4 matches in all competitions.

No defender has amassed more than his 27 FPL points over the last 3 Gameweeks; an average of 9.0 points per game.

The left-back has attempted 9 assists in that time; only behind Grealish (10) and Bruno Fernandes (11), while no defender has taken more than his 2 shots on target.

Chelsea have allowed opponents the joint-fewest number of big chances over the last 3 Gameweeks (2), along with Wolves, Southampton and Newcastle.

The next 3 Gameweeks could see them build on recent results, with Sheffield United travelling to Stamford Bridge, amongst away ties with Burnley and Newcastle.

Thank you for reading Fantasy Premier League Tips – ‘FPLTips Watchlist: Gameweek 7 Players to Watch’ which was written and published by FPLTips and FFPundits