Manchester City’s Kevin de Bruyne has been added to our Fantasy Premier League Watchlist ahead of Gameweek 8 clash with Liverpool.

The Watchlist series is back to identify some key players who caught the eye in Gameweek 7, ahead of the upcoming Fantasy Premier League schedule.

Here are three future transfer targets ahead of Gameweek 8 for both the @FFPundits and @_FPLTips teams.

As always, we have provided you with both a video and written version of our Gameweek 8 Watchlist preview.

Please note that all player prices , injury status’, live betting odds from Betway and ownership percentages were correct at the time or recording and writing. 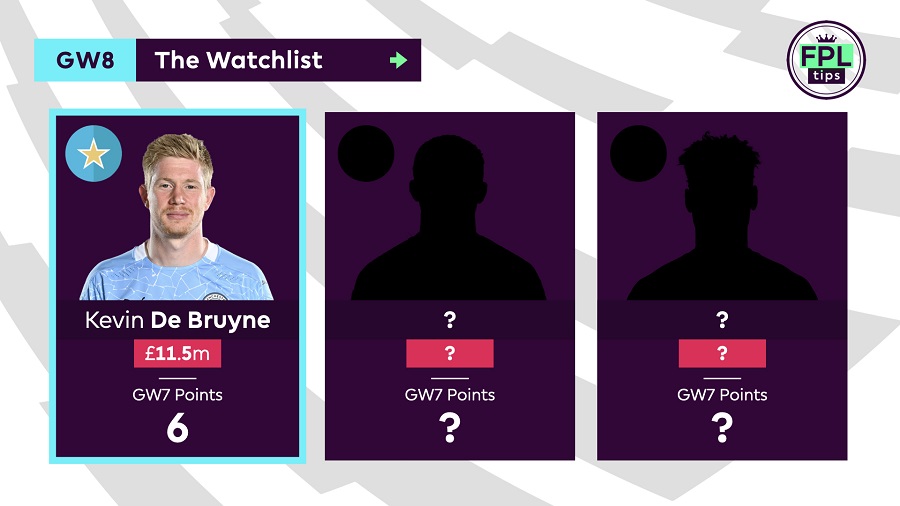 De Bruyne was awarded a generous assist against Sheffield United after Kyle Walker opened the scoring with a long-range effort, having received the ball from the Belgian.

But the 29-year-old attempted 3 assists in total during the game, with only Cancelo (4) offering more, from either side.

His tally of 18 attempted assists this season is on par with Salah; only Bruno Fernandes (19) has managed more.

Whilst there’s no immediate rush to buy Man City assets, with games against Liverpool and Spurs up next, the upcoming fixture swing is worth planning for.

From Gameweek 10, they face a long run of favourable fixtures, including home ties with Burnley, Fulham, West Brom and Newcastle over a six-match spell.

Despite a slow start to the season, Man City have created a chance every 6.6 minutes on home turf, with only Aston Villa (5.7) and Liverpool (5.5) faring better. 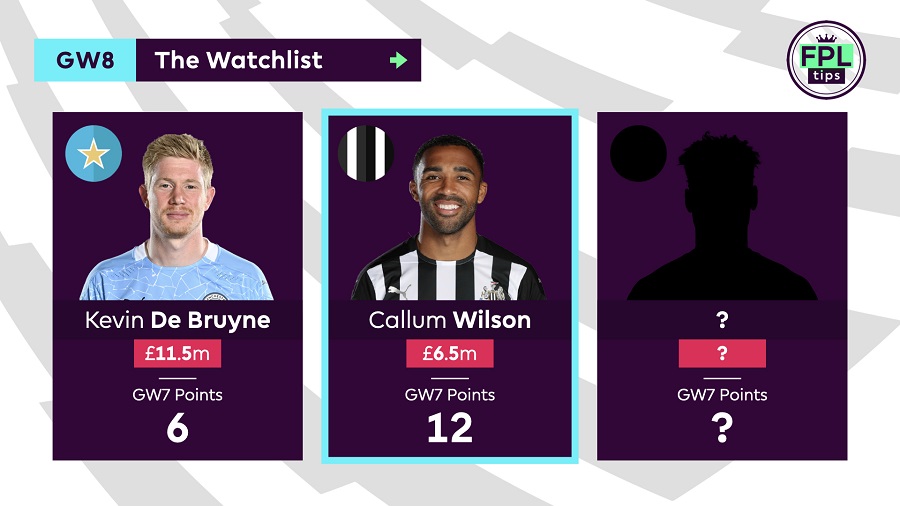 The emergence of budget forward options has come at the right time to potentially help fund those premium Man City assets.

Callum Wilson scored both Newcastle goals in their 2-1 win over Everton, converting a penalty he’d won himself before meeting Ryan Fraser’s cross to tap in from close range.

No player has had more than his 2 big chances during Gameweek 7 so far, while only Jack Grealish (5) can better his 4 shots in the box.

Over the last 4 Gameweeks, the 28-year-old ranks joint-top with Watkins for big chances – with 6, while his 3.58 expected goals (xG) is a league-leading figure according to Betway.

Newcastle have some promising upcoming fixtures before Gameweek 15, taking on West Brom and Fulham at home, amongst away ties with Crystal Palace, Aston Villa and Leeds. 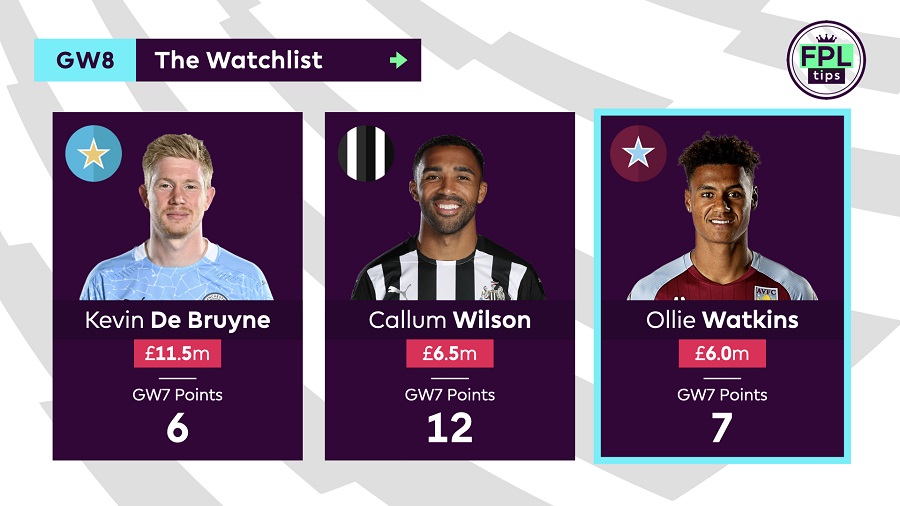 Aston Villa sparked into life late on against Southampton after Ollie Watkins fired in from the penalty spot, but two stoppage time goals were not enough to avoid defeat.

No side have had as many as their 10 shots on target during the Gameweek so far, while only Newcastle can equal their 4 big chances.

Over the last 4 Gameweeks, only Spurs have scored more goals (12 to 11) and only Liverpool have had more big chances (15 to 14), according to the stats on Betway.

Watkins ranks joint-top with Callum Wilson for big chances over that period (6), while his tally of 7 efforts on target is on par with Kane, Calvert-Lewin and Bamford; only Salah (9) has landed more.

No FPL forward has taken as many as his 27 touches in the opposition’s box over the same period.

Aston Villa have the fixtures to continue their impressive form in front of goal, hosting Brighton, Newcastle, Burnley and Crystal Palace over the next 8 Gameweeks.

Thank you for reading Fantasy Premier League Tips – ‘FPLTips Watchlist: Gameweek 8 Players to Watch’ which was written and published by FPLTips and FFPundits