If you didn’t manage to enter your team for FanTeam’s €1,000,000 fantasy game before the Gameweek 1 deadline – fear not!

You have another chance to register a team ahead of this weekend’s Premier League Gameweek action – and you won’t start on zero points as the Gameweek 1 entries did.

Late Registration is now open for the FanTeam season-long game, with late entrants still firmly in contention for the €200,000 top prize, as well as the profit for finishing in the top 5,659 places. 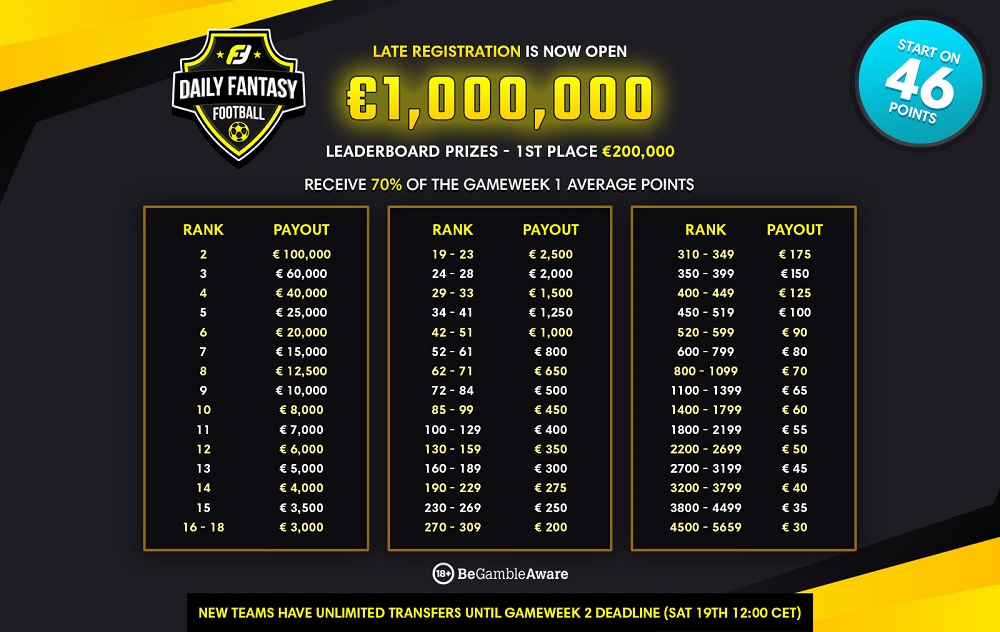 New teams registered before the next Gameweek 2 deadline on Saturday at 11am BST will start with 70% of the average Gameweek 1 score – which equates to 46 points).

This mean, if you enter a team for Gameweek 2, you will immediately have more points than roughly 7,000 managers who entered the competition before Gameweek 1, with the addition of several extra benefits, which we’ll explain below.

Late entries to FanTeam’s €1m season-long game will be able to make unlimited transfers between now and the Gameweek 2 deadline. Just like activating your Wildcard or Free Hit on FPL.

It can feel like shooting in the dark picking a team before the season starts, with no meaningful form or confidence to draw from in most cases.

This, however, is not the case for late entrants to FanTeam’s season-long game, as they will have the added benefit of seeing 16 Premier League teams in action before they choose their side. 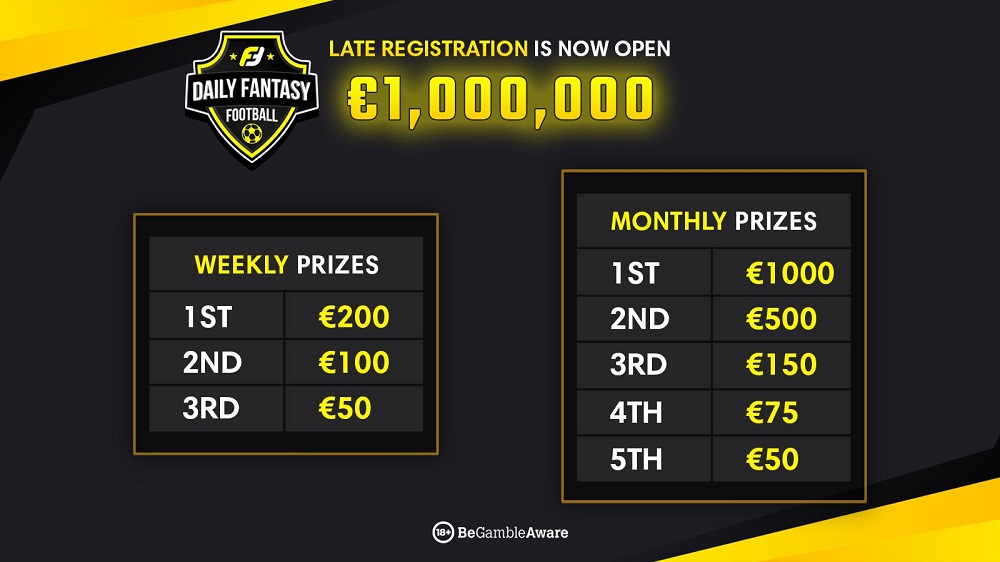 This allows managers to observe how teams will line up, how new signings are being integrated, utilise underlying statistics and their own eye-test judgements when creating their teams from scratch.

Could late entrants potentially gain an edge by selecting the likes of Bruno Fernandes (11.0M) and Raheem Sterling (11.0M) from the off, where managers starting before Gameweek 1 may have omitted these players due to the tricky blank to start the season.

If you’re new to FanTeam, check out our Introduction to FanTeam article here to see what it’s all about, or simply click the yellow FanTeam below for more info and to create your free account.