Praised for their heavy press and high defensive work-rate, the 2019/20 EFL Championship winners recorded a league-high total of 22 clean sheets; 5 more than any other side.

Alternating between 4-1-4-1 and 3-3-1-3 formations in their fluid system, Leeds ranked joint-2nd with 77 goals scored; on par with West Brom and only bettered by Brentford (80). 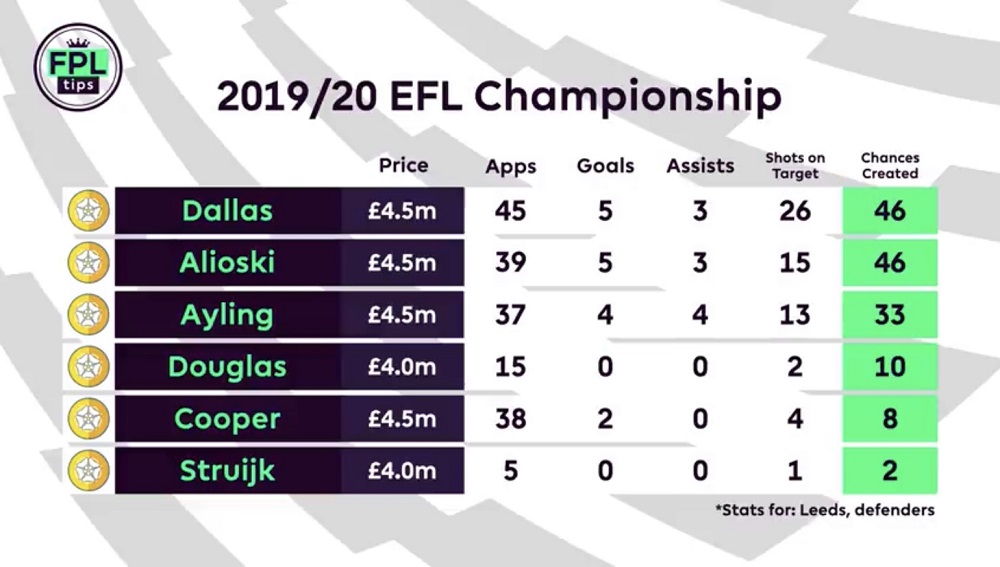 Full-backs Stuart Dallas and Luke Ayling are the standout picks in defence and there’s very little between the pair; they each were directly involved in 8 goals last season.

Whether at left-back, right-back or central-midfield, Bielsa always seemed to find a place for Dallas, who started 45 out of 46 games.

No Leeds defender created more chances than his 46, while no other Championship defender fired more than his 77 shots.

Patrick Bamford (56) was the only teammate able to better his 26 efforts on target, across all positions. 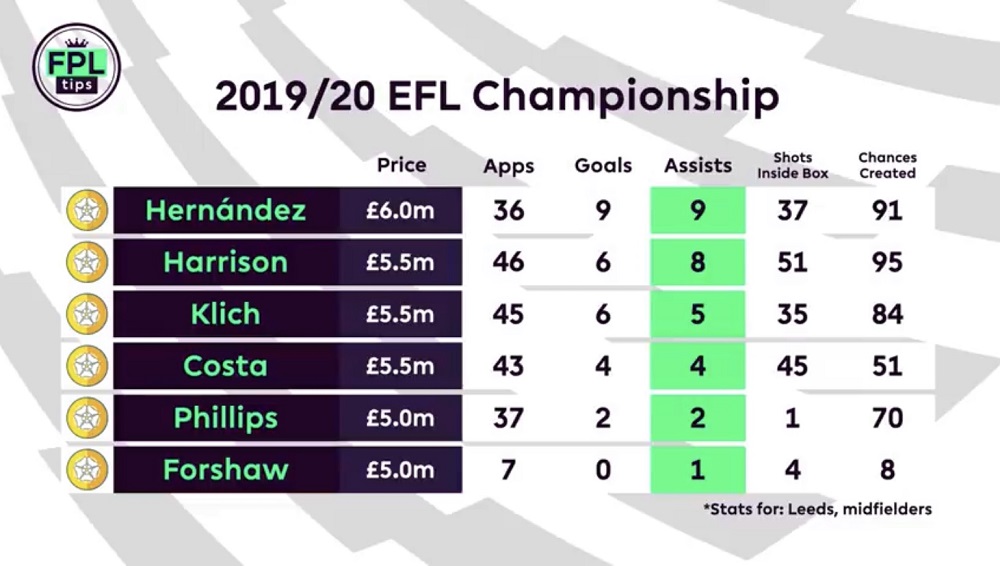 Whilst the main appeal from an FPL point of view looks to be with the Leeds defence, Jack Harrison and Pablo Hernández were the side’s main creators in midfield, producing 8 and 9 assists respectively.

At 35 years of age, Hernández is the oldest member of the squad and was occasionally rotated; starting just 27 of the 46 games.

Harrison, meanwhile, featured in every single game and started all but one.

No teammate created more chances than his 95, while only Patrick Bamford (143/104) could better his tallies of 78 total attempts and 51 shots in the box.

On loan from Man City, the 23-year-old has already extended his agreement with Leeds for the 2020/21 campaign. 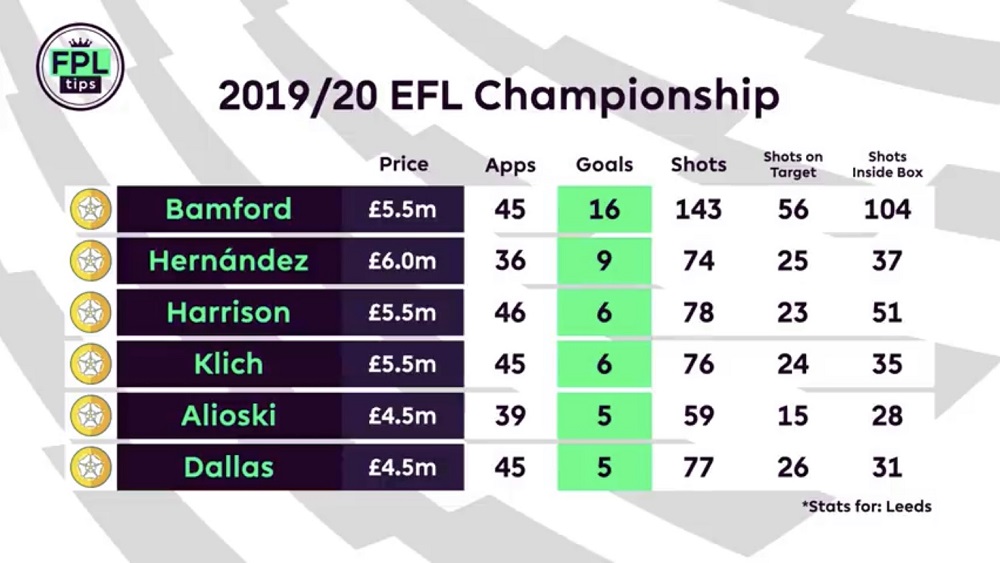 Making 45 appearances (43 of which were from the start), Patrick Bamford operated as the lone striker and is currently the only forward option from Leeds in FPL.

His tally of 16 goals ranked joint-6th in the division and was 7 more than any teammate managed but the underlying numbers suggest he had the service to do even better.

No player in the league managed as many as his 104 attempts from inside the box.

With question marks over Bamford’s finishing, it wouldn’t be a huge surprise to see Bielsa dip into the transfer market this summer; they’re currently linked with a move for 29-year-old Valencia striker Rodrigo.

Thank you for reading ‘Fantasy Premier League Tips: Leeds United – FPL Players to Watch from Promoted Teams’ which was written and produced by @_FPLtips