Here’s the third of our Fantasy Premier League promoted teams articles where we look at Championship runners-up, Norwich City

Making an immediate return to the top-flight at the first time of asking, Norwich stuck with the winning formula that saw them gain promotion in the 2018/19 season.

Still under the management of Daniel Farke, the Canaries are now a more well-rounded team; keeping five more clean sheets than they managed two years ago (18 to 13).

But their total of 75 goals, though still impressive – and the second-best tally in the division behind Brentford (79) – was, in fact, 18 fewer than last time around. 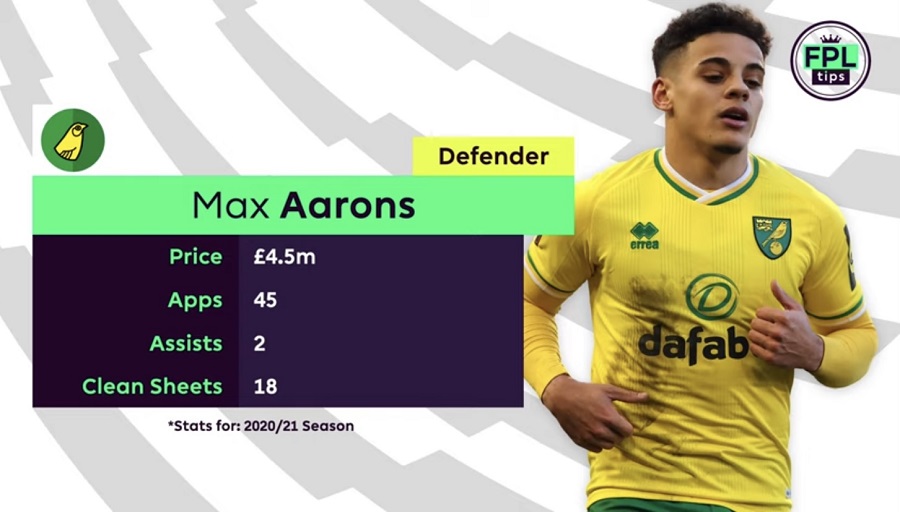 Starting 45 out of 46 games, no player earned more minutes for Norwich last season than Max Aarons (4049).

Present for all 18 of the side’s clean sheets, the right-back was named in the PFA Championship Team of the Year, alongside centre-back Grant Hanley and goalkeeper Tim Krul.

Although his tally of 2 assists was four fewer than in the 2018/19 campaign, the 21-year-old improved his output of attempted assists from 31 to 61; only trailing Wycombe’s Joe Jacobson (68) amongst Championship defenders.

But it was midfielder Emi Buendia who was the most creative player for the Canaries last season, before completing his move to Aston Villa this summer.

No player in the division provided as many assists (16), while his total of 122 attempted assists was 36 more than any other player. 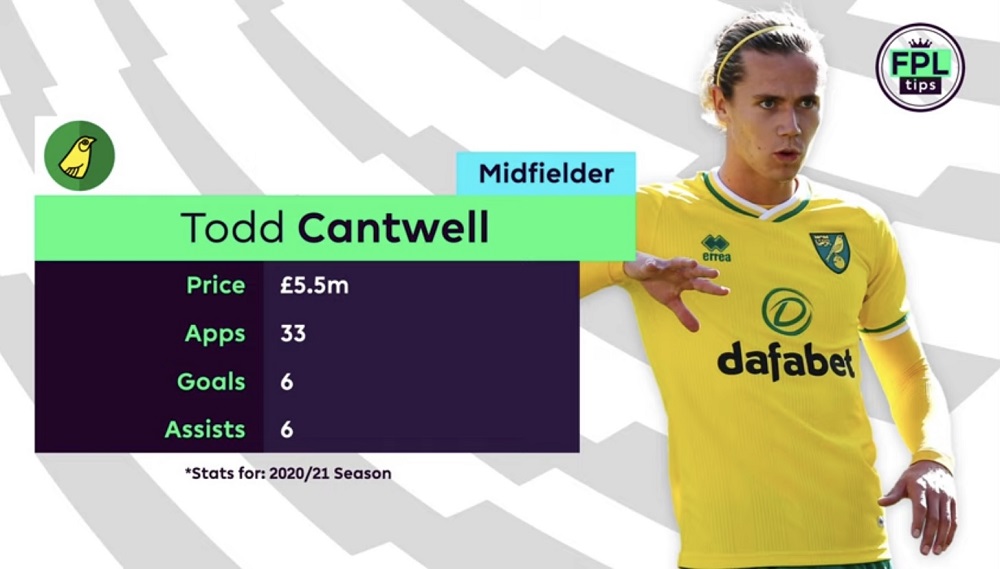 In the absence of Buendia, Daniel Farke’s side will perhaps be more reliant on the creativity of attacking midfielder Todd Cantwell.

Making 30 starts and a further 3 appearances from the bench last season, only Teemu Pukki (30) could better his 12 goal involvements (6 goals, 6 assists) amongst remaining teammates.

The 23-year-old provided 52 attempted assists; second only to Max Aarons (61).

Tallies of 67 shots, with 36 from inside the box and 19 on target each ranked top amongst current Norwich midfielders.

It’s also worth pointing out that 20-year-old Billy Gilmour has now joined the Canaries on a season-long loan from Chelsea.

The central midfielder made 11 appearances last season, across Premier League, Champions League and FA Cup and was named UEFA’s Man of the Match when Scotland held England to a goalless draw at EURO 2020. 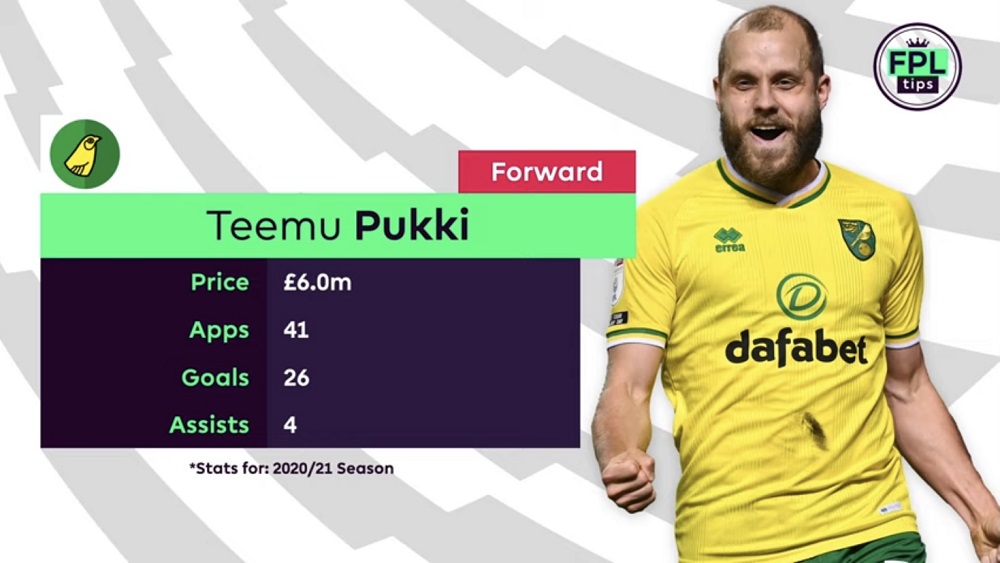 After making a strong start to the 2019/20 Premier League season, the goals dried up for Teemu Pukki in the second half of the campaign.

But he recaptured his form to fire Norwich to their first-place finish in the Championship last season with 26 goals; just three fewer than his 2018/19 tally.

Continuing to operate as a lone striker in a 4-2-3-1 formation, the Finn was directly involved in 40% of his team’s goals and his total of 137 shots ranked second in the division.

But it’s a tricky start to life back in the top-flight for the Canaries, who face consecutive matches against ‘big six’ sides (plus Leicester), before a more encouraging run between Gameweeks 5 and 14.

Thank you for reading ‘Fantasy Premier League Tips: ‘Norwich: Players to Watch from Promoted Teams’ which was written and produced by FFPundits & FPLTips.